6 Things You Should Know About the First Black Author, Phyllis Wheatley 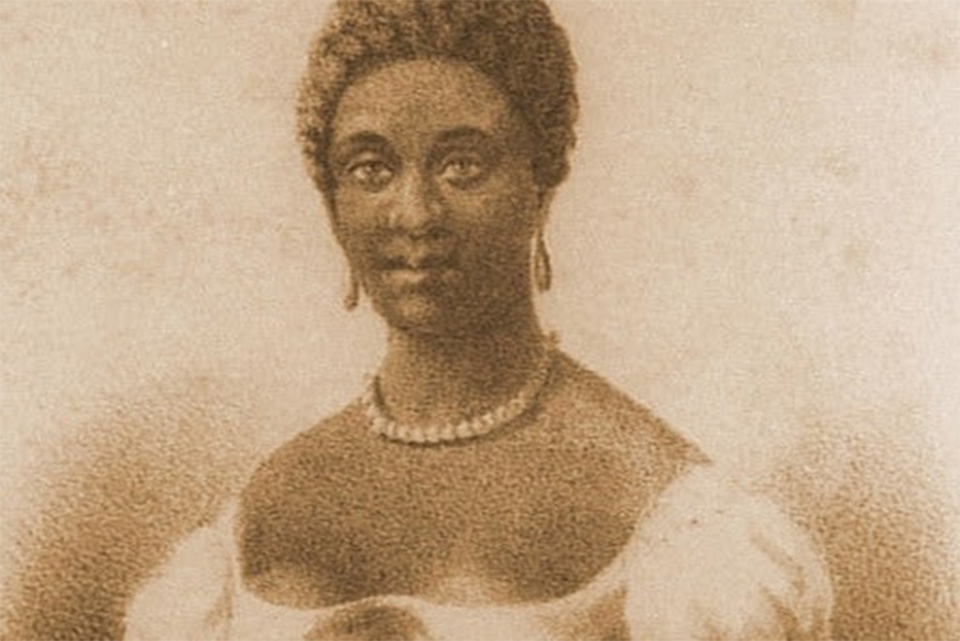 She paved the way.

Phillis Wheatley Peters, also spelled Phyllis Wheatley, was one of the most known poets of pre-19th century America. Enslaved in the home of prominent Boston businessman John Wheatly, the family helped educate a young Wheatly, teaching her to read and write and assisting with publishing her works as a young adult all across the globe. Eventually, Wheatley made history as the first Black author to have her work published as a book.

Her work helped propel the antislavery movement and served as a model for abolitionists looking to prove that Black people were both intellectual and artistic. After the death of Wheatley’s owners, who also served as her benefactors, she married, allegedly having children, although it has never been confirmed. Times were hard and the couple struggled, Wheatley working her whole life to replicate her initial success. However, she failed to generate interest for a second book and passed away on December 5, 1784. Despite her tumultuous life, Wheatley still considered herself blessed. Today, we thank her deeply for the roads she paved. Here are 6 things you should know about the first Black author, Phyllis Wheatley, courtesy of the Poetry Foundation:

She was originally from Senegal.

“Wheatley was seized from Senegal/Gambia, West Africa, when she was about seven years old. She was transported to the Boston docks with a shipment of “refugee” slaves who, because of age or physical frailty, were unsuited for rigorous labor in the West Indian and Southern colonies, the first ports of call after the Atlantic crossing. In the month of August 1761, 'in want of a domestic,' Susanna Wheatley, wife of prominent Boston tailor John Wheatley, purchased 'a slender, frail female child ... for a trifle' because the captain of the slave ship believed that the waif was terminally ill, and he wanted to gain at least a small profit before she died. A Wheatley relative later reported that the family surmised the girl—who was 'of slender frame and evidently suffering from a change of climate,' nearly naked, with 'no other covering than a quantity of dirty carpet about her'—to be 'about seven years old ... from the circumstances of shedding her front teeth.'

Wheatley wrote her first known poem when she was only 13.

“After discovering the girl’s precociousness, the Wheatleys, including their son Nathaniel and their daughter Mary, did not entirely excuse Wheatley from her domestic duties but taught her to read and write. Soon she was immersed in the Bible, astronomy, geography, history, British literature (particularly John Milton and Alexander Pope), and the Greek and Latin classics of Virgil, Ovid, Terence, and Homer. In “To the University of Cambridge in New England” (probably the first poem she wrote but not published until 1773), Wheatley indicated that despite this exposure, rich and unusual for an American slave, her spirit yearned for the intellectual challenge of a more academic atmosphere.

Although scholars had generally believed that An Elegiac Poem, on the Death of that Celebrated Divine, and Eminent Servant of Jesus Christ, the Reverend and Learned George Whitefield ... (1770) was Wheatley’s first published poem, Carl Bridenbaugh revealed in 1969 that 13-year-old Wheatley—after hearing a miraculous saga of survival at sea—wrote “On Messrs. Hussey and Coffin,” a poem which was published on 21 December 1767 in the Newport, Rhode Island, Mercury.”

She was the first Black author to have a book published, released in 1773.

“By the time she was 18, Wheatley had gathered a collection of 28 poems for which she, with the help of Mrs. Wheatley, ran advertisements for subscribers in Boston newspapers in February 1772. When the colonists were apparently unwilling to support literature by an African, she and the Wheatleys turned in frustration to London for a publisher. Wheatley had forwarded the Whitefield poem to Selina Hastings, Countess of Huntingdon, to whom Whitefield had been chaplain. A wealthy supporter of evangelical and abolitionist causes, the countess instructed bookseller Archibald Bell to begin correspondence with Wheatley in preparation for the book.

Wheatley, suffering from a chronic asthma condition and accompanied by Nathaniel, left for London on May 8, 1771. The now-celebrated poetess was welcomed by several dignitaries: abolitionists’ patron the Earl of Dartmouth, poet and activist Baron George Lyttleton, Sir Brook Watson (soon to be the Lord Mayor of London), philanthropist John Thorton, and Benjamin Franklin. While Wheatley was recrossing the Atlantic to reach Mrs. Wheatley, who, at the summer’s end, had become seriously ill, Bell was circulating the first edition of Poems on Various Subjects, Religious and Moral (1773), the first volume of poetry by an African American published in modern times.”

Wheatley is best known for her elegies, more than a third of her poems focusing on them.

“Poems on Various Subjects revealed that Wheatley’s favorite poetic form was the couplet, both iambic pentameter and heroic. More than one-third of her canon is composed of elegies, poems on the deaths of noted persons, friends, or even strangers whose loved ones employed the poet.”

She used classical techniques and biblical symbolism to speak to the horrors of slavery and greatness of America.

“In addition to classical and neoclassical techniques, Wheatley applied biblical symbolism to evangelize and to comment on slavery. For instance, “On Being Brought from Africa to America,” the best-known Wheatley poem, chides the Great Awakening audience to remember that Africans must be included in the Christian stream: ‘Remember, Christians, Negroes, black as Cain, /May be refin’d and join th’ angelic train.’

The remainder of Wheatley’s themes can be classified as celebrations of America. She was the first to applaud this nation as glorious “Columbia” and that in a letter to no less than the first president of the United States, George Washington, with whom she had corresponded and whom she was later privileged to meet. Her love of virgin America as well as her religious fervor is further suggested by the names of those colonial leaders who signed the attestation that appeared in some copies of Poems on Various Subjects to authenticate and support her work: Thomas Hutchinson, governor of Massachusetts; John Hancock; Andrew Oliver, lieutenant governor; James Bowdoin; and Reverend Mather Byles. Another fervent Wheatley supporter was Dr. Benjamin Rush, one of the signers of the Declaration of Independence.”

Despite her international fame, Wheatley published many of her work while still enslaved.

“Wheatley was manumitted some three months before Mrs. Wheatley died on March 3, 1774. Although many British editorials castigated the Wheatleys for keeping Wheatley in slavery while presenting her to London as the African genius, the family had provided an ambiguous haven for the poet. Wheatley was kept in a servant’s place—a respectable arm’s length from the Wheatleys’ genteel circles—but she had experienced neither slavery’s treacherous demands nor the harsh economic exclusions pervasive in a free-black existence.”