Steph Curry Aims to Inspire With 'I Have a Superpower' Book 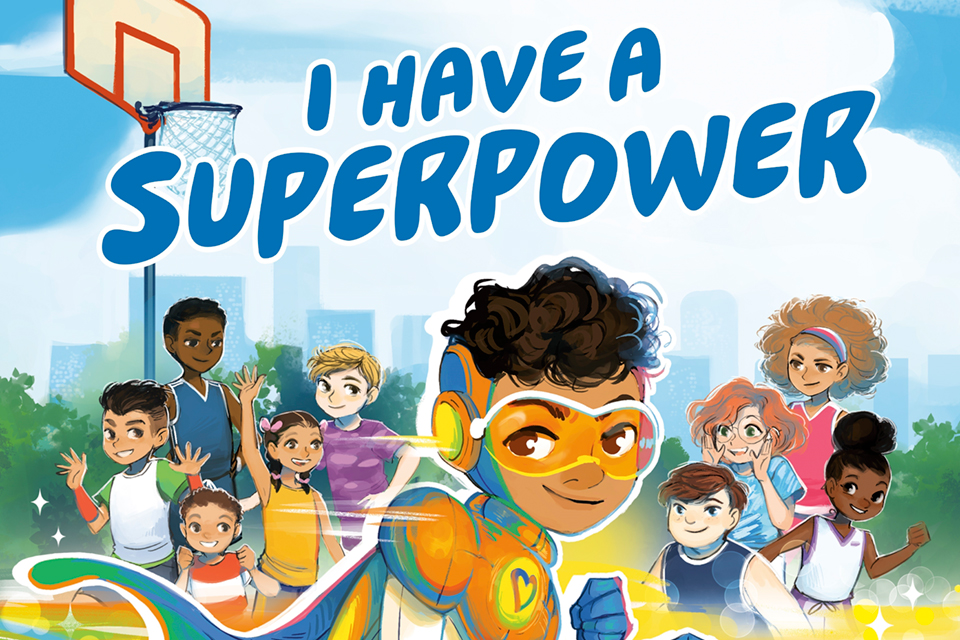 “This is our first project out and (we want) to hopefully reach the next generation of kids that are dreaming big, are going to be the next leaders and game changers,” said Curry of “I Have a Superpower” illustrated by Geneva Bowers. “We want them to be able to set their sights on what they want to accomplish in the world and really believe that it’s possible.”

The father of three says the book was partly inspired by his own children's love of reading.

“You kind of have your kids in mind when you’re talking about a book, and then you realize that this is kind of a universal opportunity to reach the next generation,” explained the four-time NBA champion and reigning Finals MVP.

A member of the NBA’s prestigious 75th Anniversary team and executive producer of the “Holey Moley” game show, Curry spoke with The Associated Press about empowering children and the upcoming NBA season. Answers have been edited for clarity and brevity.

AP: What do you want young people to learn from “I Have a Superpower?”

CURRY: We’re all unique and we all have something to offer the world. And if you have a work ethic, if you have a belief and you feel like whatever that requires is already inside of you, then good things will happen.

AP: What would you tell parents who might say it’s easy for you to tell kids “just work hard?”

CURRY: You can always go back to when I started playing basketball when I was 5 years old — I first started playing organized basketball at 9. I was undersized, scrawny and never, ever talked about as being the greatest at anything. And (I) had to go through those experiences of trying and failing... I think that’s something that most people will hopefully be able to learn from, connect with and be inspired by. 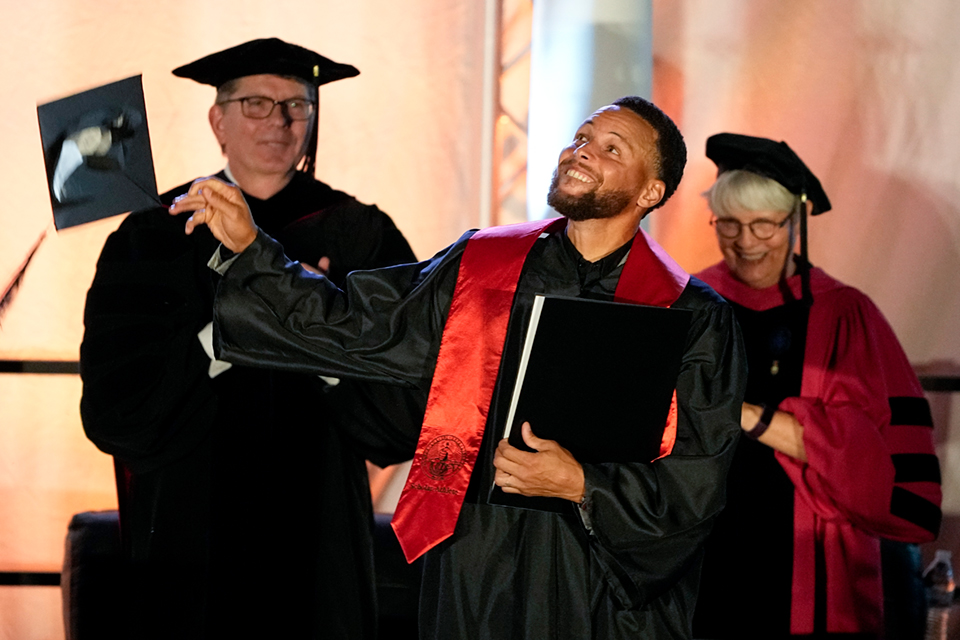 Golden State Warriors Stephen Curry tosses his cap in the air after his graduation ceremony at Davidson College on Wednesday, Aug. 31, 2022, in Davidson, N.C. Curry was also inducted into the school's Hall of Fame and his number and jersey were retired during the event. (AP Photo/Chris Carlson)

AP: You and your wife, Ayesha, are building a media brand with TV shows and books. Why choose the media space to make an impact?

CURRY: There are a lot of different mediums to story-tell and to inspire. And publishing and writing this book is another example of ways to connect and kind of broaden your horizons... my wife showed me how it’s done, so now I got to follow in her footsteps a little bit.

AP: Switching gears, most of this NBA offseason has been focused on the Brooklyn Nets drama with Kevin Durant and Kyrie Irving along with the Lakers daily soap opera. Are you aware that much of the talk has not been about the Warriors, despite being the defending champions?

CURRY: We’re aware of everything that happens in the League in terms of different storylines and rumors and all that. It is the best place to watch it all happen when you’re holding the trophy and enjoying your summer and understanding, as the champs, you’re the ones being chased again now.

We don’t need anybody to talk about us. We know what we accomplished; it’s about getting ready for another run (and) we feel like we can do it again.

AP: Sports fans know that you’ve probably transformed the way basketball is played forever. Are you personally aware of how you’ve changed the game?

CURRY: I’m aware, but part of it is for me to keep doing what I’m doing in my career and hopefully stay at this level for as long as I can. There is no sense that I’ve hit my peak. I always feel like I can get better. So, I’m motivated by how far I can stretch this.

The biggest message for how I changed the game is that is possible, how I play is definitely possible… But it requires a crazy amount of work that I’ve been doing since I was 9 years old. So, I don’t want anybody to feel like they can skip steps to get there.