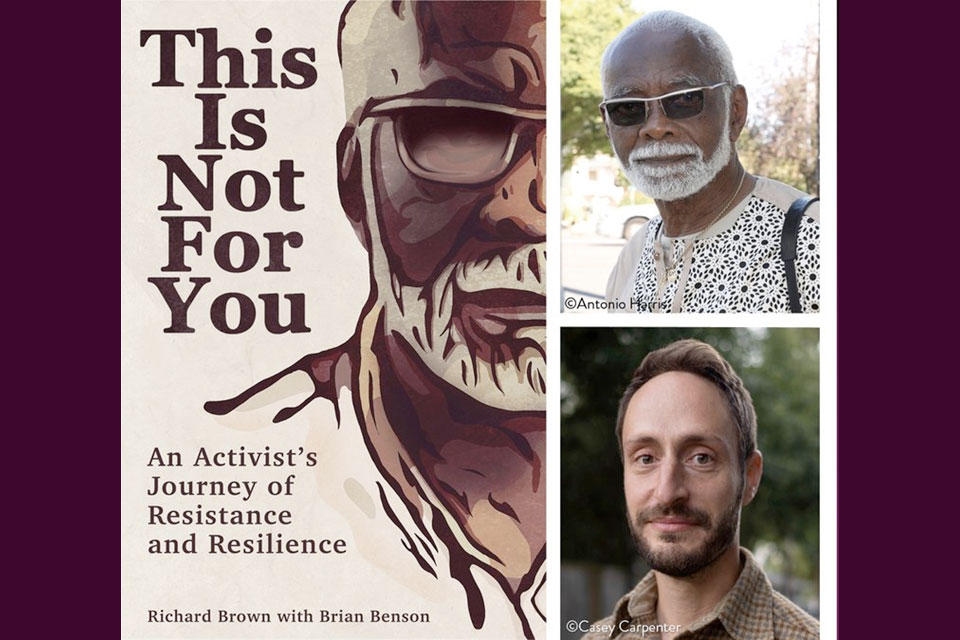 Portland activist and photographer, Richard Brown’s new book, This is Not For You, recently hit the book shelves at Powell’s bookstore, and has sold out. Brown and co-author, Brian Benson, were interviewed last Friday and the webinar can be viewed on Powell's YouTube channel.

This is a book about how and why to become an engaged, activist citizen, and how activists can stay grounded, no matter how deeply they immerse themselves in the work. It also offers an intimate, firsthand look at policing: what policing is and could be, how civilians can have a say, and how police can and should be responsive to and inclusive of civilian voices.

This Is Not for You speaks on every page about being Black in America: about Black pride; Black history, art, and culture; and the experience of resisting white supremacy. It also stands as a much-needed counter-narrative to “Portlandia,” telling a different story about the city and who has shaped it. Brown will be joined in conversation by coauthor Brian Benson. This event will be moderated by Sienna Rose Kaske, transformative justice practitioner, organizer, and writer.

Read more: The Skanner speaks to Brown about passing down history

"Richard Brown tells a story that punctures the myths of Portland, Oregon, as a progressive utopia.

"From education to police policy, Brown dismantles systemic racism in a story that drives to the heart, because he was there — and tried to fix it. Put this book on your must-read list." –Rene Denfeld, death row investigator and bestselling author of The Child Finder

Richard J. Brown is a community activist and photographer. Originally from Harlem, he served in the Air Force for twenty years before landing in Portland, Oregon, where he works tirelessly to empower Black people and to bridge the gap between the police and the Black community. This is his first book.