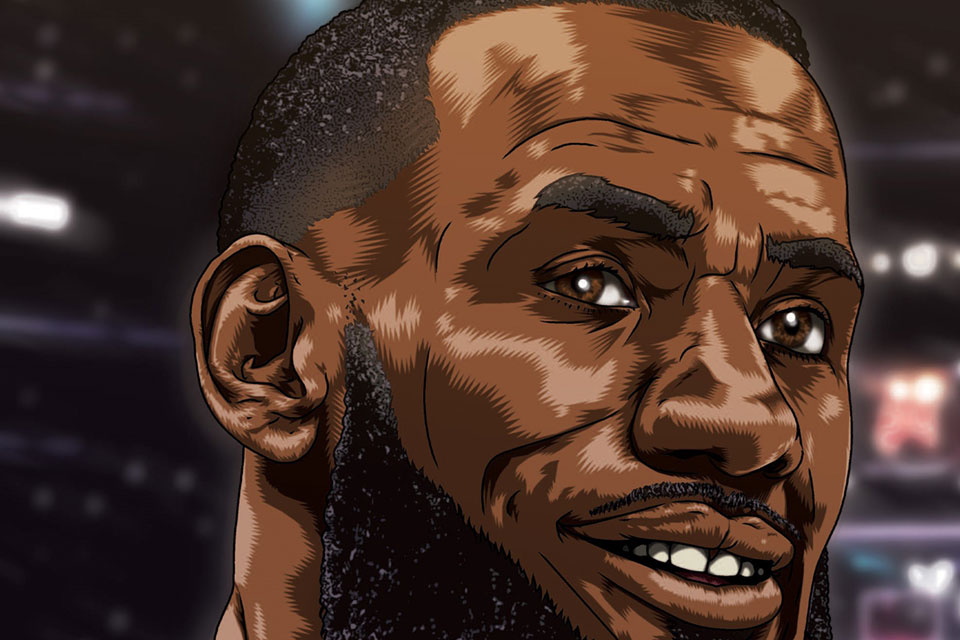 TidalWave Comics will release “Fame: LeBron James” in print and digital on November 13. Written by Portland's Scott Davis, drawn by Angel Bernuy, and featuring cover art by famed comic book artist Brent Sprecher, this 24-page book is available both digitally and in print and can be found on multiple platforms.

Biographies featuring Portland icons such as Nike's Phil Knight and Blazers' Damian Lillard are planned for release in 2020.

Is LeBron James the greatest basketball player of all time? 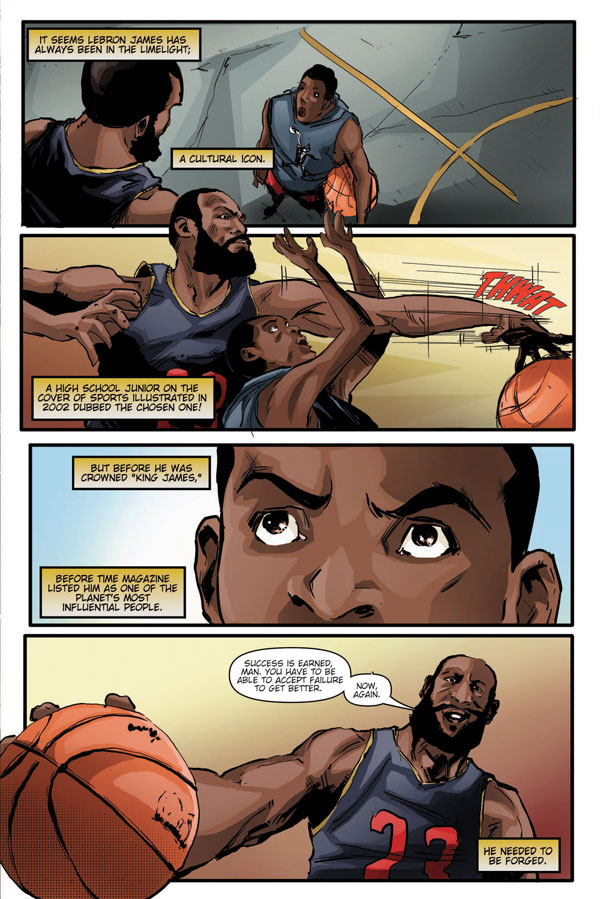 Inside page from “Fame: LeBron James” (courtesy TidalWave Productions)“FAME: LeBron James” asks the question: Is LeBron James the greatest basketball player of all time? The Akron, Ohio native grew up in an impoverished home. His mother, sensing LeBron would thrive in a stable family environment, allowed him to live with a local youth basketball coach when he was just nine years old. Now the holder of three NBA championships, four MVP awards, two Olympic gold medals, and much more, LeBron’s fame has afforded him the ability to use his numerous endorsements to start companies, participate in social activism, and donate to worthwhile causes. His rags to riches story is chronicled in this anticipated graphic novel.

The biography comic form allows TidalWave’s talented writers to delve into the history of certain newsworthy figures and explore what shaped them. Their line of biographical comic books has been featured on CNN, The Today Show, FOX News, and in People Magazine, Sports Illustrated and Time Magazine among others.

“There is no doubt that LeBron is at the top of his game and reigning supreme right now.  Writing this book was more than fun than work because I am a huge Lebron fan,” said writer Scott Davis.

“As a reluctant reader, I found the comic book form easy to access, so I always believed comics could both entertain and teach,” said publisher and creative force Darren G. Davis.

TidalWave’s recent partnership with Ingram allows them to produce high-quality books on demand - a boon for the independent publisher. The comic book will feature a heavy-stock cover and bright, clean colors in the interior.

The comic books are in print on Amazon and available for e-readers wherever eBooks are sold.