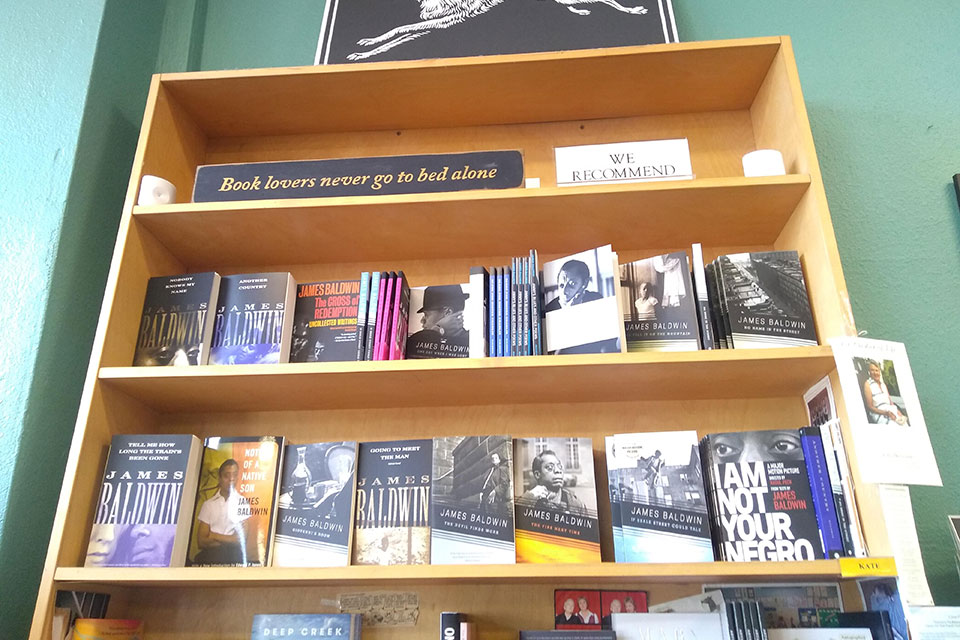 Though Baldwin died in 1987, his reflections on race, sexuality, and identity have only garnered more attention in recent years. A film adaptation of his novel If Beale Street Could Talk was recognized at the most recent Academy awards. Remember This House, his unfinished memoir about his friendships with Civil Rights Movement leaders Medgar Evers, Malcolm X and Martin Luther King, Jr., was adapted into the 2016 documentary I Am Not Your Negro.

But Baldwin also wrote poetry, publishing Jimmy’s Blues in 1983, and his essays documented his life as a young gay Black man so alienated by early 20th century American culture that he spent much of his life living and working in France. Born in New York City during the Harlem Renaissance, he often used entertainment as an entry point for his own exploration of race and politics -- his book-length The Devil Finds Work is part criticism of and part nostalgia for the films of his youth and early adulthood, as well as a withering criticism of Hollywood’s politics.

Standing in front of a shelf full of Baldwin’s books, McPherson and Bissell point out that the prolific author’s ability to switch between fiction, memoir, essays, plays, and poetry make him especially accessible.

“There really is something for everyone, which is another reason this really appealed to us,” McPherson said. “Because it’s not just for one kind of reader.” 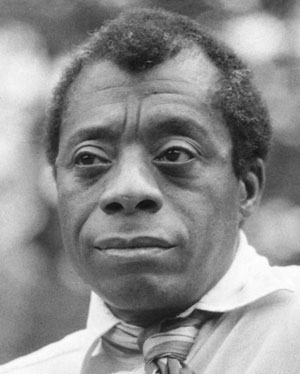 They find his work also complements more recent fiction offerings, which inspired the program’s first event of the year, a Book Club meeting on April 7 to compare If Beale Street Could Talk with Tayari Jones’ An American Marriage. Published 44 years apart, both novels depict the impact of incarceration on Black families.

In June the bookstore will host an open mic where attendees will be invited to read their favorite Baldwin passages, and in the fall they plan to highlight Baldwin’s nonfiction work. But the calendar of events is very much evolving, and since Baldwin wrote at length about music and the arts, McPherson and Bissell are brainstorming the potential for multimedia programming. They told The Skanner they welcome suggestions from the community.

Ultimately, the program is about nurturing readers’ relationships with Baldwin. While he occupies a prominent space in the cultural zeitgeist, McPherson and Bissell want to encourage the community to go beyond the reading more commonly assigned in school. McPherson noted that she is reading Going to Meet the Man, a collection of his short stories, for the first time -- and finds herself blown away by the language.

“We were so inspired by how timely the words were when he wrote them, and how timely they still are,” Bissell said. She added that while she tends to prefer essays, in revisiting Baldwin she is “falling into fiction.”

For that reason, the bookstore is offering 20 percent off all of Baldwin’s books for the rest of the year.

“We have never ever thought about doing this with another author,” McPherson said. “I don’t know that we’ll do another ‘author of the year’ next year because there aren’t that many that have this kind of long-term resonance across so many genres. I think it’s kind of a one-of-a-kind thing.”

McPherson and Bissell were motivated to create this likely one-off program after attending a panel in January that featured poet Robin Coste Lewis, memoirist Casey Gerald, and fellow bookstore-owner Hannah Oliver Depp. Each speaker read favorite Baldwin excerpts and spoke personally about how they first “met” his work. McPherson and Bissell walked away from the presentation deeply impressed, with the sense that Baldwin -- who once identified himself as "the Angry Young Man in New York" -- still had the presence and body of work to justify more than a month in his honor.

“We just want everyone to take advantage of it, not so much because of the store, but just the role I think Baldwin can play in people’s lives,” McPherson said. “It’s about introducing him to people who had maybe read one thing, re-introducing them to the wide array of material he has.”

Founded in 1992, Broadway Books has remained at the same location, and though it has changed hands, it has consistently been women-owned.