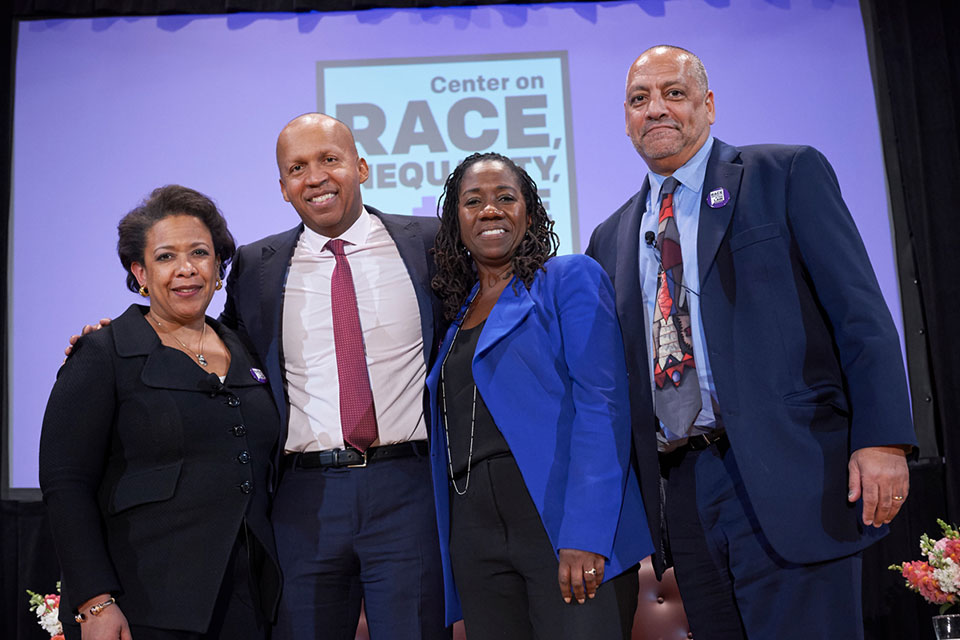 “We are definitely in challenging times. A lot of things so many of us fought for are being deliberately and actively rolled back, trampled on. But what we're really seeing, which we have not seen in fifty years, is the peeling away of the role of government--the move away from protecting the disenfranchised, the move away from speaking to those who don't have a voice, [and] the move away from lifting up people who have been pushed down." --Former Attorney General Loretta Lynch (pages 10-11)

This book is basically a candid conversation among talking heads revolving around the issue of racial justice in America. In fact, “A Perilous Path” is literally an edited version of a spirited chat which took place on February 27, 2017, during the launch of NYU School of Law's Center on Race, Inequality and the Law.

The topics they explored ranged from the historical, such as why emancipation of the slaves failed to usher in an era of freedom and true equality; to the visionary, such as assessing the prospects for minorities in the age of Trump.

In terms of the former, Stephenson asserts that "The North won the Civil War but the South won the narrative war. The South was able to persuade the United States Supreme Court that racial equality wasn't necessary." He laments the thousands of lynchings and other forms of terrorism which ensued that no one was held accountable for.

Similarly, he says, "We won passage of the Civil Rights Act. But we lost the narrative war." Consequently, the segregationists waving Confederate flags were still able to maintain de facto white supremacy, evidenced by schools named after disgraced rebels like Jefferson Davis and Robert E. Lee.

I doubt you'd find any statues of Hitler and his henchmen scattered around Germany. Why not? Because not only did the Nazis lose World War II, they also lost the subsequent cultural war, which explains why Stephenson concludes for our purposes, "The challenge we face is a narrative battle."