Against the Odds: 3 Black Doctors Detail Journey to Success 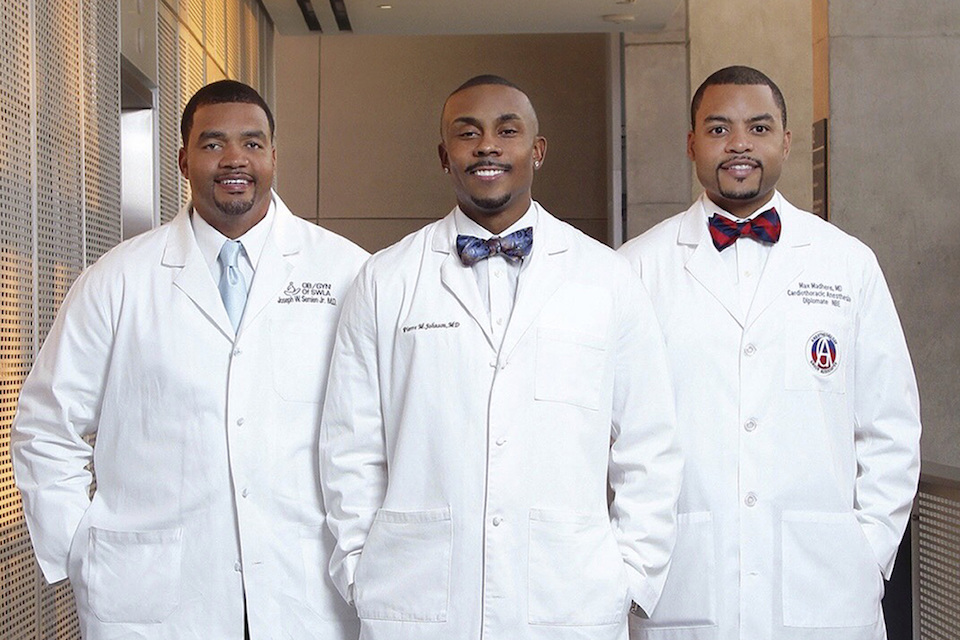 NEW ORLEANS (AP) — One used to deal drugs on the streets of New Orleans. Another grew up in Chicago with two drug-addicted parents. A third survived the tough streets of New York and Washington, D.C., where he once stared down the barrel of a gun.

In an interview with The Associated Press, Pierre Johnson, Maxime Madhere and Joe Semien Jr. said they knew the odds were stacked against them when they entered Xavier University of Louisiana in 1998 with hopes of becoming doctors. Black men make up a small percentage of doctors in America, and they knew getting through college and medical school wouldn't be easy.

Their early lives, college struggles, and victories are chronicled in "Pulse of Perseverance: Three Black Doctors on Their Journey to Success." They said they wrote the book to show African-American boys that athletes and entertainers aren't the only examples of black achievement and success.

Madhere, an anesthesiologist in Baton Rouge, said they're fortunate and have a responsibility to share their experiences with the next generation.

"Young boys need to know it's not a game in these streets. They need to know that we are completely marginalized as people of color when we mess up. They also need to know you don't have to rap or shoot a ball to get out of their circumstances," said Madhere. 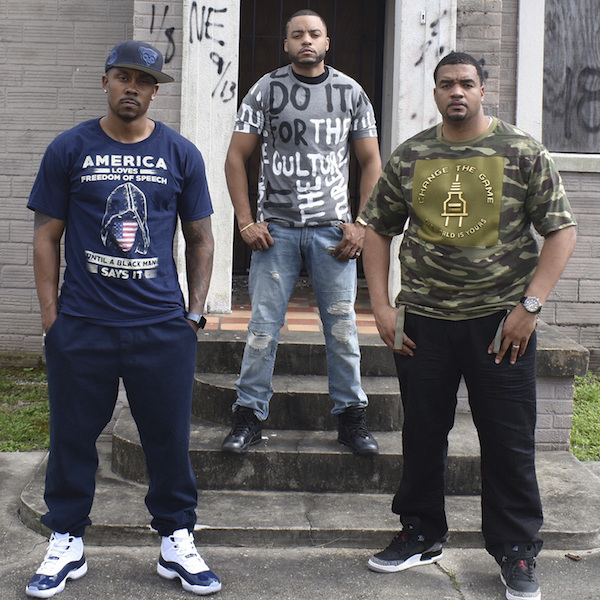 Dr. Pierre Johnson, left, Dr. Maxime Madhere and Dr. Joseph Semien, Jr., right, pose for a portrait. When three young black men entered Xavier University of Louisiana in 1998 to become doctors, they knew the odds were stacked against them. Still, they banded together and pushed each other, first through their pre-med classes at the nation's only historically black Catholic institution and later through medical school and beyond. Their early lives, college struggles, and ultimate success are chronicled in "Pulse of Perseverance: Three Black Doctors on Their Journey to Success." (Eric Jacques via AP)

Semien, Johnson and Madhere each set a goal early on to become a doctor. Semien, an obstetrician/gynecologist from New Orleans who practices in Lake Charles, describes in the book how he became intrigued by a sixth-grade anatomy class. Madhere discovered his love for medicine after volunteering at a hospital. Johnson said he "just knew" he wanted to heal people after dealing with his parents.

Getting there, however, wasn't easy. Four percent of doctors in the U.S. are African American, according to the Association of American Medical Colleges. The men chose Xavier, knowing that the nation's only historically black Catholic institution consistently places black students in medical school.

Johnson said he often saw Madhere in class and around campus but noticed that he, too, was "always in the library."

"We started a conversation about how things were going and the struggles we were going through in class and ultimately decided we needed to band together ... and we saw that same energy in Joe," Johnson said.

"We held each other accountable," Semien recalled. "When one was falling short, the other would pick him up."

Semien had to shed a street reputation that included dealing drugs and an anger problem that got him in trouble. He dropped out of Xavier at one point, joined the military, re-enrolled, dropped out again, and finally returned and met Johnson and Madhere.

Madhere describes in the book the troubled Brooklyn neighborhood where his mother lived after divorcing his father. He recalls one day when a young black man was shot in front of her apartment building.

"This was my first encounter with death. The image of this man dead on the pavement, with the police and paramedics swarming around him, was immediately burned into my 7-year-old mind. It remains there to this day," he wrote.

Johnson writes of being 3 when he and his mother frantically ran from his father "who was high out of his mind."

"We sought refuge at my paternal grandparents' house ..." he writes. "We crawled under the covers; I thought for a moment that we were safe. A few minutes later, my father came into the bedroom, dragged my mom into the hallway by her ankle, and beat her."

Both parents struggled with addiction, and Johnson wrote: "I learned as a young boy that one of my purposes in life was to help others who could not help themselves."

The three doctors decided to tell their stories in one project because they'd already proven they could work together. Johnson said he plans to push his friends to write a follow-up.

"If this book does what we hope and plan, to inspire kids everywhere and to push people to achieve success through all circumstances, definitely a second book is in the making," he said.