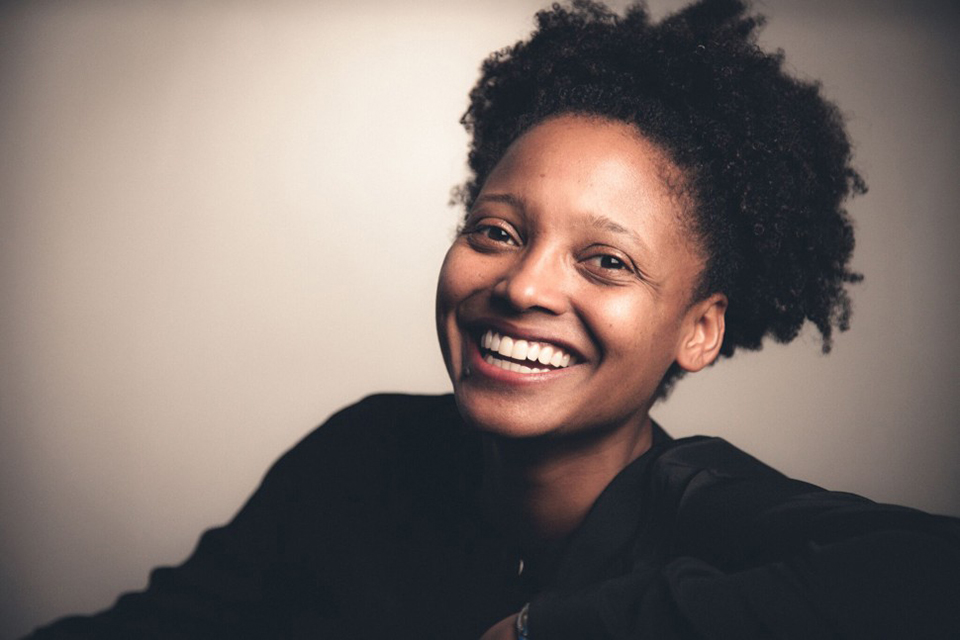 Librarian of Congress Carla Hayden has appointed Tracy K. Smith to serve a second term as the nation’s 22nd Poet Laureate Consultant in Poetry for 2018-2019. During her second year, Smith will expand her outreach efforts to rural communities and unveil a new anthology to be published in the fall.

“I am thrilled that Tracy K. Smith has accepted my invitation to continue sharing her poetry with the nation,” Hayden said. “Her exchanges with Americans in small towns and rural communities are inspiring an appreciation of poetry and history – and remind us that poetry has value for all of our lives.”

During her first term, Smith, a Pulitzer Prize-winning poet and professor at Princeton University, gave readings and led discussions as part of a pilot project in rural communities in New Mexico, South Carolina and Kentucky. Her goal is to pursue more engagement in small towns across America, and her reappointment at this time will allow for long-term planning for the expanded rural outreach project.

The laureate will return to Washington on April 19 to report on her outreach efforts and focus for the second term, with an event titled “Staying Human: Poetry in the Age of Technology.”

“Poetry invites us to listen to other voices, to make space for other perspectives, and to care about the lives of others who may not look, sound or think like ourselves,” Smith said. “My project as Poet Laureate has brought me into contact with rural communities in the South and Southwest, and not only do we recognize and have many things to say to each other, but talking about poems together allows us to access and share our feelings and bear witness to the experiences that shape our lives. I’m excited to pursue this project further over the next year.”

The April event will feature Smith reading poems and participating in a discussion with Ron Charles, editor of The Washington Post’s Book World and host of the Library’s “Life of a Poet” series. It will take place at 7 p.m. on Thursday, April 19 in the Coolidge Auditorium on the ground floor of the Library’s Thomas Jefferson Building, 10 First Street S.E., Washington, D.C.

The event is free, but tickets are required. For tickets, please visit this event ticketing site. The event will also be livestreamed on the Library’s Facebook page at facebook.com/libraryofcongress   and its YouTube site (with captions) at youtube.com/LibraryOfCongress.

As part of her second term, Smith has edited an anthology called “American Journal: Fifty Poems for Our Time.” The anthology will be published in September 2018 by Graywolf Press in association with the Library of Congress and will be incorporated into Smith’s visits to rural communities.

“American Journal” takes its title from a poem by Robert Hayden, the first African American appointed as the U.S. Poet Laureate. Poems selected for the anthology offer 50 different outlooks on America, including stories of loss, experiences of immigrants, outcries of injustice and poems that evoke history and celebrate America’s diversity. Poets included in “American Journal” include past Poets Laureate Natasha Trethewey and Charles Wright, as well as award-winning poets Mark Doty, Ross Gay, Terrance Hayes, Laura Kasischke, Mary Szybist and others.

As Smith says in the introduction to the anthology, “‘American Journal: Fifty Poems for Our Time’ is an offering for people who love poems the way I do. It is also an offering for those who love them in different ways and those who don’t yet know what their relationship with poetry will be.”