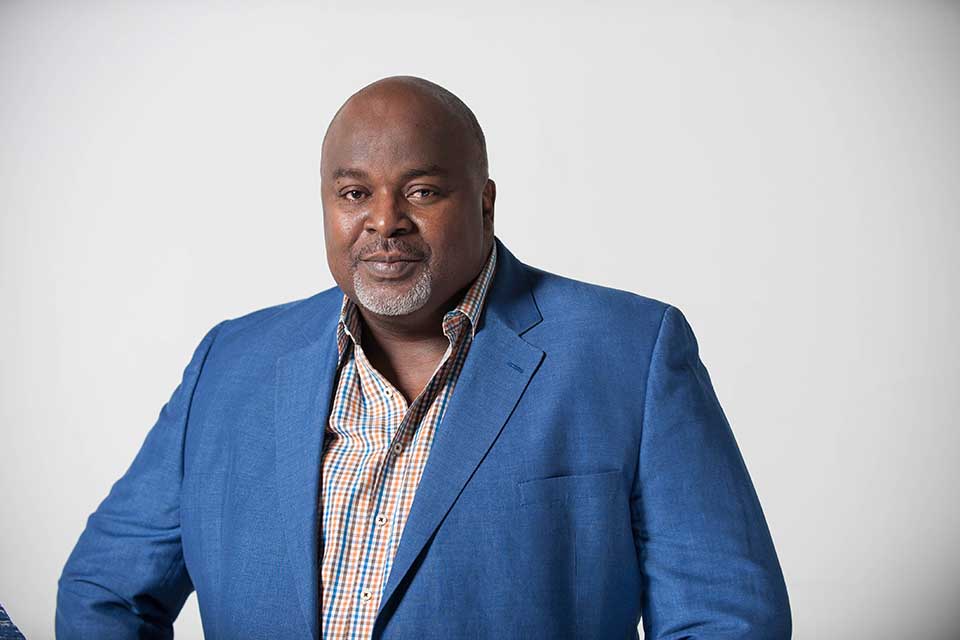 For nearly three decades, writer/author Gil L. Robertson, IV has used the written word to enlighten, empower and uplift. The one-time political organizer initially made his mark in entertainment journalism, penning over 50 national magazine covers and contributing bylines to a wide range of publications that include the Los Angeles Times, the Atlanta Journal-Constitution, USA Today, Billboard, Fortune, Essence and Ebony.

As an author, Gil has specialized in books that empower his readers, beginning first with the self-published "Writing as a Tool of Empowerment" (2003), a resource guide primarily aimed at young people interested in journalism. From there, he edited the groundbreaking 2006 anthology "Not in My Family: AIDS in the African American Community" where he gathered a diverse mix of voices that include Oscar-winner Mo’Nique, Congresswoman Barbara Lee, legendary singer Patti LaBelle and former U.S. Surgeon General Joycelyn Elders, all addressing one of the most pressing public health and social challenges of our time.

His latest offering is "Book of Black Heroes: Political Leaders Past & Present" from Just Us Books. The opus represents a full-circle moment for Gil, who began the first phase of his career in politics. This collection of biographies on game-changing elected political leaders like former President Barack Obama, pioneering Los Angeles mayor Tom Bradley, current U.S. Senator Kamala Harris and Reconstruction era governor Pinckney Benton Stewart Pinchbank is intended to introduce young readers especially to not only dynamic personalities but to the concept of individual and political leadership.

Never one to sit on the sidelines of any pressing issue, in 2003, Gil rolled up his sleeves and got to work as the co-founder of the African American Film Critics Association (AAFCA), the largest collection of Black film critics in North America. As the organization's president, he oversees the annual AAFCA Awards, which has become a recognized fixture of the Hollywood awards season. In addition to highlighting African-American achievement behind and in front of the camera, AAFCA works with the industry to usher in and support African-Americans in the Hollywood community, uniting consumers, creators and gatekeepers.

He also serves as a public ambassador for diversity within the industry, appearing on numerous shows on networks like CNN. With a B.A. in Political Science from Cal State Los Angeles, Gil is a professional member of the National Press Club, National Association of Black Journalists, The Recording Academy, The National Academy of Television Arts and Sciences and the Motion Picture Association of America. And he lectures nationwide on issues ranging from diversity in the entertainment industry to personal and community development.

Kam Williams: Hi Gil, thanks for the interview.

Gil Robertson: Thanks, Kam. It’s always a pleasure speaking with you.

KW: What inspired you to write Book of Black Heroes?

GR: Following Obama’s election, I was astonished to discover how little most people knew about the contributions of African Americans in politics. When most people think of Blacks in U.S. politics, they usually fall back on the same group of leaders who came into prominence during the Civil Rights Movement. So I wanted to do my part in expanding people’s level of awareness of Black people who have been active participants in national politics since Reconstruction, and that their contributions continue to this day. Black political leaders make enormous contributions to the quality of our lives, and I simply wanted to provide readers with an introduction to who these people are and, as a by-product, stimulate aspirations among young people to consider a career path in political leadership.

KW: Who's your intended audience?

GR: People who are curious about contributions that African Americans have made to the political and social landscape in America. This book offers an amazing tapestry of leaders, both past and present, who have fascinating back stories, but who all stepped up to the challenges of leadership.

KW: What's the appropriate age group for the book?

GR: The target age group for Book of Black Heroes are young adult readers in the 10 – 14 age group. But I believe it will have an appeal to all teen readers and even adults. Readers will discover political leaders that they’ve never heard of who are creating great opportunities both within black communities and beyond.

KW: How did you decide which icons to include?

GR: Well, that was a challenge. At the onset of the project, I was only going to write bios on individuals who were a part of the new wave of African Americans in politics: people like Kasim Reed, Kamala Harris and Corey Booker. However, when I completed those bios, my publisher felt we should include leaders from the past as well to provide readers with the full scope of accomplishments that have been made by black elected officials.

KW: Did you include Supreme Court Justice Clarence Thomas? I know that some people have complained that he doesn't have an exhibit in the National Museum of African American History and Culture in Washington, DC.

GR: No Clarence Thomas, but not for the reasons you might think. The book only includes elected officials, and Justice Thomas was appointed to his seat on the Supreme Court.

KW: What message do you want children to take away from the book?
GR: I want them to understand that being a leader is something that is attainable. I hope the book provides readers with an appreciation for African American political leaders and motivates them to do their part in harvesting their skill sets to improve the lives of others.

GR: The love and generosity of my parents.

GR: Throughout their lives, my parents loved me completely with no conditions.

GR: The best advice that I can give others is to be truthful to themselves about their abilities and to also live their lives with purpose.

KW: Thanks again for the time, Gil, and best of luck with the book.