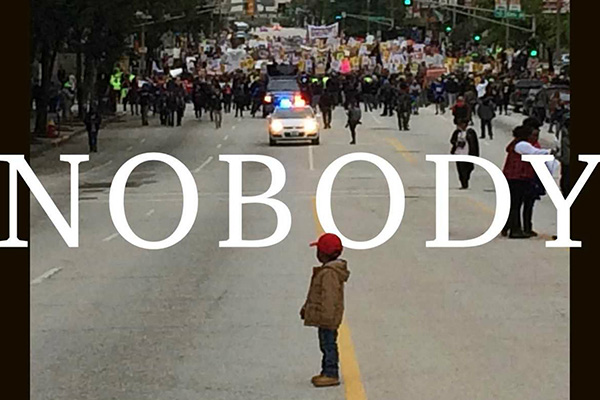 Marc Lamont Hill is one of America's leading intellectual voices. He is currently the host of BET News and VH1 Live, as well as a political contributor on CNN.

Marc has received prestigious awards from the National Association of Black Journalists, the Gay and Lesbian Alliance against Defamation and the International Academy of Digital Arts and Sciences, to name a few. He holds a Ph.D with distinction from the University of Pennsylvania and currently serves on the faculty of Morehouse College as its Distinguished Professor of African-American Studies.

Here, he talks about his new book, "Nobody: Casualties of America's War on the Vulnerable, from Ferguson to Flint and Beyond."

Kam Williams: Hi Marc, thanks for this opportunity to speak with you.

KW: I really enjoyed the book. What inspired you to write it?

MLH: It started with the death of Michael Brown. When I got to Ferguson to cover the funeral and the aftermath of the shooting for BET News, I found more than I expected. I realized that there was so much more to the story than what was being represented in the news. It was deeper than [Police Officer] Darren Wilson and Mike Brown. It was also about all these other factors that made Mike Brown nobody long before he ever walked onto Canfield Drive the day of the shooting. I really just intended to tell the story of Ferguson, but then Daniel Pantaleo was not indicted for killing Eric Garner... Tamir Rice was killed... Then Freddie Gray was killed that spring... And Walter Scott was shot in the back. And Sandra Bland was killed. Before I knew it, there was a whole range of stories. So, I decided to tell a story about state violence and about how there's a deeper war on the vulnerable that's being prosecuted everywhere that allows the state violence to occur in the first place.

KW: Do you have any qualms about using Mike Brown as the poster child of the Black Lives Matter Movement when he was caught on tape robbing a convenience store a few minutes before he was shot? Also, the grand jury concluded that he never said, "Hands up, don't shoot!" Wouldn't it be better to rally around a more deserving victim? Whatever happened to Dr. King's notion of judging not by the color of the skin but by the content of the character?

MLH: Black Lives Matter emerged months before Michael Brown was ever killed. So, the movement had already started. It certainly got a lot of energy and focus after his death, but I think this idea that we need perfect victims is problematic. Mike Brown is killed after he steals Cigarillos from a store, a point I concede in the first chapter of the book, as well as the fact that his hands weren't up and he probably wasn't running away. Mike Brown wasn't blameless, but robbery still isn't a capital offense, nor should be for Eric Garner for selling loose cigarettes on the street in Staten Island. The question isn't are these people perfect, but rather are they subject to a level of surveillance, policing and punishment commensurate with their crimes? I want to live in a world where you don't have to be perfect to survive. I think Mike Brown is a perfect representation of Black Lives Matter precisely because he isn't perfect. He still deserved to live.

KW: Do you think video games and gangsta' rap might have contributed to the image of the black male as violent and dangerous, perhaps causing cops to have an itchy trigger finger around them?

MLH: Video games don't help, rap music doesn't help, and news outlets running B-roll footage of black people being violent doesn't help, but I think there's a deeper cultural problem that we need to wrestle with. There has never been a moment, since the birth of White Supremacy, when we didn't think black people were violent. 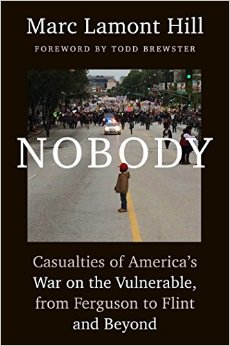 KW: In your conclusion you say, "Empires eventually fall, and that freedom is closer than we think." Are you expressing your expectations about America?

MLH: I'm saying nothing lasts forever, whether it's Greece, Rome or the British Empire. It doesn't mean that America has to end. The country could be reshaped and reimagined in a way that is even more democratic and less imperial in nature. We're trying to radically reshape the nation in ways that are more just and fairer. That's what I mean when I say that empires eventually fall. I'm not calling for the end of America. I'm just calling for a reimagination of its democratic possibilities.

KW: Still, I wonder why you would start your book with Mike Brown, if you want to unite the country and rally as many people as possible to the cause.

MLH: It wasn't my choice to start with Mike Brown. Remember, since August 9, 2014 we've seen the most protracted resistance to police violence in U.S. history. That's when the movement started.

KW: I'm also concerned about situations like the City of Flint, where corrupt politicians were all too willing to commit crimes and ruin children's lives by covering up the fact that the water was contaminated with lead. How many other Flints do you think might be out there right now?

MLH: These are acts of civil evil. These are crimes that only happen when you're poor, or black, or brown or severely disenfranchised. This is not just about people making mistakes or being indifferent. There's a system installed that allows this to happen.

KW: Where do you see the country headed because of the rift being created by Black Lives Matter versus All Lives Matter or the police and Blue Lives Matter?

KW: What about the fact that we have a black President and Attorney General, who passed on federally prosecuting police for the murders of Trayvon Martin, Mike Brown and others. And look at Baltimore where you had a black Mayor, Prosecutor and Judge, and still couldn't get any convictions. Maybe we're finally post-racial.

MLH: The argument has never been about having black representation. The freedom struggle has been about justice, safety and peace, not about getting black people to do the same things that white people do. Having a black President and Attorney General doesn't change the fact that the system's broken. We didn't integrate police forces so that black cops could beat us or so that black mayors could impose the same rules. The fundamental goal is to change the system, not to change the manager of the empire.

KW: What is wrong with simply saying All Lives Matter?

MLH: Sitting at my parent's dining room table in North Philly at 3 years of age reading a "Dick and Jane" book, and their not believing that I knew how to read. They thought I was pretending and had just memorized the book.

MLH: I see an African.

MLH: Way too many business cards of people who stop me on the street.

KW: Thanks again for the time, Marc, and best of luck with the book.

MLH: I appreciate this conversation, Kam. It's been great!

To order a copy of "Nobody," from Powell's.