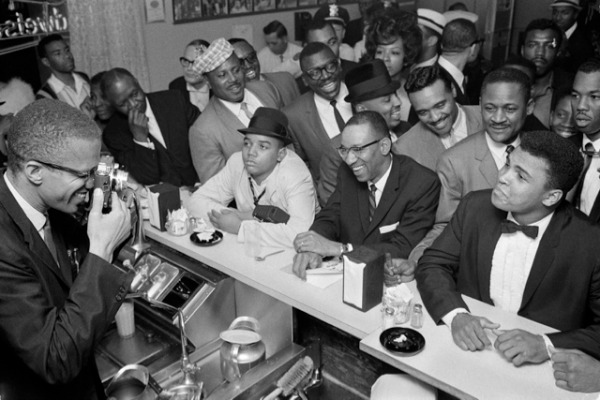 by Randy Roberts and Johnny Smith

“[This book] is the story of how Cassius Clay became Muhammad Ali and the central role Malcolm X played in his life. It is a tale of friendship and brotherhood, love and deep affection. It is also a story of deceit, betrayal, and violence--inside and outside the ring--during a troubled time.

...Malcolm's life was in danger, when Elijah Muhammad threatened to cast him outside the Nation of Islam... Malcolm had no doubt that someone inside the Nation wanted him dead...

Only ten days after they celebrated the boxer's championship victory over Sonny Liston, Cassius stopped taking Malcolm's calls... Once Muhammad Ali sided with Elijah, Malcolm knew... that losing Ali's cover might cost him his life.”

-- Excerpted from the Preface (pages xvi) 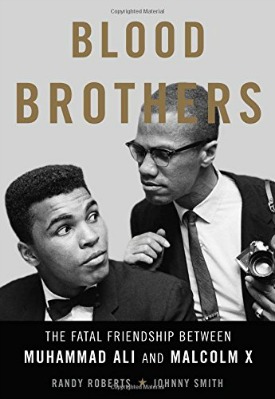 Most people are probably unaware that long before he became heavyweight champ and dropped his slave name Cassius Clay, Muhammad Ali had already become infatuated with the Nation of Islam and the teachings of Elijah Muhammad. Furthermore, Malcolm X played a pivotal role in the brash, young boxer's conversion, befriending him while inculcating him with the Nation's controversial interpretation of the religion.

As Randy Roberts and Johnny Smith put it, "Malcolm X molded Cassius Clay into Muhammad Ali," and "Under Malcolm's tutelage, he embraced the world's stage, emerging as an international symbol of black pride and black independence." Trouble is Malcolm would become disillusioned with the Nation of Islam soon thereafter, and left it in 1964 to start his own sect, Muslim Mosque, Inc.

He hoped to maintain a relationship with his increasingly-popular protege, but that was not to be. For, Elijah Muhammad was apparently so unhappy about the loss of his organization's national spokesperson that he issued an "edict that all Muslims cease contact with Malcolm."

Opting to obey the order, Muhammad Ali proceeded to throw his former mentor under the proverbial bus, declaring, "Malcolm X and anybody else who attacks or talks about attacking Elijah Muhammad will die." And sure enough, soon thereafter, on Febr. 21, 1965, Malcolm was assassinated by several members of the Nation of Islam.

"Turning my back on Malcolm was one of the mistakes that I most regret in my life," Muhammad would ultimately admit years later. A fascinating deconstruction of the fractured friendship of the most-revered, African-American Muslim icons.

To order a copy of Blood Brothers, visit: Amazon.com