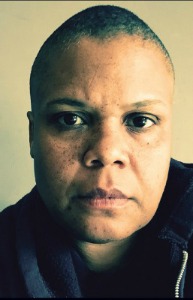 “The eruption of mass protests in the wake of the police murders of Michael Brown in Ferguson, Missouri, and Eric Garner in New York City have challenged the impunity with which officers of the law carry out violence against Black people and punctured the illusion of a postracial America. The Black Lives Matter movement has awakened a new generation of activists.

In this stirring and insightful analysis, activist and scholar Keeanga-Yamahtta Taylor survey the historical and contemporary ravages of racism and persistence of structural inequality such as mass incarceration and Black unemployment. In this context, she argues that this new struggle against police violence holds the potential to reignite a broader push for Black liberation."

How did the Black Lives Matter movement manage to emerge at a time when so many people considered America to be post-racial? After all, the nation had not only elected its first African-American president in 2008, but had witnessed an emergence of black political elites both in Washington, D.C. and in so many cities across the land.

Recall how the Congressional Black Caucus, led by John Lewis, endorsed Hillary Clinton while questioning Bernie Sanders' civil rights credentials. That support has effectively delivered over 90% of the African-American vote to Clinton in state after state, arguably making the difference between her winning in losing the Democratic nomination.

But according to Keeanga-Yamahtta Taylor, there is a "growing polarization between black officials and ordinary blacks living in urban communities." She further asserts that African-Americans in positions of power "are just as eager as white officials to invoke racial stereotypes to cover their own incompetence, from claims about cultural inferiority to broken families to Black criminality."

In From #Black Lives Matter to Black Liberation, Professor Taylor explores why opposition to police brutality suddenly became an explosive rallying cry a couple years ago, despite its having been around as an issue for many generations. The author, who teaches African-American Studies at Princeton University, also devotes considerable ink to a historical discussion of icons like Dr. Martin Luther King and Lyndon Baines Johnson as well as to such hot button topics as colorblindness, American exceptionalism, the criminal justice system and the roots and rise of the Black Lives Matter movement.

Overall, this incendiary tome amounts to a scathing indictment of "racism, capitalism and class rule" as oppressors of the black masses, President Obama's occupying the White House notwithstanding.

To order a copy of From #Black Lives Matter to Black Liberation, visit: www.amazon.com