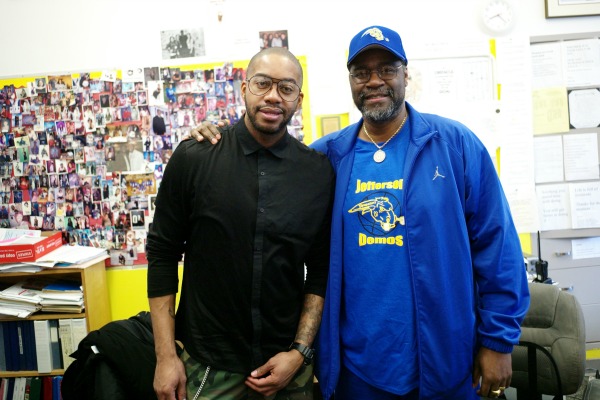 Mitchell Jackson has come a long way from dealing drugs on the streets outside Jefferson High School in North Portland.

The son of a single mom battling a drug addiction, Jackson felt the burden of growing up without a father while taking care of his younger brothers. After a brief stint in prison, Jackson devoted his life to literature. He achieved a master’s degree in writing from Portland State University and an MFA in creative writing from New York University. 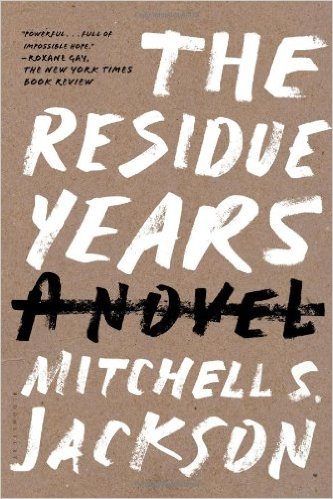 Last week the Whiting Foundation announced Jackson’s autobiographical novel, “The Residue Years,” has won the 2016 Whiting Award for Fiction. This award goes to the best emerging writers selected by a committee of writers, academics and editors.

Jackson spoke with The Skanner News about the award, the meaning behind the novel and his plans for the future. Here are excerpts of the interview, edited for space and clarity.

The Skanner News: Congratulations on the receiving the Whiting award.

TSN: What does it mean to you to [receive an award] for an autobiographical novel?

MJ: I didn't necessarily think of it in terms of being awarded for an autobiographical novel. I just thought of it as being awarded for the work, just the novel itself. What was most important to me is to be in a family of writers who I respect and want to be like. If you look at who has won it before, it is such a grand list of writers -- just to be connected to them in any way is an honor.

TSN: What does your novel, "The Residue Years," mean to say about the relationships between Black mothers and their sons?

MJ: That they are essential -- especially in the era I grew up, when a lot of fathers were either absentee or less present than they should have been. The mothers tended to be the backbone. And not just mothers, but grandmothers and aunts kind of made up for our loss of male figures.

I hope it says they are essential and that even when the relationship is damaged, you have to find a way to repair it.

TSN: It sounds like your novel also speaks about the responsibilities of sons who raise their brothers.

MJ: Absolutely, yeah. In my particular case, I was much older than my youngest brother -- I was 10 years older than him. I really felt the responsibility to keep him away from the problems that we were having, and make sure that he could do well in school and didn't fall into the same kind of traps I saw myself falling into.
I would take him school shopping and pick him up from school. If he got in trouble in school, I would go sit in his class with him -- some of the things that a dad would do, or what I would imagine that a dad would do, some of the things that I do now for my son.

TSN: The novel is set in the ‘90s in North Portland. What it is like for you to see the changes to that neighborhood now?

MJ: It is both heartening and it makes me a little sad and nostalgic. I remember having lunch with Sam Adams, the ex-mayor. We were talking about Alberta Street and Northeast Portland and Killingsworth and he told me that he lived in that area.

And I thought that there was no way when I was growing up in the ‘90s that the mayor would live anywhere near the area where all of us used to go to sell dope. Like, I am sure that whatever block he lives on, there was a drug house there a few doors down, and now the mayor lives there. So that just shows you about how much the city has changed.

TSN: What moments are the highlights for you, and what are your “residue years?”

MJ: Highlight is definitely the Whiting. I just came back from the TED conference. That was an amazing week-long experience last month. I think just being able to do something that I love and that I feel like is making a difference or at least is giving me a voice, that's the real joy.

And then the low would be, especially in my younger years, I had a lot of failed relationships -- the harm that I caused in my personal relationships. And then when I was really young, the low light would be trying to compensate for my mother's addiction.

TSN: What is next for you?

MJ: I am working on a narrative non-fiction collection titled "Survival Math" that explores some of the same territory of "The Residue Years," but expanded to more historical context. I talk about the history of Portland, the race relations in Portland. I talk about blood donations and patriotism.

I felt like the scope of "Residue" was very narrow in a sense, and I wanted to expand on that. When I read an essay, it’s like watching someone's mind work -- and I wanted that opportunity to work through some things I haven't been thinking through thoroughly.