The Skanner Reviews: Americanah; When I Say Jump and Fortune and Fame 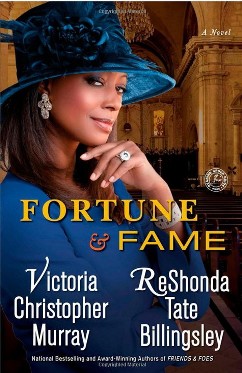 From the award-winning author of “Half of a Yellow Sun,” a dazzling new novel: a story of love and race centered around a young man and woman from Nigeria who face difficult choices and challenges in the countries they come to call home.
As teenagers in a Lagos secondary school, Ifemelu and Obinze fall in love. Their Nigeria is under military dictatorship, and people are leaving the country if they can. Ifemelu—beautiful, self-assured—departs for America to study. She suffers defeats and triumphs, finds and loses relationships and friendships, all the while feeling the weight of something she never thought of back home: race. Obinze—the quiet, thoughtful son of a professor—had hoped to join her, but post-9/11 America will not let him in, and he plunges into a dangerous, undocumented life in London.
Years later, Obinze is a wealthy man in a newly democratic Nigeria, while Ifemelu has achieved success as a writer of an eye-opening blog about race in America. But when Ifemelu returns to Nigeria, and she and Obinze reignite their shared passion—for their homeland and for each other—they will face the toughest decisions of their lives.
Fearless, gripping, at once darkly funny and tender, spanning three continents and numerous lives, Americanah is a richly told story set in today’s globalized world: Chimamanda Ngozi Adichie’s most powerful and astonishing novel yet.

‘Tales of a Jailhouse Librarian: Challenging the Juvenile Justice System One Book at a Time,’ by Marybeth Zeman

In a large suburban county jail, a rolling library book cart connects boys with their new counselor, a veteran schoolteacher. Faced with their unquenchable thirst for reading to help ease the unremitting boredom of everyday life, "Mrs. Z", now, "the book-lady," gives them the opportunity to share their hopes, their disappointments, their disillusionment and most of all, their anger at a system that is crushing their spirit and dreams for the future. What Frederick Douglass advised us about education rings true today--"It's easier to build strong children than repair broken men." Tales of a Jailhouse Librarian skillfully captures the sights, sensations and rhythms of jail life. Zeman mixes journalism, memoir and character sketches with facts about the juvenile justice system, describes the various agencies, provides relevant statistics, and specific court cases that become so palatable they are easily digested. Never a "slog". Interesting and engaging. She makes a strong argument that these boys need education, not jail time. “We have to recognize that we have a very narrow window of opportunity left to re-direct incarcerated youth toward education and living productive lives. Jail isn’t always the best solution. One million dollars invested in incarceration reduces 350 crimes; one million dollars invested in education reduces 600 crimes. It's difficult to slap the word, criminal, onto a juvenile—someone who is 16 or 17 or 18, someone who has the rest of their lives ahead of them and is just as likely as you or I were at that age to change." Not a screed or an expose. These are real stories about real kids in prison, stories so real and so raw they become our own. 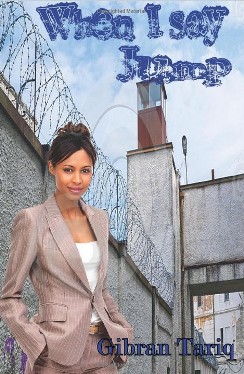 ‘When I Say Jump,’ by Gibran Tariq

After graduating at the top of her law class, Elizabeth Sellers is ready to take on and conquer the legal world, but her hopes quickly fade when none of the big Washington law firms contact her. Discouraged, she returns home to work in a local firm where her first case might turn out to be her last. When she is hired to take on the case of four black toddlers injured at a day care in Charlotte NC, she stumbles upon a government conspiracy to imprison one out of every four black males born in this country. Both her life and sanity are threatened, but the ultimate question for her is simple: Are black males worth saving?

Jasmine Cox Larson Bush and Rachel Jackson Adams have been through a lot together—from fighting for their husbands to become the head of the American Baptist Coalition to getting mixed up in a terrible murder. Now the frenemies have found themselves the stars of First Ladies, a muchanticipated new reality television show.
Jasmine balks at the idea of airing her dirty laundry on national TV, but Rachel sees it as the perfect opportunity to take her brand to the next level. And if Rachel is in, so is Jasmine. All the cast members are women of God—how much drama can there be?
Rachel and Jasmine know their own pasts are murky, but they’ll seem like choir girls when the secrets and sins of the others come to light. The two will once again have to form an unholy alliance to go up against these so-called Godly women who see the show as their chance to take them down—at any cost.