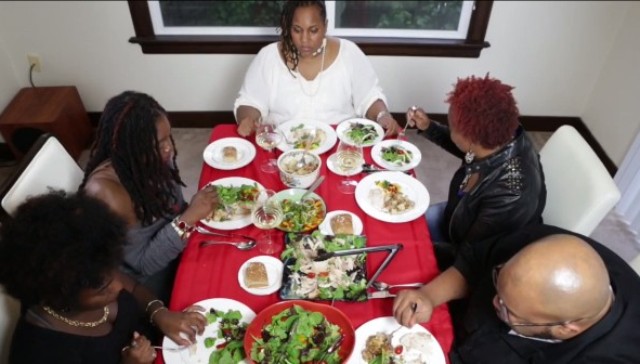 Homelessness has always been a major issue in our inner city communities. There have been countless programs created to help the people it affects, but never have you heard the voices of humanity quite like this.

The Mahogany Project has created an entire album dedicated to giving members of our community faced with this circumstance a voice.

Sharon Nyree Williams combined the art of poetry and storytelling and created 'Humanity.'

To celebrate the completion of the project on March 23, at Gallery 2312 located in the Seattle area starting at 5 p.m., Sharon will perform a few original pieces LIVE that are featured on the album.

With such intellect and artistry the project brings awareness to this epidemic, and delivers a very clear message, but all the while making you enjoy every word and inflection of her voice.  In every piece you can hear the sincerity, see with clarity and feel the honesty in her words.  Never again will homelessness be seen the same after 'Humanity' is heard, and really felt.

The Mahogany Project has also partnered with the Sanctuary Art Center, and a portion of the proceeds from the album sales will go to the organization which provides art education to homeless youth in the Seattle area.
The Mahogany Project began in June 2006, when seven African-American female artists came together from various disciplines including spoken word, playwriting, vocal performance, and theatre administration. Realizing that there weren’t many opportunities in the Arts for African-American women, they decided to develop a project that would create more opportunities for them. The women of The Mahogany Project committed to collaborating in hopes of creating opportunities for local Seattle theatre artists.
Since its inception in 2006, The Mahogany Project has produced several successful projects. On November 13, 2006, they produced the first week of plays for the 365 Days/ 365 Plays (Seattle) by Suzan-Lori Parks. On February 21-24, 2007, The Mahogany Project produced the festival "Who Are We…" featuring three 10-minute plays, a 20-minute excerpt, and a reading of a one-act play. In June 2008, the City of Seattle Mayor’s Office of Arts and Cultural Affairs commissioned The Mahogany Project in conjunction with BrownBox Theatre to create and co-produce an original play in honor of the first city-wide Juneteenth celebration.
Sharon Nyree Williams has written, produced and performed the one‐act plays, Plight: I am My Brother’s Keeper (Wilmington, DE Fringe Festival) and Circles of Life (Arts Crush). She is a Teaching Artist for Freehold Theatre’s Engaged Theatre Residency Program for the WashingtonCorrectionalCenter for Women, and created various short pieces centered around homelessness for the Urban Poverty Forum. Sharon is one of the founders of The Mahogany Project, produced the short film What About Us? And is the current Managing Director for the CD Forum