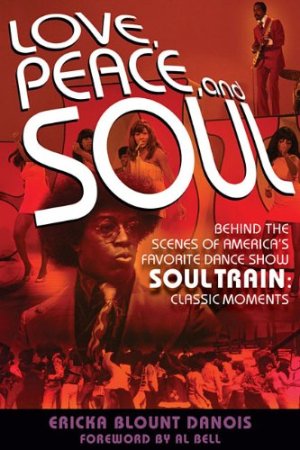 With Soul Train, we saw ourselves looking good and feeling good. And what enhanced it so much was its creator… He provided the entertainment, but he also doled out information, education, and history weekly…

The cultural impact of the show was profound, revolutionary, and evolutionary at the same time… It provided the ability for you to see our great artists on television. Before that, exposure was on the small-club circuits…

It was one of the few times that we had the opportunity to see ourselves on television in a manner where it lifted our pride and increased our self-esteem… It represented uncompromised authenticity. When you saw us on Soul Train, we weren’t trying to be anything other than us. When you went to any of the other shows, you were in somebody else’s house; when you went to Soul Train, you went home.”

-- Excerpted from the Foreword by Al Bell (pages vii-ix)

Soul Train was a nationally-syndicated TV series which enjoyed a phenomenal, 35-year run from 1971 until 2006. The weekly, song and dance show was the brainchild of host Don Cornelius, a brother who unabashedly-patterned his production on Dick Clark’s American Bandstand.

But the former radio DJ also added a little flava of his own to the proven formula by telescoping his camera as tightly on gyrating black teenagers as on the R&B artists invited to perform on the program. In fact, many members of the Soul Train Gang, as the dancers were called, received tons of fan mail and became stars in their own right. A number were even savvy enough to parlay their fame into entertainment careers, perhaps most notably the late Fred Berry, who played Rerun on the sitcom What’s Happening!

Given the turnover, the one constant remained the show’s self-assured emcee. His velvety-baritone wormed its way into the heart of a generation of young African-American viewers with the help of that signature catchphrase, “You can bet your last money, it’s all going to be a stone gas, honey! I’m Don Cornelius, and as always, in parting, we wish you love, peace and soul!”

Sadly, the bloom had long since fallen off rose by the time Don committed suicide in February of 2012.  A few years earlier, the sepia Sugar Daddy went through a bitter divorce from a Russian trophy wife who’d had him arrested for domestic violence.

Don pled no-contest to the charge before forking over millions to his ex. Yet, around the same time, he turned down a request for just a few hundred dollars from the impoverished family of a recently-deceased Soul Train dancer to help pay for the dearly-departed’s headstone. 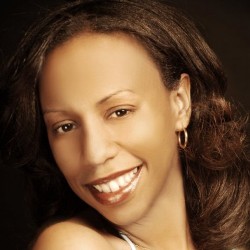 All of the above is revisited in captivating fashion in Love, Peace, and Soul, a mesmerizing trip down Memory Lane, or should I say, breakdance down the Soul Train Line. The behind-the-scenes bio was written by pop culture diva Ericka Blount Danois, a diehard fan who herself was weaned on the groundbreaking program.

A warts-and-all look at the life of an African-American icon who undoubtedly helped launch a thousand show-biz careers.