Is America Living in 'Fear of a Hip Hop Planet?' 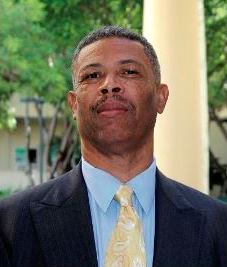 "Public Enemy in 'Fear of a Black Planet' capture how place and race are connected," says Jones. "The image of an ominous Black planet in view is a metaphor for the scary image of the Black ghetto as portrayed (in) mainstream media.  Eloquent and angry, with songs like Fight the Power, the album also harkens back to a day when Hip Hop was openly about resistance to racism.  For all its contradictions at a deep level hip-hop is still about that."

The University of Miami law professor tackles racism, classism and how hip-hop has become a battleground for understanding these issues in his new book. Via email, he spoke with The Skanner News to discuss hip-hop's role in our understanding of racial politics.

Jones says he began "Fear of a Hip Hop Planet" as a way to examine race in the 21st century.

When he grew up, segregation was very real. The words of Dr. Martin Luther King Jr. and James Baldwin, who Jones saw speak at Morgan State, inspired him to become a lawyer.

After graduating NYU Law School in the late 1970s, he worked on cases dealing with prison and jail overcrowding, police brutality, and employment discrimination.

As a professor, he says he has maintained his sense of duty in making change.

"I believe that the real revolution must be revolution of the mind," says Jones.

"Fear of a Hip Hop Planet" asserts that the color line has been replaced by the division between the suburbs and the inner city. We live in two worlds, says Jones.

"In America of the suburbs there are economic opportunities, manicured lawns and late model cars. Here the police may help you get your cat of a tree.  But cross the line between the suburbs and the inner city and you enter a war zone.

"The old racism focused explicitly on color and created a color line. The new racism in the words of Lani Guinier is colorblind racism.  The notion is that because of equal opportunity laws if blacks in the ghetto are not succeeding economically (it) is because of cultural pathology. Hip-hop has come to define that culture of ghetto spaces. This hip-hop culture has been demonized as dysfunctional."

Jones says hip-hop serves as a convenient scapegoat for problems like violence, failing schools and joblessness in urban areas. He wants to change that narrative and points to the culture's origins.

Hip-hop arose from the economic conditions of the South Bronx in the early 70s. Its birth coincided with a massive loss of manufacturing jobs, the construction of an expressway that tore through the neighborhood, and "benign neglect" by police officers and firefighters.

"It is more than music," says Jones. "It is historically a movement for empowerment of urban youth. Social isolation produces invisibility and voicelessness. But hip-hop gives otherwise voiceless youth a voice."

Hip-hop combats mainstream society notions that vilify people living in the ghetto, he says. The music puts them on top instead of portraying them as on the bottom.

Even the often demonized sub-genre of gangsta rap plays a role in carrying on the rich tradition of Black music. Like other genres created out of Black struggle, it produces a narrative to accompany the conditions that created it.

Jones says that gangsta rap came about as part of a tradition of Black migrations in the U.S. The first was the migration north by millions of Blacks following World War I. Blues became popular during this time.

During World War 2, many Black people moved from the South to the North and West to work in defense plants. This era accompanied the rise of Jazz.

Jones says the end of the civil rights era was also a migration, where millions of Blacks moved out of the ghetto and into the suburbs. While it benefited the "Talented Tenth" who migrated, it further concentrated poverty and increased social isolation among those in the inner city, he says.

"Gangsta Rap represents the stories of the black underclass who were left behind in America's failed experiment with integration," according to Jones. "Hip-hop plays the role of a cinema verite, a film screen in rhyme in which there is a long running documentary about virtue and vice of life in the ghetto, joy, pain, alienation, anger, and even hope."

Jones likens his project to that of Henry Louis Gates, who challenged critics of the new black theatre in the 70s.  These "militant" plays often depicted white exploitation of Black people, which offended white audiences.  Gates argued that to understand the art form one had to go beyond the text to the social reality behind the dialogue that was taking place.

"We need to change the conversation," says Jones. "Instead of scapegoating lyrics we need to focus on the social conditions which produced the lyrics."

"Fear of a Hip Hop Planet" is available in stores now.