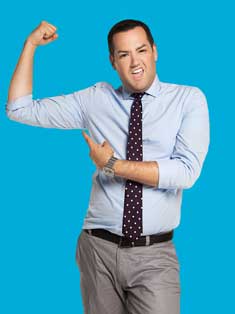 Born in Mount Vernon, Wash., on Sept. 24, 1979, Ross Mathews has traveled the world and established himself as one of the most in-demand television correspondents in the pop-culture arena today. Endearing and witty, undeniably funny and one of the hardest working people in show business, Ross has won the hearts of millions of Americans since his television debut as Ross the Intern on "The Tonight Show with Jay Leno."

He can be seen as a regular panelist and occasional guest host on E!'s late-night talk show "Chelsea Lately," and is a ï¬