By The Skanner News
Published: 28 February 2013 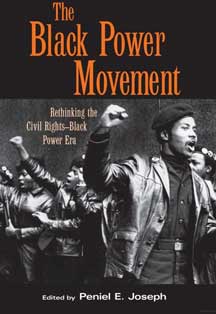 From the bookjacket: The Black Power Movement remains an enigma. Often misunderstood and ill-defined, this radical movement is now beginning to receive sustained and serious scholarly attention.

Peniel Joseph has collected the freshest and most impressive list of contributors around to write original essays on the Black Power Movement. Taken together they provide a critical and much needed historical overview of the Black Power era. Offering important examples of undocumented histories of black liberation, this volume offers both powerful and poignant examples of 'Black Power Studies' scholarship. 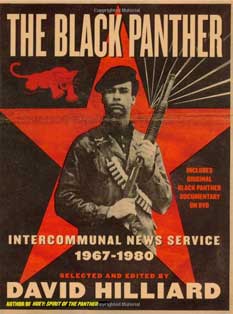 "We knew from the beginning how critical it was to have our own publication, to set forth our agenda for freedom...to urge change, to use the pen alongside the sword," writes David Hilliard in the preface to this stunning collection of pages from the original groundbreaking editions of the Black Panther Party's official news organ and original essays by Hilliard, Elaine Brown, Dr. Stan Oden, Craig Laurence Rice, Kumasi, and Joshua Bloom.

First called The Black Panther Community News Service and then The Black Panther Intercommunal News Service (BPINS), the weekly periodical was nationally and internationally distributed. It was "sold in small stores in black communities, through subscriptions, and, mostly, on the streets by dedicated Party members," writes Brown, a party leader and author of A Taste of Power, in this edition.

In its heyday, the Party sold several hundred thousand copies of the newspaper per week and was highly regarded for the quality of its content by media professionals and its legion of readers alike. It ultimately became the most influential independent black newspaper in the United States, known not only for its fearless reportage and analysis but its stunning photographs and illustrations, including provocative and humorous political cartoons.

Published in time to mark the 40th anniversary of the BPINS, this book is, at once, an invaluable document of a little-known aspect of American history and a celebration of one of the most stunning accomplishments of a cultural and political movement that changed the nation. The original DVD, included in the back of the book, makes this a multimedia package that readers across generations can appreciate, documenting events and leaders of the past who still resonate and influence culture and politics today. 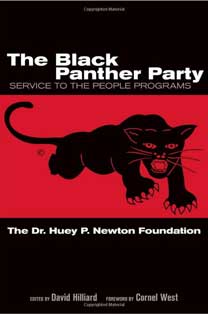 The Black Panther Party: Service to the People Programs, by The Dr. Huey P. Newton Foundation and David Hilliard, foreward by Cornel West

The Black Panther Party represents Black Panther Party members' coordinated responses over the last four decades to the failure of city, state, and federal bureaucrats to address the basic needs of their respective communities. The Party pioneered free social service programs that are now in the mainstream of American life.

Published here for the first time in book form, The Black Panther Party makes the case that the programs' methods are viable models for addressing the persistent, basic social injustices and economic problems of today's American cities and suburbs. 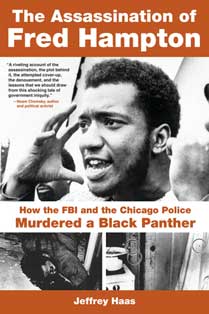 The Assassination of Fred Hampton: How the FBI and the Chicago Police Murdered a Black Panther, by Jeffrey Haas

It's around 7:00 A.M. on December 4, 1969, and attorney Jeff Haas is in a police lockup in Chicago, interviewing Fred Hampton's fiancée. She is describing how the police pulled her from the room as Fred lay unconscious on their bed. She heard one officer say, "He's still alive." She then heard two shots. A second officer said, "He's good and dead now." She looks at Jeff and asks, "What can you do?"

The Assassination of Fred Hampton is Haas's personal account of how he and People's Law Office partner Flint Taylor pursued Hampton's assassins, ultimately prevailing over unlimited government resources and FBI conspiracy. Not only a story of justice delivered, the book puts Hampton in a new light as a dynamic community leader and an inspiration in the fight against injustice. 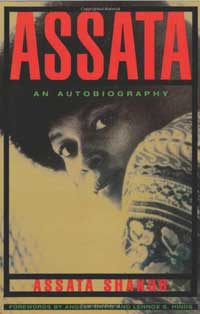 Assata: An Autobiography, by Assata Shakur, forward by Angela Davis

"This black activist's memoir is like a freeze frame of the late 1960s and early 1970s. Though the polemical rhetoric is dated, the book is an otherwise compelling tale of the impact of white racism on a sensitive and powerful young black woman. Born Joanne Chesimard, she took an African name to confirm her commitment to black liberation, joined militant organizations, and was ultimately convicted of the murder of a New Jersey highway patrol officer in 1977. Her descriptions of life in prison and the vagaries of the court system are especially wrenching. Living now in Cuba as an escaped felon, she continues her utopian plea for revolution." 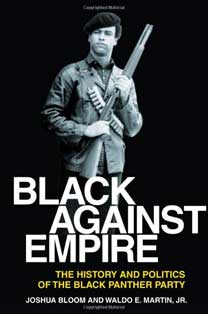 Black against Empire: The History and Politics of the Black Panther Party, by Joshua Bloom and Waldo E. Martin Jr.

In Oakland, Calif., in 1966, community college students Bobby Seale and Huey Newton armed themselves, began patrolling the police, and promised to prevent police brutality. Unlike the Civil Rights Movement that called for full citizenship rights for blacks within the U.S., the Black Panther Party rejected the legitimacy of the U.S. government and positioned itself as part of a global struggle against American imperialism. In the face of intense repression, the Party flourished, becoming the center of a revolutionary movement with offices in 68 U.S. cities and powerful allies around the world.

Black Against Empire is the first comprehensive overview and analysis of the history and politics of the Black Panther Party. The authors analyze key political questions, such as why so many young black people across the country risked their lives for the revolution, why the Party grew most rapidly during the height of repression, and why allies abandoned the Party at its peak of influence. Bold, engrossing, and richly detailed, this book cuts through the mythology and obfuscation, revealing the political dynamics that drove the explosive growth of this revolutionary movement, and its disastrous unraveling. Informed by twelve years of meticulous archival research, as well as familiarity with most of the former Party leadership and many rank-and-file members, this book is the definitive history of one of the greatest challenges ever posed to American state power.

In the 1960s, the Nation of Islam and the Black Panther Party gave voice to many economically disadvantaged and politically isolated African Americans, especially outside the South. Though vilified as extremist and marginal, they were formidable agents of influence and change during the civil rights era and ultimately shaped the Black Power movement. In this fresh study, drawing on deep archival research and interviews with key participants, Jeffrey O. G. Ogbar reconsiders the commingled stories of—and popular reactions to—the Nation of Islam, Black Panthers, and mainstream civil rights leaders. Ogbar finds that many African Americans embraced the seemingly contradictory political agenda of desegregation and nationalism. Indeed, black nationalism was far more favorably received among African Americans than historians have previously acknowledged. Black Power reveals a civil rights movement in which the ideals of desegregation through nonviolence and black nationalism marched side by side.

Ogbar concludes that Black Power had more lasting cultural consequences among African Americans and others than did the civil rights movement, engendering minority pride and influencing the political, cultural, and religious spheres of mainstream African American life for the next three decades.

Order your copies from The Skanner aStore: Books, Movies and Music