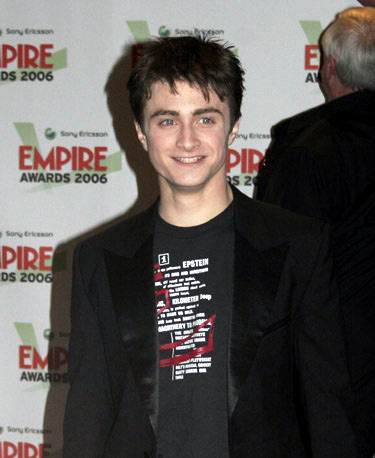 The seven novels about J.K. Rowling's boy wizard are for sale as e-books and audio books on the author's Pottermore website, the site's creators announced Tuesday.

The site says French, Italian, German and Spanish editions will follow in the coming weeks.

The books are available only through the website, which says they are compatible with major electronic readers, including Amazon's Kindle, Sony's Reader and Barnes & Noble's Nook, as well as with tablets, mobile phones, PCs and e-readers on Google's Play.

The Harry Potter novels have sold 450 million copies, but Rowling for years resisted making the books available in digital form.

She announced last year that Potter e-books would be sold through the Pottermore site, an interactive portal into Harry's magical world.

The full site, which combines elements of virtual encyclopedia, computer games, social network and online store, is set to open in early April.

Its launch, originally announced for October, was delayed after testing with a limited number of users showed changes were needed.

Rowling's final Potter novel, "Harry Potter and the Deathly Hallows," was published in 2007. The author announced last month that she is working on a novel for adults, whose title and release date have not been disclosed.