Kam Williams, Special to The Skanner News
Published: 24 May 2011 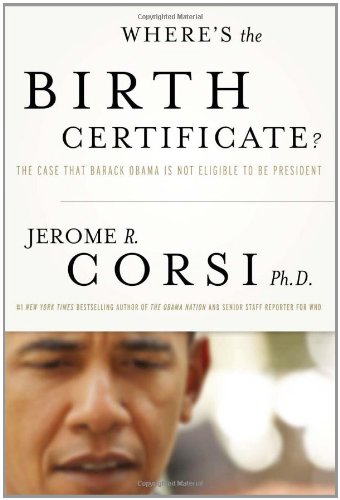 "Is the 44th President of the United States of America, Barack Hussein Obama, illegally occupying the Oval Office? This book will demonstrate conclusively that no legal authority has ever verified Barack Obama's legal eligibility to be president, that glaring inconsistencies and blackouts in his life narrative have caused widespread doubts among the American populace, and that, in fact, a compelling body of evidence exists that Obama is not a natural-born citizen as is required of all presidents by Article 2, Section 1, of the Constitution.

This book further establishes the case that Barack Obama, aided by the media collaborators, has conducted one of the most audacious cover-ups ever perpetrated at the highest level of American politics. By the time you finish reading, you will understand the need to block Obama's bid for re-election in 2012..."

-- Excerpted from the Preface (pg. v)


Four years ago, Black conservative Shelby Steele took a calculated risk when he published a book explaining why Barack Obama wouldn't win the Presidential election of 2008. But in spite Shelby's ending up with egg on his face, there's been no shortage of so-called "birthers" again willing to predict the demise of Obama's 2012 campaign even before it begins.

With the help of Donald Trump, the notion that Barack was born outside of the U.S. began to catch fire this spring, at least until the President finally called a press conference on April 27th, the very same day that a book called "Where's the Birth Certificate?" was being published by Skylar Blue. So, by releasing his original birth certificate, Obama ostensibly headed that opus off at the pass while simultaneously torpedoing Trump's political aspirations.

I think most folks considered the birther issue put to rest once and for all, but now along comes another tome with the same title as Blue's. This "Where's the Birth Certificate?" was written by Jerome R. Corsi, author of Unfit for Command, which questioned the veracity of Senator John Kerry's service record during the war in Vietnam.

However, Corsi's 400+ pages of copiously-detailed insinuations read more like the desperate ramblings of a mental patient or a paranoid conspiracy theorist than the product of years of sound, well-reasoned research. Nonetheless, all is for naught, given the President's dispositive production of the missing document in question.