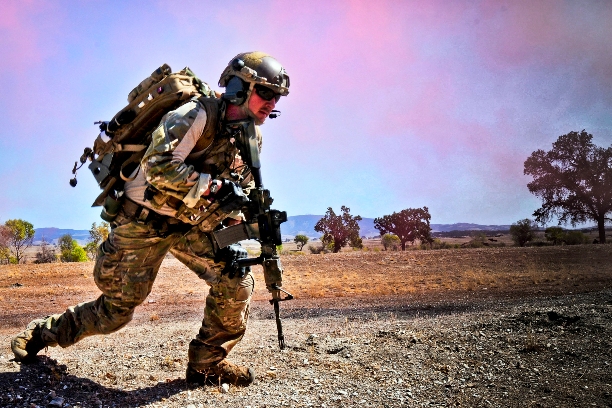 Military personnel and veterans are watching events at the Veterans Administration after a report found 24 veterans died waiting for medical care. Photo shows an airman on a training exercise in California, in October 2014. Photographer:Senior Airman Rachael Kane

We agree that the three hospital administrators in Dublin, Georgia, Pittsburg and Central Alabama must go, along with the Washington-based procurement official cited in a damning Inspector General’s report.

But the culture of the Veterans Administration won’t change unless everyone who did wrong is held accountable. Every manager responsible for falsifying reports for their own personal gain should be fired. The FBI is investigating misconduct in the VA and says a full criminal case will be opened if warranted. We can't see any way a criminal prosecution would not be warranted.

And not just a few scapegoats.

Between 2009-2011 at least 24 veterans died while they were on a waiting list for medical treatment.  That's according to the Veterans Administration own report.

But the cover up has run so deep, that we may never know exactly how many veterans have died while waiting for medical care. And how many more veterans will die because the VA medical care system failed to catch their illness in time? Speedy treatment is essential to save lives.

Some veterans have the resources or additional health insurance to get the treatment they need immediately. But veterans who depend on the Veterans Administration to take care of their health  have been stuck --- on a waiting list.

Congress has now passed a bill that will give the VA more resources. Yet veterans’ hospitals have needed more staff for years.  If the problem had been addressed sooner, deaths might have been avoided.

Congress needs to move quickly to fill the vacant leadership appointments that have been held up for as long as two and three years.  Playing politics with these appointments is unacceptable. The Veterans Administration needs its full roster of staff to do its job properly.

VA Secretary Robert A. McDonald must ensure the culture of cover-up in the Veterans Administration can never return.