Video: Even Millions Can't Buy Love for Usa from Pakistan

Foster Klug of the Associated Press for The Skanner News
Published: 27 August 2010

WASHINGTON -- U.S. efforts to help Pakistani flood victims will give America's image there a boost, but not much of one. 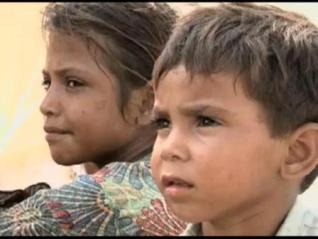 The U.S. reputation a country the Obama administration sees as crucial to defeating the Taliban and al-Qaida, already is so tarnished that even millions of dollars from Washington probably will do little to change the thinking of most Pakistanis.  The Skanner News Video: UN Warning
After all, U.S. flood aid is only a drop in a bucket already filled with billions of American dollars that have been shipped to Pakistan since the Sept. 11, 2001, terror attacks against the United States.
All that money, apparently, has done little to impress. A recent Pew Foundation poll found nearly six in 10 Pakistanis viewed the United States as an enemy; only one in 10 called it a partner.
Still, the Obama administration does not have the option of doing nothing.
The U.S. interest in helping goes beyond easing the suffering of the more than 17 million people affected by the floods. Washington also wants Pakistan's weak civilian government to succeed so that it does not lose ground to the aid work of Muslim charity groups associated with militants.
Making sure the pro-U.S. government looks good, or at least competent, is important to the Obama administration as it encourages Pakistan in its fight against militants operating along the border with Afghanistan, where the United States is fighting a 9-year-old war.
Rajiv Shah, administrator of the U.S. Agency for International Development, said late Tuesday during a visit to Pakistan that the country will have to demonstrate it can spend relief funds transparently and well if it wants more help in rebuilding.
The Pakistan government says about $800 million in emergency aid has been committed or pledged so far. But there are worries internationally about how the money will be spent by the government, which has a reputation for inefficiency and corruption.
Robert Hathaway, director of the Woodrow Wilson Center's Asia program, warns against expecting U.S. aid to immediately turn around the deep distrust many Pakistanis feel toward America. "This relationship has a lot of baggage, and it will take an incredible amount of hard work over many years really to rebuild," Hathaway said.
Many in Pakistan see the United States as interested more in killing insurgents than in helping the country's poor. Past U.S. support for former Gen. Pervez Musharraf and other military rulers has fueled a perception that Washington cares little about Pakistan's democracy. Then there is the idea in Pakistan that the United States is anti-Muslim, a view that could be strengthened by opposition to a mosque planned near the World Trade Center site that Islamic extremists destroyed in 2001.
Dan Feldman, the Obama administration's deputy special representative for Afghanistan and Pakistan, recently bristled at the notion that U.S. relief work is an attempt at image improvement. "We're doing it as a response to a humanitarian crisis," he said.
Still, the United States has made sure to spread the word of its response to the floods aggressively, with senior U.S. officials, including Secretary of State Hillary Rodham Clinton, making regular statements.
Feldman said in a briefing this week that the United States is providing up to $150 million in aid. U.S. military helicopters have evacuated thousands of people and delivered hundreds of tons of relief supplies. Among those supplies are 700,000 mosquito nets to help families ward off malaria, giant water treatment machines to provide safe drinking water and tens of thousands of blankets and inflatable boats to help isolated villages.
For people saved from rising waters by U.S. helicopters or given lifesaving medicine or food, America's image will rise. U.S. aid cannot reach every flood victim, however, and not everyone getting the aid will know it is from the United States.
Along with worrying about helping as many people as possible, the Obama administration also must keep an eye on insurgents who know the people and the terrain and can use the flood to build support among its victims.
Jason Campbell, a South Asia analyst at the Rand Corp. think tank, said Washington understands that any "gaps in U.S. assistance will likely be filled by charities that, if not directly tied to militant groups, are at least sympathetic with them."
The U.S. aid could provide another boost to counterinsurgency efforts. The sooner the Pakistani military can scale down its relief work, the sooner it can return to fighting insurgents.
Teresita Schaffer, a former State Department South Asia specialist, said the United States must do everything it can to help.
But, she said, "I don't think there will be an attack of the warm fuzzies just because we're providing some helicopters."