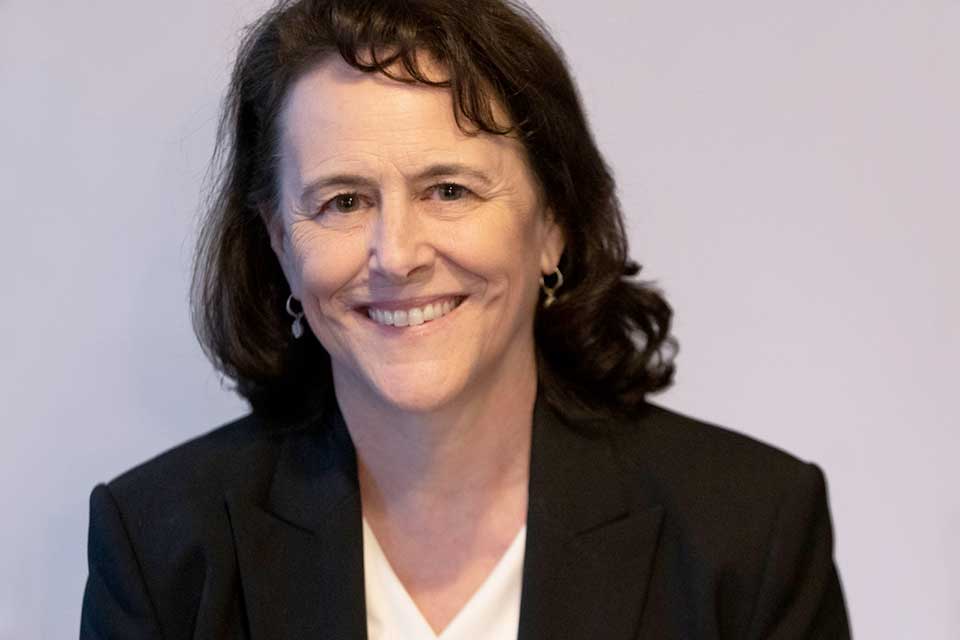 Editor's Note: The Oregonian commissioned a study of its history of racism, and published the report on Oct. 24, 2022. The Skanner is pleased to republish the apology written by the editor, Therese Bottomly. We hope other institutions will follow this example of looking inward, acknowledging any racism they find, and inviting the community to engage in helping them create new pathways of racial Justice.

As editor of The Oregonian, the current leader of the newsroom, I unreservedly apologize to our readers and our community for the racism in this newspaper and the legacy it leaves.

For decades following its founding as a daily in 1861, The Oregonian promoted racist and xenophobic views. Editorials and news articles were decidedly on the wrong side of morality. The institution stirred hatred, prejudice and unwarranted fear.

After George Floyd was murdered, thousands of people marched in the streets to demand social justice. Some institutions, including a handful of newspapers, responded to the moment with sustained examinations of their histories in pursuit of strengthening the principles of diversity, equity and inclusion.

The Oregonian/OregonLive looked inward as well.

Oregon was founded as an exclusionary state openly hostile to people of color, and Portland today remains the whitest major city in America. How did the newspaper cover issues of race as the state’s preeminent source of news? How did journalists and editorial writers of the day treat non-white people and communities? How did choices of what was published — and what was not — shape the community we live in today?

And what role might The Oregonian have played in failing to seek redress for discrimination and prejudicial policies that laid the foundation for systems in place today?

Or, worse, what role did the newspaper play in sustaining and promoting the dominant white culture in laws, institutions, and policies?

Investigative reporter Rob Davis began his deep examination of the newspaper’s history more than a year ago. He and his editor, Brad Schmidt, spent months reviewing the archives, assessing the evidence and talking to historians and Oregonians whose communities were affected by the coverage.

I thought we would find the newspaper had missed stories, ignored major cultural movements, been behind the times. And, yes, we found sins of omission, to be sure.

But the gravest mistakes were sins of commission.

What Davis found in our archives is sickening. Revolting. Painful. Indefensible.

The newspaper regularly referred to Black Oregonians by using the worst possible slur.

The Oregonian belittled victims of actual and attempted lynching, as well as other brutal attacks.

The newspaper demonized Black Oregonians and treated them as inferior, celebrating efforts to prevent them from voting, owning homes or having equal rights.

The paper failed to stand for the rights of Oregonians of Japanese descent when they were unjustly and without basis treated as the enemy and imprisoned during World War II.

It would be far too easy, too facile, to say The Oregonian was simply a product of the times. Perhaps its pages simply reflected the racist views of the day. Maybe in that light, it wasn’t so terribly awful.

What The Oregonian published time and again was objectively abhorrent.

The historical coverage was not solely responsible for discriminatory policies, practices or outcomes, of course, but when The Oregonian might have helped forge a better path, it frequently failed to do so. At times, it used its position of power to help lead those discriminatory efforts.

Some people stood up when white Oregonians discriminated against, beat, ran out of town, wrongly jailed Black people. The Oregonian was not among them.

Others spoke against the imprisonment of Japanese Americans in World War II, risking reputation and much more to stand for what was right and moral. The Oregonian did not.

Even worse, the paper attempted to minimize the experience of U.S. citizens who were wrenched from their homes, who lost everything, including their land and their freedom, simply for having Japanese heritage.

For this, and for the racist and xenophobic coverage that led up to it, I feel profound regret and I apologize without reservation.

Newsrooms tend to rush forward from deadline to deadline. We are not good at introspection or covering ourselves. The evidence of this paper’s racist legacy had been archived, page by page, decade by decade, and I am ashamed we did not examine it sooner and with more urgency.

Among those of us who make up the institution today, it may be tempting to say we weren’t here back then, that wasn’t us, we didn’t do it. Judge us for what we are today.

Why should we feel any accountability for what other leaders of the newspaper, particularly Henry Pittock and Harvey Scott, did or failed to do decades or a century ago? This all occurred well before current ownership or leadership.

Changes in the newsroom

To be sure, we are not responsible for those wrongs, but we can acknowledge them, humbly and forthrightly. And by recognizing this paper’s historic role in fostering a climate where racism was acceptable, the institution today can learn from those failings and work to correct mistakes we make in more modern times.

Newspapers, like other institutions, reflect the individuals within them at any given time — those who guide them and those who do the daily work.

I am proud of the many changes The Oregonian/OregonLive’s newsroom has made in the interest of more equitable coverage in recent decades and years. For instance, we were among the first news organizations to refuse to publish mascot names and images so offensive to Indigenous and Native people.

We have a longstanding practice of not mentioning race in vague suspect descriptions that do nothing to help catch criminals and can reinforce negative stereotyping. We don’t routinely publish police mugshots when someone is accused but not convicted.

We have long supported the annual High School Journalism Institute and a summer internship program with the hopes of drawing diverse voices to more newsrooms of the future.

While our newsroom is predominantly white, we are working toward building a staff that reflects the diversity of our community — a longstanding goal and one of our greatest challenges. (A quarter of our newsroom staff is racially or ethnically diverse and half are women.)

Even today, we know we still don’t always get it right when it comes to our coverage, and there remains work to do.

Recognizing that, for this project — written by a white male investigative reporter and edited by a white male investigative editor — we shared early story drafts with people of color. Members of our diversity committee helped identify additional reporting opportunities and gave feedback, not only on the words written but the substance of the articles. We asked two former diversity committee chairs, people of color who are no longer at the paper, to review the drafts and provide advice about how to make them better. And we contracted with five BIPOC community members who reviewed the drafts to provide more feedback, with an emphasis on evaluating word choice, checking for blind spots and limiting further harm to communities of color.

This level of outside review is unprecedented for The Oregonian. While we didn’t incorporate every suggestion offered, we followed many — which helped to greatly improve the stories.

Listening to the community

Going forward, I pledge to keep readers informed as we assess our steps toward more inclusive — and accurate — journalism. I will be transparent about our progress, or lack thereof, in building a newsroom that reflects our community. I will share top-line results of our internal audit, which will analyze for the first time the diversity of the people quoted in our articles.

I’ll regularly communicate changes in our newsroom beats or structure to ensure we are doing more to cover communities of color today. In that vein, we’re hiring a senior newsroom leader to guide our diversity and inclusion work.

The newsroom leadership is committed to holding listening sessions beginning in early 2023 to hear directly from communities of color about how we can improve our coverage. We'll use that feedback, along with recommendations from the senior editor for inclusive journalism, to help guide staffing decisions.

This has been a painful and necessary exercise of self-examination. It’s a reminder of the hard work ahead. We must continue to be vigilant about stories we are missing, about recognizing our implicit biases.

We know racism remains pervasive and we are committed to shining a light on injustices.

For now, please read the project.

To comment on this project or share a story idea, please email The Oregonian/OregonLive at equity@oregonian.com or leave a voicemail at 503-221-8055.

This history is hard to read but you must. And you must hold us to our pledge to always do better.

This editorial was republished with permission from The Oregonian.