Do Black Kids Deserve This Treatment in School? 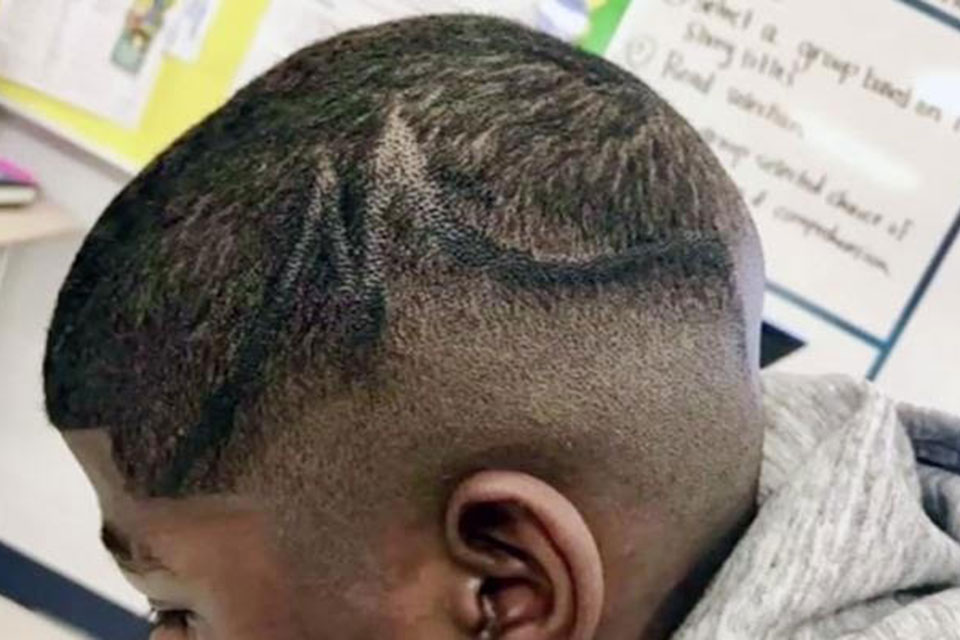 Laughing at the humiliation and degradation of a young and impressionable Black boy is intolerable but having that type of behavior displayed by the people directly responsible for the education and development of that young Black child is even more despicable.

Better yet, what if it was your child?

Well, one family is having to deal with the aftermath of what allegedly happened to their 13-year-old son, Juelz Trice, back on May 17th that has left the community up in arms.

The emotional, mental and physical scars that Juelz has had to overcome since the alleged incident involving three White Pearland Independent School District (ISD) employees, has left him feeling embarrassed, distraught and the subject of online bullying.

Juelz’s family recently filed a federal Civil Rights lawsuit against Pearland ISD, along with the School Discipline Clerk, Helen Day; the Assistant Principal at the time, Tony Barcelona; and a teacher, Jeanette Peterson, at the school that young Juelz attended.

According to the lawsuit, on April 16, 2019, Juelz, who is referred to as ‘J.T.’ in the federal lawsuit, was a 7th grader at Berry Miller Junior High School in Pearland, Texas. At the time of the alleged incident, Juelz had just gotten a “fade” haircut with a design line in his head. For those not familiar, a fade haircut is common and popular amongst many African American youth. Juelz’s fade haircut did not depict or represent anything violent, gang-related, obscene or otherwise offensive or inappropriate in any manner, as it relates to somehow violating the school policy that was on the books. The lawsuit continues by stating that on Wednesday, April 17, 2019, Juelz arrived at school by bus in a timely manner at about 8:20 am and immediately went to the cafeteria for breakfast. Tony Barcelona, who was the Assistant Principal at the time, and who is a White male, approached Juelz and told him to go to the office because he was allegedly “out of dress code” according to the school’s policy.

Juelz had never been informed that he had been “out of dress code” before, according to the lawsuit, so he did as he was told and went to the office. He waited for approximately twenty minutes before Assistant Principal Barcelona finally showed up. According to the lawsuit, Assistant Principal Barcelona further instructed Juelz to go to the office of Discipline Clerk Helen Day, who is a White female.

For the record, a discipline clerk in Pearland ISD is, as the title suggests, is stated as a person who is supposedly knowledgeable about the discipline policies in Pearland ISD and who is charged with their enforcement, including hairstyles in the dress code.

The lawsuit continues to describe what happened next. According to the lawsuit, Juelz walked into Discipline Clerk Day’s office, where she showed him a copy of the Pearland ISD dress code and told him that he was in violation of the dress code regarding hairstyles. After a short while, Assistant Principal Barcelona came to Discipline Clerk Day’s offic

e to address the situation.

In the presence of Discipline Clerk Day, Assistant Principal Barcelona informed Juelz that he would receive In-School Suspension as a form of punishment for an indeterminate length of time. For the record, In-School Suspension requires that a student stay in one room all school day, where they cannot go to classes, thereby, straining their academic success. In addition to that, any school discipline received by a student can affect their extracurricular activity participation, to which Juelz, who is an active track participant, would have been affected.

Assistant Principal Barcelona gave Juelz another option, however, which was to have the fade haircut line design he had on his scalp immediately colored with a permanent marker, otherwise known as a Sharpie pen.

According to the lawsuit, in Juelz’s mind, this was intended to somehow cover up the line design. The lawsuit claims that neither Assistant Principal Barcelona, nor Discipline Clerk Day, informed Juelz that he could appeal the proposed suspension, appeal the potential scalp coloring or have a meeting or hearing about the matter to resolve the issue. The lawsuit also states that Juelz was not informed that he could contact his parents for their advice on the matter.

According to Juelz’s parents - Ms. Washington and Mr. Trice - no one made any attempt to contact either of them, although their phone numbers were on file and readily accessible. The lawsuit also states that no hearings or meetings were ever proposed or set up by any Pearland ISD employee to address the matter.

As Juelz had never been in trouble before, and because he did not want to be suspended or get in trouble with his parents by having a first-time suspension appear on his school record and possibly be removed from the track program, he made the decision, under great duress, to immediately choose coloring his scalp with the Sharpie as the best course of action to take.

After this forced decision, it was then, according to the lawsuit, that Discipline Clerk Day handed Juelz a jet-black Sharpie permanent marker in full view of Assistant Principal Barcelona.

Juelz claims in the lawsuit that after a few minutes, with Assistant Principal Barcelona overseeing, Discipline Clerk Day took the jet-black Sharpie from him and started coloring his scalp without his consent. The lawsuit goes on to say that as Discipline Clerk Day was blackening Juelz’s scalp, a schoolteacher, Jeanette Peterson, who is also White, just so happened to be passing by the office, and was asked to continue blackening Juelz’s scalp with the Sharpie without his consent. Peterson agreed and continued on with the humiliation of young Juelz.

One of the most troubling parts of the lawsuit, is where it states at times during the coloring of Juelz’s scalp, that Assistant Principal Barcelona, Discipline Clerk Day and schoolteacher Peterson were laughing at what these White adults in positions of legal authority in Pearland ISD were doing to him. To conclude the details in the lawsuit, it states that after they finished with their humiliation and demeaning actions of blackening Juelz’s scalp, Discipline Clerk Day sent him to Miller Moment, which is study hall, because their actions caused him to miss the entirety of his Spanish class. As he continued throughout his day, the lawsuit claims that students noticed the jet-black coloring on Juelz’s scalp, which generated talk around the school. Some students even criticized him and made fun of him, according to the lawsuit, and social media posts with memes followed which caused Juelz extreme mental anguish.

After several attempts by the parents and their lawyer to resolve the issues with no response from Pearland ISD, the plaintiffs filed this federal lawsuit. According to the family’s lawyer, civil rights attorney Randall Kallinen, Pearland ISD changed their dress code hairstyle policy after the incident, and to make matters worse, Assistant Principal Barcelona has been promoted from assistant principal to head principal where Juelz is now a student in the eighth grade.

"Despite this extremely shameful behavior and history of racial discrimination, the Pearland ISD has doubled down and now installed Tony Barcelona as head principal of the Berry Miller Junior High School, kept Day and Peterson in their current positions, and refused to meet with Juelz's parents to discuss their behavior or any training of Pearland ISD employees," said Kallinen.

In a statement, Pearland ISD stated that the practice administered by the three White Pearland ISD employees was not one condoned by the district and stated that it did not align with appropriate measures for dealing with dress code violations.

After the incident Pearland ISD Board of Trustees member Mikael Floyd stated, "It's no secret that racism, whether intentional or not, has crept into the code.

"The administration has made it clear that they are aware of the Board's stance that provisions which are rooted in cultural or racial inequalities must be changed, and anything less will be unacceptable in my opinion."

This is a troubling pattern that has continued in Pearland ISD. According to a 2015 study by the U.S. Department of Justice Office for Civil Rights, they found that while there were more than twice as many White students (38.6%) than African American students (15.9%) enrolled in Pearland ISD, the two groups made up equal portions of students who received In-School Suspensions (30.4%). In other words, African American students were suspended 143% more often than White students.

Juelz seems to be one of those recurring Black victims in Pearland ISD, based on the details surrounding this incident and spelled out in this federal lawsuit. The real question is, however, how many more Black students will become victims of these same Pearland ISD employees, who remain in positions to impact their lives and futures?

In the meantime, the lawsuit seeks an unspecified amount in compensatory damages. This case will be an interesting one to continue to follow.

Jeffrey Boney is a political analyst and frequent contributor for the NNPA Newswire and BlackPressUSA.com and the associate editor for the Houston Forward Times newspaper. Jeffrey is an award-winning journalist, dynamic, international speaker, experienced entrepreneur and business development strategist. Follow Jeffrey on Twitter @realtalkjunkies.