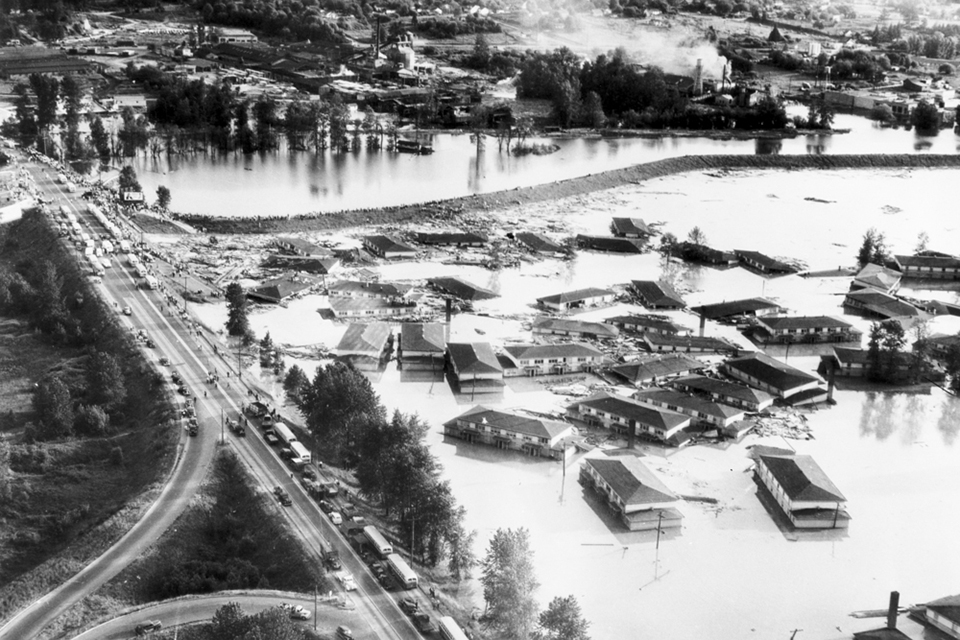 As the child of immigrants growing up in a predominantly White neighborhood, I was force-fed an untrue story and shame was sewed early into my identity. Learning about Vanport now has been akin to an adopted child finding a piece of their true identity. I have a story.

It was 4:17 on May 30, 1948, when the dike collapsed. African Americans and Whites rushed out of Vanport as the water levels rose. In one day, the second largest city in Oregon was destroyed.

But it was a city built on a flood plan. African Americans in search of a better life in the Northwest were relegated to live in the most dangerous area. This has taught me the implications of structural racism -- that beyond working hard, there must be changes at policy level to advocate for equality for African Americans.

The day of the flood, the Housing Authority of Portland told Vanport, “Dikes are safe at Present. Don’t get excited.” The sirens only went off 30 minutes before the city began to be buried by water.

This has taught me that lies are a form of mental oppression. The lies I was handed in fourth grade were a continuation of a long legacy of misleading minorities to stunt their advancement. The story of Vanport has taught me not to accept all words as truth and seek out primary sources for true information.

After the flood waters erased Vanport, there was a second coverup. The event was erased from the Oregon history books. I remember learning about The Oregon Trail, Lewis and Clark, the Multnomah Indians but I never heard of Vanport. I played soccer at Delta Park not knowing I was kicking a ball next to a grave site. Portland State handed me a degree with honors and never taught me that the school was originally founded as Vanport College and originally located in the area that was washed away 69 years ago.

This has taught me that “history” is his-story, and as an African American female, my story is easily washed away. I have to record it to tell others about Vanport.

I now live on a house on a hill, a recipient of the benefits of another generations fight against oppression. My daughter is five, and has just started kindergarten. When she reaches fourth grade, she will be prepared. When the teacher begins her Oregon history lesson, she will rise, head held high and tell the teacher she would like to give a presentation on Vanport. The story of some of the first African American settlers in Portland, how hard they worked, the college that was built and the flood that destroyed their homes. The story of Vanport. She will teach them her story.

Muyoka Mwarabu is one of two winners of a 2017 essay contest held by The Skanner Foundation and sponsored by the Oregon Lottery on the lessons of Vanport.