Obama Should Have 'Audacity' to End War on Drugs 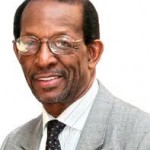 The Institute of the Black World 21st Century (IBW) is gearing up for a Day of Direct Action June 17 in Washington, D.C. to demand an end to the War on Drugs and mass incarceration  and call on President Obama to invest in marginalized urban inner-city Black communities across the nation.  While ending the war on drugs as a devastating racially-biased policy is essential, we in IBW have always insisted that overcoming joblessness and economic underdevelopment is ultimately the key to combating the crime, violence, fratricide and mass incarceration that have become the scourge of America's "dark ghettos."

According to a study by the Community Service Society, the unemployment rate for African-American men in New York, age 16 to 24, was 33.5 percent at the height of the Great Recession.  That figure is likely closer to 50 percent when young Black men who are no longer looking for work are included. What is true of New York is true of virtually every urban inner-city area in this country

In a recent New York Times article by Jared Bernstein, Senior Fellow at the Center on Budget and Policy Priorities, lamented the fact that chronic unemployment has emerged as a major problem for Americans in general with 11.7 million looking for work as of the last job report  and "about eight million more stuck in underemployment."  But, as William Julius Wilson has pointed out, the problem of joblessness is much more severe in Black communities where work has simply "disappeared" because of massive disinvestment in urban areas and structural factors like deindustrialization.  Therefore, there are disastrous, depression levels of joblessness in Black communities — levels which would not be tolerated in White communities.

The absence of jobs and economic opportunity contribute to destructive behavior among young people, particularly Black males. However, in the absence of "legitimate" jobs/work, an illicit economy and new "employer" have become a reality of life in America's dark ghettos – the trafficking of illegal drugs.  Africans in America are only bit players in a multi-billion dollar global enterprise dominated by huge transnational cartels. But, the fierce and deadly competition to share in and control a lucrative piece of the action has had a devastating impact – turf wars, chronic crime, violence, fratricide, targeted, paramilitary policing and mass incarceration.

Every week there is the equivalent of a Newtown massacre in some Black community in this country.  Data compiled from a variety of sources by Zachary Williams of IBW's Research Consortium paint a painful picture:


The Depression-level joblessness and horrific scale of fratricide in America's dark ghettos is a national disgrace, a moral and political crisis that should concern all Americans.  But, there is no national outcry, no outrage because the affected people are Black – "the wrong complexion to get the protection."  Who would have believed that 50 years after the March on Washington that a State of Emergency would exist in Black urban inner-city neighborhoods?  President Obama must have the "audacity" to act on this crisis.

In his New York Times article Bernstein strongly recommends that liberals/progressives resurface and reaffirm the goal of a full employment economy as reflected in the Humphrey-Hawkins Act of 1978. Under the proposed bill, the government would become the employer of last resort when unemployment rises above 5 percent. The emphasis would be on utilizing public sector jobs as a short-term remedy.

A direct, targeted public sector jobs program with a priority on employing formerly incarcerated persons would have amazing results. Decent jobs with good wages and benefits is the best anti-crime, anti-violence, anti-fratricide and anti-mass incarceration program that this administration and the nation could embrace.

As we approach the 50th Anniversary of the March on Washington, it's time for President Obama to do more than reference Martin Luther King and the "Moses generation" as if the civil rights/human rights agenda is a thing of the past.  Black people who are suffering from the debilitating effects of the War on Drugs, joblessness, fratricide and mass incarceration need more than symbolism and the benefits that indirectly accrue to our communities from decent policies like the Affordable Health Care Act.  We need President Obama to declare the conditions in Black America a moral and political crisis and call for direct action to heal distressed Black communities. On June 17th a contingent of "Drum Majors for Justice" will be at the gates of the White House to plead our case. Groups of jobless young people and representatives of anti-violence organizations should join IBW in this urgent endeavor!

Ron Daniels is President of the Institute of the Black World 21st Century and Distinguished Lecturer at York College City University of New York. He can be reached at info@ibw21.org.