A Roadmap for the Oregon Commission on Black Affairs 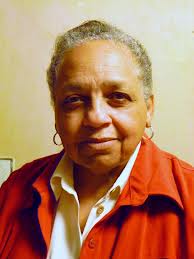 Twenty-six years ago I became the first full-time executive director for the Oregon Commission on Black Affairs (OCBA). Created by ORS 185.410, the OCBA is charged to work for the implementation and establishment of economic, social, legal and political equality for Oregon's African American and Black populations. Excited about working with a group with so much potential, I envisioned it as a visible and forceful body, working to influence State policy on behalf of Black families and children in Oregon.  After all, how could it not be powerful when by law, it exists to serve the State of Oregon and by law, is authorized to:

* Identify and research concerns and issues affecting the African American and Black community, and to recommend actions to the governor and to the Legislative Assembly, Including recommendations on legislative programs;

* Act as a liaison between the African American, Black community and Oregon's government

* The Commission may serve as advocate, analyst, instructor, monitor, and advisor.

The most recent, negative publicity about the Commission, has again raised the question of whether the advocacy Commissions are relevant.  If one reads the Urban League of Portland's report: The State of Black Oregon, it is clear that disparities still exist between the health and well-being of Black Oregonians when compared with our white population. These documented disparities make the OCBA relevant.  It is now time for it to become more visible and demonstrate its effectiveness in carrying out its responsibilities.

The State can help by making sure all commission members understand both their responsibilities and how to effectively interact with State systems. The OCBA minutes from March of this year indicate that the State has an orientation for new Commissioners.  My hope is that it provides a clear explanation of expectations both of individual Commissioners and of the Commission as a State funded body.

As a state-funded body, the OCBA is seriously under-funded given the work with which it is charged.  In 1997 the Legislature reduced funding for all of the advocacy committees and encouraged them to raise funds for themselves imposing strict limits on how much they are allowed to raise.  Inadequate since the beginning, State financial support of the Advocacy Commissions continues to be inadequate. At the same time, continued conflict and questions about the actual work of the OCBA will erode chances of having the Commission's budget increased beyond its current level restored to its former level of support.

I looked for current performance measures for the OCBA on its website and did not find them. Performance measures are tied to the budget and the last ones I found were for 2003. It is essential that the OCBA have reasonable performance measures, set goals and submit regular progress reports to the Governor and Legislature at specified intervals.  This is the only way to engage their interest and engender greater a focus of State Government on the issues affecting African Americans in Oregon… which is the charge of the Commission.

My review of the OCBA meeting minutes back to October of 2009 tells me little of the accomplishments of the Commission.  The last issue of its newsletter was dated June-July 2010 and provided little information on OCBA legislative activities and/or systemic issues.  While there are standing committees there is little in the minutes to document that the planned activities discussed therein, ever came to fruition.  We need to hear from the OCBA.  The most recent press release I could find was dated February of 2012.  We need to know what the OCBA is currently working on, what is its focus, what actions has the OCBA recommend to the governor and to the Legislative Assembly in the past two years?

The Commission must use their legislative representatives to help traverse the complications of State Government.  The OCBA must use ways to inform the statewide public of its vision and accomplishments.

The Commission on Black Affairs must engage Oregon's Black communities in dialogue about State policies and programs and generate recommendations for revised and/or new policies and programs at the highest level, the level of the Governor, the Legislature and Bureau directors.  The Commission does not exist to resolve the problems of individual Oregonians, but rather to resolve issues by being aware of the impact of decisions being made and by making documented and viable recommendations for changes in policy and program.

Above all, the OCBA must put all of its effort into carrying out its mission and its mandate to serve the African American and Black communities of OREGON.