Editorial Opinion: Obama Did Not Overstep His Executive Power! 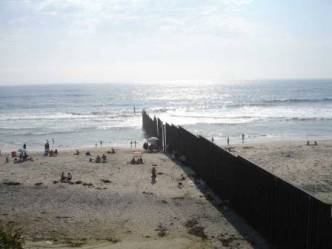 President Obama made two courageous announcements recently. First, he said he personally has evolved and is now in favor of gay marriage. We want to commend him.

Second, last week Obama signed an executive order that will improve life for up to 1 million young people. He said his administration would no longer deport immigrants under the age of 30 who came to the United States as children, and have lived here for more than five years.

The policy change is a temporary fix that will make life easier for thousands of law abiding young people, caught in an impossible bind. It was the right thing to do. Hats off to President Obama.

Our only question is why make a cutoff at age 30?

The Skanner News believes that no-one who was brought here as a child, grew up in America, feels American and is contributing to America, should be sent to a strange land they hardly remember. After all, unless you are Native American, your family came here from somewhere else. We are a nation of immigrants.

That's the moral argument. But self-interest should also tell us not to deport our smartest young brains. Some of these young people have even served in our military. And with an aging baby boomer population about to hit the Social Security rolls, we need many more young workers to keep the economy in balance.

The president's decision came after months of trying and failing to get Congress to pass The Dream Act. The Dream Act would settle the issue for good. This fix does not. It provides a two-year breathing space, and the policy can be reversed at any time.

Republican Presidential Candidate Mitt Romney, was given three opportunities to address the issue on Sunday's 'Face the Nation' show. Bob Schieffer asked him three times if he would reverse the policy. He waffled and dodged the question.

Some say the president is using the policy as a vote-getting ploy. They say he overstepped his power and should have waited for Congress to act. Well, if executive power is the issue, Congress could act to curb it. It won't. Both parties love executive power when their man is in the White House.

As for the decision being political? So what. It's the political season, isn't it?

Politics is about doing the things you believe in and rewarding your supporters.

Congress needs to pass the Dream Act or some kind of permanent fix. But neither party wants to upset the anti-immigration lobby, which blames Hispanics for our job crisis. No matter that the facts say different.

We're going to have to work very hard to get the long-term fix we need. In these modern times, young people have different ideas and values. They are much more tolerant of differences. Their way is the way of the future. Let's support them.

Should the President have signed the executive order? Yes or No?


PHOTO of the fence at the Mexican/U.S border at Tijuana beach courtesy of James Reyes