A mistreated maid? Or a profound insult? 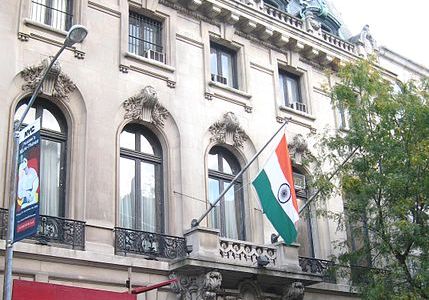 NEW DELHI (AP) — In New York, it looked like a straightforward case: an obscure young diplomat at the Indian consulate was accused of lying on visa forms so she could bring her maid to the U.S., paying her less than $3 an hour. The diplomat was arrested, processed through the legal system like anyone else and quickly freed on bail.

In India, though, the hours that Devyani Khobragade spent in custody have set off a diplomatic storm. Government officials roared about her public arrest, particularly her strip search. Cabinet ministers warned of international conspiracies. An Indian official compared the search to a gang rape. Heavy concrete security barriers were dragged by police from around the U.S. Embassy. The Indian media fumed over the country's humiliation.

Foreign Minister Salman Khurshid summed up the feelings of many people here. "It is no longer about an individual," he told Parliament in an angry speech Wednesday. "It is about our sense of self as a nation and our place in the world."

Because what happened in New York was not just about an arrest, or about one young woman. Instead, the incident pinballed through a series of cultural land mines, causing an uproar in a country where a woman's honor is supposed to be publicly defended, insults are profoundly felt and the treatment of one's maid is, for most, considered no business at all of the authorities.

As for the arrest itself: Only the powerless and poor would face arrest for lying on a government form. For someone in the educated elite, a strip search would be unthinkable.

"There's an expectation here that if you speak English in a certain way you will be treated with a certain deference by the authorities," said Mihir Sharma, a New Delhi writer and associate editor of the Business Standard newspaper.

It's an expectation that means police rarely harass drivers of Mercedes, and wealthy Indians convicted of brutal crimes can spend years free on medical leave.

Then there's history. The arrest mingled with long-harbored worries that the U.S. condescends to India, treating it as a poverty-wracked nation with poor sanitation instead of as the world's largest democracy and a nuclear power. Also, while New Delhi and Washington have become close allies over the past decade, that followed many more years of Cold War distrust, when India had close ties to the Soviet Union, the United States had close ties to Pakistan and the U.S. Embassy here was regarded as little more than a walled CIA encampment.

Among the Indian elite, and particularly among senior foreign service officers, it's not hard to find people who still look at the United States with deep-rooted suspicion.

"For (so) long these Americans ... have taken us for granted, and we loved to surrender every time they insulted us, interfered in our affairs and humiliated our citizens," Tarun Vijay, a Hindu nationalist and member of the upper house of Parliament, wrote in the Times of India. "Our ministers are subjected to humiliating searches and we kept quiet."

But what does he mean by "humiliating searches"? Vijay is referring to basic security checks at American airports, and his description says a great deal about the cultural gulf that can separate the U.S. and India. It's a gulf that can leave people from both countries adrift in confusion.

Americans are raised to view elitism with distaste, or at least to pay lip service to the everyman ideal. Presidents are celebrated for carrying their own luggage or chopping wood for the fireplace. Sitting members of Congress must go through airport security. Warren Buffett, the second wealthiest man in the world, is known for his unelaborate suburban house in Omaha.

In explaining the arrest, U.S. Attorney Preet Bharara — who was born in India but raised in the United States — highlighted that difference.

The "sole motivation in this case, as in all cases, is to uphold the rule of law, protect victims, and hold accountable anyone who breaks the law - no matter what their societal status and no matter how powerful, rich or connected they are," he said in a statement.

In India, though, elitism is nothing to be embarrassed about. Instead it is something to be proud of, and its perks are openly flaunted.

A boss in many Indian offices wouldn't dream of carrying his own briefcase to his car at the end of the day, and no self-respecting Indian Cabinet minister would be seen waiting at a security checkpoint. Mukesh Ambani, India's wealthiest man, built his family a 27-story tall Mumbai tower thought to be the world's most expensive private home.

Largely unexamined in India is the life of the maid, Sangeeta Richard. If most Americans believe the case revolves around a mistreated woman, a maid who authorities say was paid a tiny fraction of the minimum wage in one of the world's most expensive cities, most Indians see it far differently.

"Nobody likes talking about our domestic help situation, where there's usually a great deal of exploitation," said Sharma, the writer. "'They're a member of the family,' we're always told."

In some cases, this can mean employers provide their staff with good salaries, free food and housing, and schooling for their children. But Indian rights activists say there is rampant mistreatment of household staff across the country, with millions of people working 12 hours a day, six days a week for less than $100 a month, often sleeping on mats unrolled on the kitchen floor.

And what of Khobragade?

She has been defended by the prime minister, the foreign minister, the political opposition and dozens of news anchors. She has been upheld as the image of the sophisticated modern Indian, a woman working in a far-away nation on behalf of her nation.

But almost no one has mentioned her caste. Khobragade comes from the bottom of Hinduism's complex social ladder, from a community so low that traditionally it was seen as not having any caste at all. A couple of decades ago, she probably would not have had such a plum diplomatic posting, if she had made it into the foreign service at all.

Now, as India changes and its caste system frays, this surprising fact is possible: The diplomat is a dalit. The woman who has inspired such outrage on the part of fellow Indians — the woman whose handling, both in principle and physically, has touched off a diplomatic row — is a member of the outcast community once known as "untouchables."

And in India of 2013, where dreams of global respect can often trump even the strongest of traditions, no one seems to care.