Special to the NNPA from the Afro-American Newspaper
Published: 22 December 2010 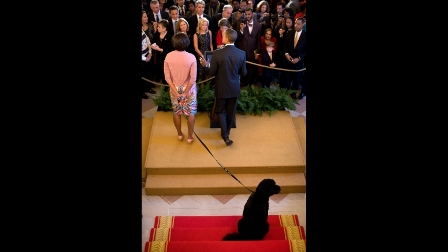 Senate Democrats on Dec. 18 voted to repeal the "Don't Ask, Don't Tell" ban on gays in the military. Republicans, however, continued their attempts to amend the arms control START Treaty while successfully blocking the immigration reform DREAM Act.

The measures were issues on which Obama issued campaign pledges during the 2008 presidential campaign. He had promised to end the "don't ask, don't tell" policy governing homosexuality disclosure in the military, and to revise both immigration policy and the Strategic Arms Reduction Treaty (START) with Russia.

The Senate voted 65 to 31 for a procedural measure that will begin the process of repealing the 17 year-old "don't ask, don't tell" policy, a measure that the president said he will sign in the next few days.

In a letter, Obama thanked his Democratic colleagues and others for fighting hard to get the legislation passed.

"When that bill reaches my desk, I will sign it, and this discriminatory law will be repealed," Obama said. "Gay and lesbian service members -- brave Americans who enable our freedoms -- will no longer have to hide who they are. The fight for civil rights, a struggle that continues, will no longer include this one."

The last days of the 111th Congress reflect the storm-tossed nature of Obama's first two years in office.

He's made some key progress on economic recovery and health care reform, but has also seen Republicans use the lack of job growth against his party as the GOP took the House back in the 2010 mid-term elections.

"I am disappointed that a small minority in the Senate continues to block the DREAM Act from consideration," said Sen. Ben Cardin, D-MD, in a statement. "This is important legislation that started out with bipartisan support but, despite substantive changes, has been twisted into something it is not. This is a compassionate bill that recognizes that we should not hold innocent children responsible for the sins of their parents."

But Senate Democrats were able to orchestrate a limited victory for Obama on the START treaty, voting 59 to 37 to remove language from the proposed pact with Russia, a move that will allow Senate debate on the treaty to get underway.

The treaty would establish new guidelines between the two countries for inspection of nuclear weapons, and limit the stockpiles the U.S. and Russia would be allowed to keep to 1,550 warheads and 700 launchers each.

The treaty passed the Senate Foreign Relations Committee last September. The president had indicated the Senate would take up debate of the treaty before the end of the year, but since the measure failed to progress the president is now forced to face the prospect of his administration having to maneuver through a more hostile Senate in the 112th Congress.