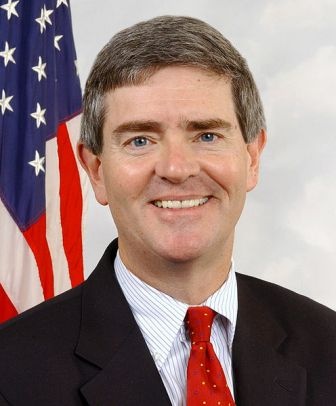 WASHINGTON (AP) -- Military leaders cared more about fending off bad press than helping Marines sickened by contaminated water at Camp Lejeune, a North Carolina lawmaker claimed at a hearing last week focused on health concerns at the sprawling Marine base in his state.
Democratic Rep. Brad Miller said Navy and Marine Corps leaders have been ``relying on the advice of lawyers, hiding behind science that is slow and uncertain, and spending more energy on public relations than on helping Marines and their families.''
A Marine Corps official said the military's actions when the contamination was first discovered were ``astounding.''
``I think they were ignorant, quite frankly, of some of the implications,'' said Maj. Gen. Gray Payne, who until recently was responsible for Marine Corps facilities, including environmental protection. ``I think we were lulled into a sense of complacency, or at least a lack of urgency. ... There were many, many errors made on behalf of the Marine Corps.''
Payne, who was not in that role at the time of the contamination, testified before a House Science and Technology subcommittee.
Wells at the base were contaminated by fuel leaks and other sources of pollution, and health officials believe as many as 1 million people may have been exposed to tainted water before the wells were closed two decades ago. Tests done in the early 1980s showed that water at a base treatment plant was ``highly contaminated'' with chlorinated hydrocarbons, but officials did not test individual wells to find the contamination source.
Three men who have developed cancer after living at the base also testified at the hearing.
Peter Devereaux said he was diagnosed with breast cancer in 2008, which has since spread to his spine, ribs and hip, and is incurable.
``This disease has not only ravaged me it has also ravaged my entire family,'' said Devereaux, who was stationed at the base from 1980-82.
Devereaux said the Marines knew about the contamination but said nothing. He said he was initially denied disability benefits from the Department of Veterans Affairs, but won an appeal last month. He called on the VA to expedite the process for people in his situation.
``You feel like you have to beg for something,'' he said.
James Watters, stationed at the base from 1977 to 1979, said he was diagnosed with advanced renal cell carcinoma in 2007.
``It is my firm belief,'' he said, that Marine Corps and Navy leaders ``have abandoned and betrayed their wounded from Camp Lejeune, including women and children, and left them to suffer and die.''
He, too, called on the VA to streamline disability claims for people who have been sickened at the base, saying it took him a hard battle to secure those benefits for his family.
Thomas J. Pamperin, a senior official at the VA for policy, told the subcommittee that the department processes disability claims on a case-by-case basis for people who were possibly exposed to chemical contaminants at Camp Lejeune.
``VA stands ready to provide treatment and compensation for any veteran whose current disability is the result of service at Camp Lejeune,'' he said.