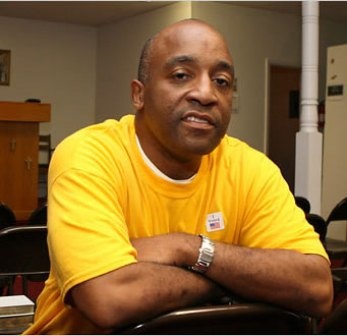 MONTGOMERY, Ala. (AP) -- The Rev. Kenneth Glasgow, a Dothan minister, said state and local officials continue to provide erroneous information about which felonies disqualify people to vote in the state and which ones don't.


He recently conducted a telephone survey of officials in county boards of registrars, city and county jails, and state prisons about inmates' voting rights.
``There is still a lot of confusion on who can vote and who cannot and what crimes involve moral turpitude and what crimes do not,'' he said. ``We find ourselves doing a lot of damage control.''
Under Alabama law, the only people who lose their voting rights are those who have been convicted of felonies that involve moral turpitude. Crimes such as murder, robbery, burglary, theft, or sale of a controlled substance are felonies that involve moral turpitude.
Those convicted of felonies that don't involve moral turpitude, such as driving under the influence, doing business without a license, speeding or possession of drugs without the intent to sell, do not lose their right to vote. In fact, people convicted of a possession charge can register to vote and vote by absentee ballot from the jail or prison where they are incarcerated.
People who have been convicted of misdemeanor crimes also do not lose their right to vote. Glasgow settled a lawsuit with the Alabama Department of Corrections two years ago after his efforts to register inmates to vote were shut down. The terms of the settlement allowed Glasgow to continue to tell prisoners about their voting rights and how to register but stopped short of allowing him to register inmates and turn in their forms.
The Department of Corrections also agreed in the settlement to put up fliers, provided by Glasgow, on prison bulletin boards and in inmate law libraries about voting while incarcerated. Glasgow said he was surprised when he discovered that many prison officials did not have the information about voting posted, didn't know whether the information was posted, or still believed that inmates are not allowed to vote.
He also found that there are boards of registrars that are telling people convicted of felony drug possession that they are ineligible to vote even though they aren't.
With more than 250,000 felons, Alabama had the third highest rate in the nation for disenfranchisement, according to a 2006 report. Glasgow said that has changed somewhat because court cases have clarified which felony convictions are disqualifying and which ones are not. But he said it hasn't changed enough because officials have dropped the ball when it comes to making sure that people understand the law.
Brian Corbett, spokesman with the Alabama Department of Corrections, said the state has not received new posters to put in prisons since the 2008 elections. Corbett said that the department would gladly put them up to comply with the agreement.
But Glasgow said the settlement does not require new posters each election cycle.
``The information hasn't changed since 2008,'' he said. ``The agreement was that we would replace them if they are damaged, lost or destroyed.''
But Glasgow said from what he can tell, some prisons never had them posted and no one is keeping track of whether the posters are being displayed according to the agreement.
``The state has an obligation to provide adequate information about the law and about this settlement,'' Glasgow said. ``Ignorance of the law is no excuse.''
If people are having a problem with the issue, they're not calling the secretary of state or the attorney general's office about it.
Emily Thompson, chief of staff for Secretary of State Beth Chapman, said that the office had not had any questions, to her knowledge, about inmate and felon voting. She also said that she couldn't recall any guidance about the 2008 settlement and which inmates would be eligible to register to vote being provided to boards of registrars. Corbett said there also has been no ongoing effort to keep prisons current on the issue.
Ryan Haygood, co-director of the NAACP Legal Defense and Educational Fund Inc., said that it's in the state's best interest to encourage all eligible people vote.
``It has been proven that those convicted of felonies are less likely to re-offend,'' said Haygood, one of the attorneys who worked on the Glasgow settlement.
Haygood said state and local officials should do whatever they can to make the process for eligible voters easier.
``It is in Alabama's interest and interest of democracy to encourage everyone who is eligible to vote to register and then vote,'' he said.
``We shouldn't play keep away with people who are incarcerated about their rights, and keep them away from knowledge or actually voting,'' he said.
Glasgow said he along with organizations such as Drug Policy Alliance and the Equal Justice Initiative would keep pressing on the issue.