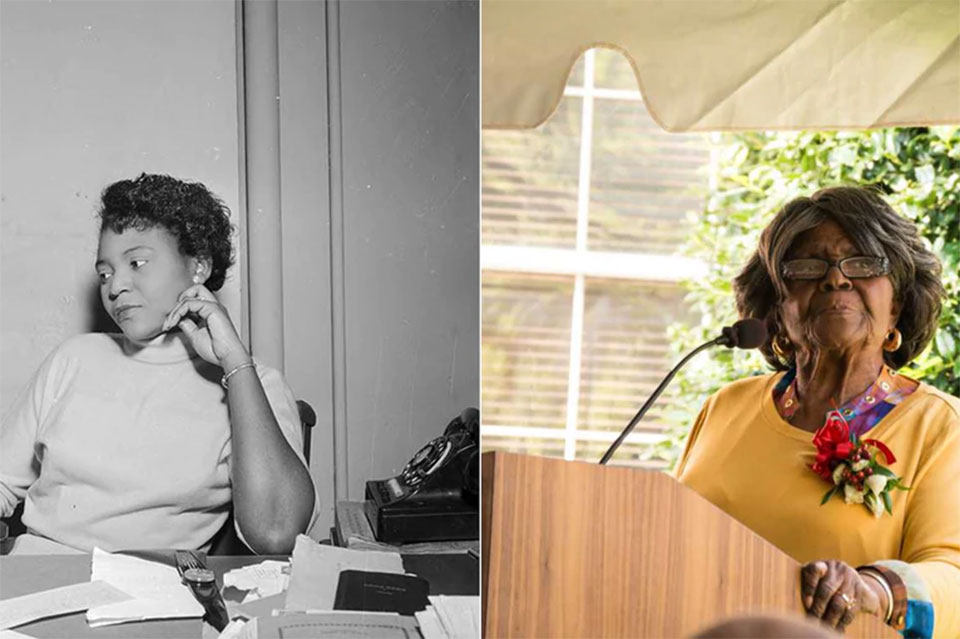 The University of Alabama has renamed a school building in honor of their first Black student, Autherine Lucy Foster, AL.com reports.

Autherine Lucy Foster was the first Black student to enroll in courses at the University of Alabama, more than six decades ago. There, she faced a heap of racial discrimination and white supremacist violence, being denied a dormitory room by the school’s board of trustees, facing threats and rioters on campus and eventually being expelled from the school. Now, six decades later, the University of Alabama System’s Board of Trustees will be renaming a campus building in her honor.

Who will have the honor?

The building was previously named after Bibb Graves, a former governor of Alabama who served from 1927-1931 and again from 1935-1939. During his tenure, Graves was credited with increasing funding for schools. He was also a member of the Ku Klux Klan, later renouncing the organization later in life. Initially, a university working group assembled in June 2020, consulted with Alabama history scholars and stakeholders, alongside the board of trustees and president pro tempore, suggesting the building be renamed the Lucy-Graves Hall in honor of both Lucy and Graves. That decision was met with a ton of backlash from students, faculty members, national and local press eventually forcing the board to withdraw the recommendation.

“I’m sort of shocked and appalled by the way the University of Alabama has ultimately attempted to resolve this one building…I find it really odd to say, ‘We’re going to honor this first pioneering student of the university who is a victim of racial terror by sharing a name of a building with an architect of racial terror,” said Kirt von Daacke, a University of Virginia professor of history who specializes in the antebellum, American South.

“I just found it utterly disrespectful. I think at this point, if they want to keep Graves on that building so badly, then keep it, but it doesn’t need to be Foster on there too because that’s beyond hypocritical…"

"It shows performative activism and that they’re not truly trying to reverse the harm that they caused on students that attended during that time,”

The university acknowledged their wrongdoing, eventually announcing the renaming of the building as Autherine Lucy Hall on the 66th anniversary of Lucy Foster’s enrollment.

“This has been a challenging time. The working group, in making the recommendation, intended for that paired name of [Lucy-Graves Hall] to generate educational moments to help us learn from our rich, complex history. Well, somehow or another the honoring of Lucy Foster took to the background. That’s not what we wanted,” said Judge John England Jr. during a trustees’ meeting.

Still, some continue to feel the university has a long road to recovery and must repair the hurt and harm they’ve created by this moment. So far, this is the sixth renaming the UA’s working group has done, removing previous names from Honors Hall, Presidents Hall, The English Building, Wade Hall and the UA Student Center between 2020 and 2021. The university has also removed multiple plaques honoring Confederate soldiers.

Two of the buildings were renamed in honor of Archie Wade Hall, the first Black faculty member at the University and Judge England. Many pointed out that they never tried to hyphenate their buildings, leaving more angst about the university’s attempts at honoring Lucy Foster, a Black woman who they felt pioneered the way for both of those men. After her expulsion, Lucy Foster would earn a degree in English from Miles College, eventually re enrolling at the University of Alabama in 1988, graduating with a master’s degree in 1992.

“If you’re going to give her credit. You have to give it all to her."

"She endured a lot more than any student that has ever gone to UA probably has…It was very fine timing that they announced it when they did, too,” said student Barbara Whitesell.

Lucy Foster, who is still alive, is a shining example of resilience in the commitment in the face of challenges. Now that the generations who have benefitted from her persistence have fought on her behalf, she is finally getting her flowers.

Thank you, Mrs. Foster for paving the way.