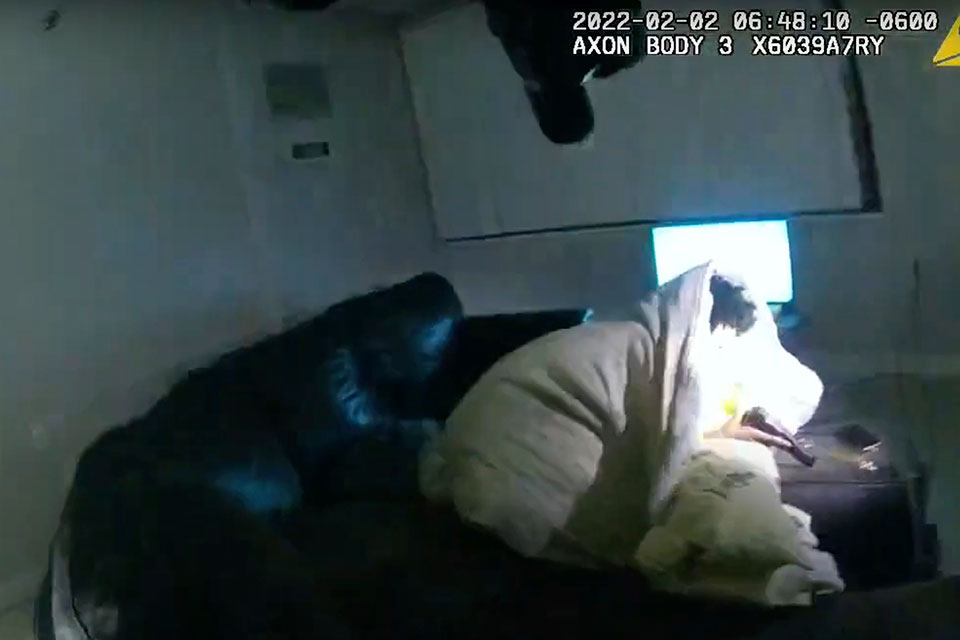 MINNEAPOLIS (AP) — The parents of Amir Locke and their attorneys said Friday that the 22-year-old Black man was “executed” by a Minneapolis SWAT team that woke him from a deep sleep, and that he reached in confusion for a legal firearm to protect himself.

Locke’s parents, Andre Locke and Karen Wells, described him as respectful, including to police, and said some of their relatives work in law enforcement. Wells said the couple coached their son on how to act and do “what they needed to do whenever they encountered police officers” because of the danger to “unarmed Black males.”

“And now his dreams have been destroyed.”

The parents spoke at a news conference organized by civil rights attorney Ben Crump, who said Locke’s family was “just flabbergasted at the fact that Amir was killed in this way” and disgusted at how the Wednesday morning raid was conducted. They said he was law-abiding, with no criminal record, and had a permit to carry a gun.

“They didn’t even give him a chance,” Crump said, adding that it was shocking that Minneapolis police had not learned from the death of Breonna Taylor, who was killed in a botched raid at her home in Louisville, Kentucky, in 2020, leading to calls for an end to no-knock warrants nationwide. 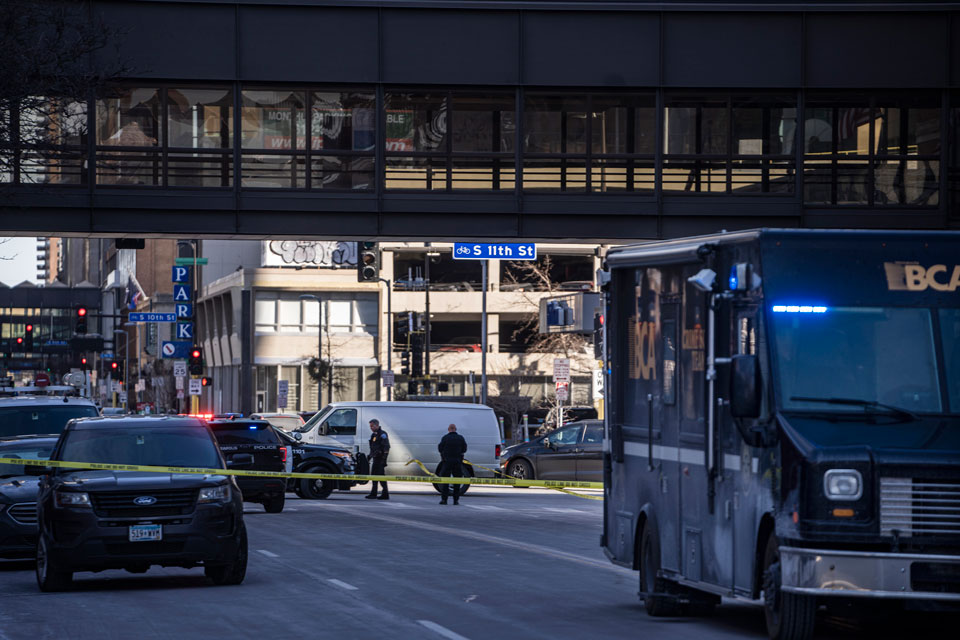 Police investigate a shooting in Minneapolis, Minn., on Wednesday, Feb. 2, 2022. A Minneapolis police officer fatally shot a male Wednesday who authorities say had a loaded gun in his hand. Interim police Chief Amelia Huffman said the shooting happened at about 7 a.m. Wednesday in a downtown apartment complex. (Richard Tsong-Taatarii/Star Tribune via AP)Police said Locke pointed a loaded gun “in the direction of officers.” An incident report said he had two wounds in the chest and one in the right wrist.

The killing prompted outrage in Minneapolis, where prominent activists confronted the mayor and interim police chief at a news conference Thursday. Nekima Levy Armstrong, a civil rights attorney, called the city’s release of information “the anatomy of a cover-up.”

Body camera video released by police Thursday evening shows the footage in slow motion and at regular speed. It shows an officer using a key to unlock the door and enter, followed by at least four officers in uniform and protective vests, time-stamped at about 6:48 a.m. As they enter, they repeatedly shout, “Police, search warrant!” They also shout “Hands!” and “Get on the ground!” The video shows an officer kick a sectional sofa, and Locke, who was wrapped in a blanket on the sofa, begins to move, holding a pistol. Three shots are heard, and the video ends.

The city also released a still from the video showing Locke holding the gun, his trigger finger along the side of the barrel. Otherwise, all that can be seen of Locke is the top of his head.

Levy Armstrong posted a link to the video on social media “for those who can stomach the murderous conduct of the Minneapolis Police Department.” She added: “The mother in me is furious and sick to my stomach. Amir never had a chance to survive that encounter with police.”

The attorney general promised a fair and thorough review “guided by the values of accountability and transparency.”

A gun-rights group highlighted the timing of the raid, saying it appeared from the video that Locke had been awakened by a confusing array of commands from multiple officers pointing lights and guns at him.

“Mr. Locke did what many of us might do in the same confusing circumstances, he reached for a legal means of self-defense while he sought to understand what was happening,” said Rob Doar, a spokesman for the Minnesota Gun Owners Caucus.

Locke not named in warrants

Interim Police Chief Amelia Huffman said during a news conference Thursday that Locke wasn't named in the warrants. She said it wasn't clear how or whether Locke was connected to the homicide investigation, which she said was under the control of St. Paul police. A spokesman for the St. Paul Police Department said he could not comment because the homicide investigation was ongoing.

The search warrants that led the SWAT team to enter the apartment early Wednesday were still not public as of Friday morning. But a search warrant filed by state agents investigating the shooting was filed. It said the initial search warrants “were being executed for a homicide suspect who was apparently located” at the building where the shooting took place.

Mayor Jacob Frey said the video “raises about as many questions as it does answers” and that the city was pursuing answers “as quickly as possible and in transparent fashion” through investigations including one by the state Bureau of Criminal Apprehension.

Huffman said the officer, Mark Hanneman, was in a difficult position.

“The still shot shows the image of the firearm in the subject’s hands, at the best possible moment when the lighting was fully on him. That’s the moment when the officer had to make a split-second decision to assess the circumstances and to determine whether he felt like there was an articulable threat, that the threat was of imminent harm, great bodily harm or death, and that he needed to take action right then to protect himself and his partners," she said.

Hanneman was hired in 2015. Records released by the city showed three complaints, all closed without discipline, but gave no details. Data on the website of the citizen group Communities United Against Police Brutality showed a fourth complaint, in 2018, that remains open. No details were given.

Huffman said the city had knock and no-knock warrants.

The shooting came as three former Minneapolis officers are on trial in St. Paul on charges that they violated George Floyd’s civil rights. Floyd was among several Black men to die in confrontations with Minneapolis police in recent years, and his death spurred widespread protests and drive to remake the department. The Department of Justice is currently investigating the Minneapolis Police Department to see if it has a pattern or practice of civil rights violations.