Biden Nominates 3 for Fed Board, Including First Black Woman 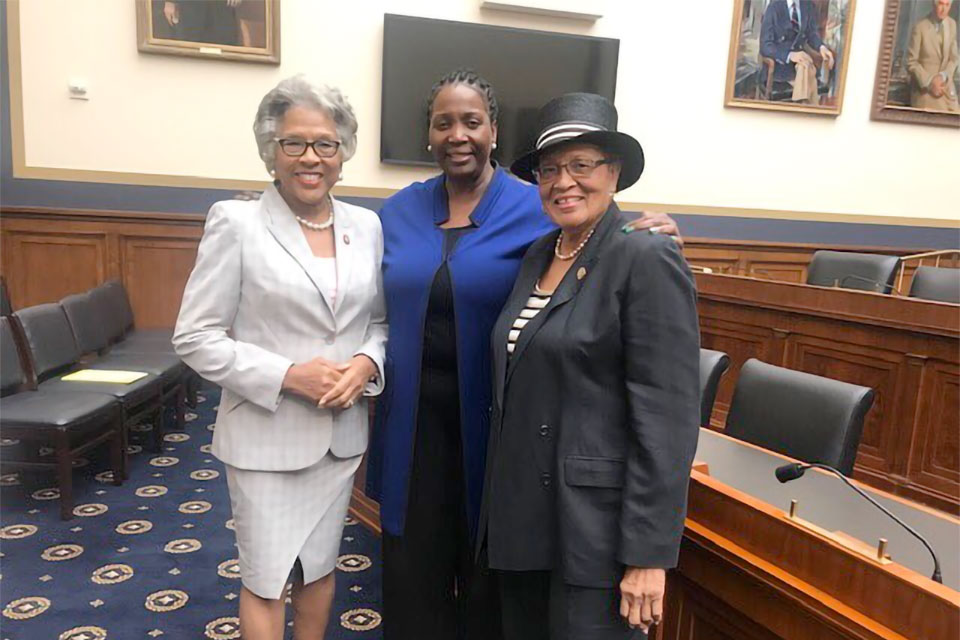 WASHINGTON (AP) — President Joe Biden on Friday announced the nominations of three people for the Federal Reserve's Board of Governors, including Sarah Bloom Raskin, a former Fed and Treasury official, for the top regulatory slot and Lisa Cook, who would be the first Black woman to serve on the Fed's board.

Biden also nominated Phillip Jefferson, an economist, dean of faculty at Davidson College in North Carolina and a former Fed researcher. The three nominees, who will have to be confirmed by the Senate, would fill out the Fed's seven-member board.

They would join the Fed at a particularly challenging time in which the central bank will undertake the delicate task of raising its benchmark interest rate to try to curb high inflation, without undercutting the recovery from the pandemic recession. On Wednesday, the government reported that inflation reached a four-decade high in December.

If approved, Biden's picks would significantly increase the Fed's diversity. Cook and Jefferson would be just the fourth and fifth Black governors in the Fed's 108-year history. And for the first time, a majority of the board would consist of female appointees.

In late November, Biden also nominated Jerome Powell for a second four-year term as Fed chair and chose Lael Brainard, a Fed board member, to be the vice chair.

“This group will bring much needed expertise, judgement and leadership to the Federal Reserve while at the same time bringing a diversity of thought and perspective never seen before on the Board of Governors,” Biden said in a statement Friday.

Raskin's nomination to the position of Fed vice chair for supervision — the nation's top bank regulator — will be welcomed by progressive senators and advocacy groups, who see her as likely to take a tougher approach to bank regulation than Randal Quarles, a Trump appointee who stepped down last month. She is also viewed as someone committed to incorporating climate change considerations into the Fed's oversight of banks. For that reason, though, she has already drawn opposition from some Republican senators.

A Harvard-trained lawyer, Raskin, 60, previously served on the Fed’s seven-member board from 2010 to 2014. President Barack Obama then chose her to serve as deputy Treasury secretary, the No. 2 job in the department.

As Fed governors, Raskin, Cook, and Jefferson would vote on interest-rate policy decisions at the eight meetings each year of the Fed’s policymaking committee, which also includes the 12 regional Fed bank presidents.

Raskin’s first term as a Fed governor followed her work as Maryland’s commissioner of financial regulation, when she oversaw the state's banks during the 2008 financial crisis.

Kathleen Murphy, CEO of the Massachusetts Bankers Association, worked with Raskin during Raskin's stint as Maryland's banking regulator from 2007 to 2010. Murphy led the Maryland bankers' group during that time. Murphy said the state's financial industry regarded her as a “strong regulator but a fair regulator.”

“She has always had a very collaborative approach,” Murphy said. “She wanted to make sure all the voices were at the table when decisions were made.”

Still, Raskin is likely to draw fire from critics for her progressive views on climate change and the oil and gas industry. Two years ago, in an opinion column in The New York Times, she criticized the Fed’s willingness to support lending to oil and gas companies as part of its efforts to bolster the financial sector in the depths of the pandemic recession.

“The decisions the Fed makes on our behalf should build toward a stronger economy with more jobs in innovative industries — not prop up and enrich dying ones,” Raskin wrote, referring to oil and gas providers.

On Thursday, Sen. Pat Toomey, the top Republican on the Senate Banking Committee, criticized Raskin for having "explicitly advocated that the Fed allocate capital by denying it to this disfavored sector.” 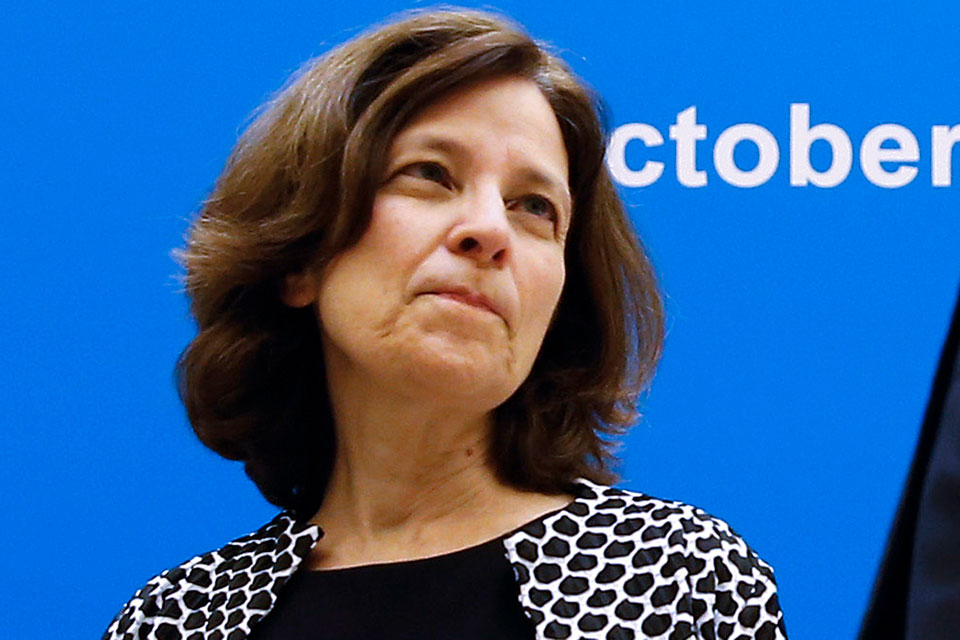 FILE - U.S. Deputy Treasury Secretary Sarah Bloom Raskin is shown before the opening ceremony of the Asia-Pacific Economic Cooperation (APEC) finance ministers meeting at the Diaoyutai State Guesthouse in Beijing, China on Oct. 22, 2014. President Joe Biden has forwarded three nominations to the Senate for the Federal Reserve's Board of Governors, including former Fed official Sarah Bloom Raskin for the top regulatory slot, and Lisa Cook, who would be the first Black woman to serve as a governor. Biden is also nominating Phillip Jefferson, an economist, dean of faculty at Davidson College in North Carolina, and a former Fed researcher. (AP Photo/Andy Wong, File)

Raskin is married to Rep. Jamie Raskin, a liberal Maryland Democrat who gained widespread visibility as a member of the House Judiciary Committee when it brought impeachment charges against President Donald Trump.

Cook has been a professor of economics and international relations at Michigan State since 2005. She was also a staff economist on the White House Council of Economic Advisers from 2011 to 2012 and was an adviser to the Biden-Harris transition team on the Fed and bank regulatory policy.

Cook is best-known for her research on the impact of racial violence on African-American invention and innovation. A 2013 paper she wrote concluded that racially motivated violence, by undermining the rule of law and threatening personal security, depressed patent awards to Black Americans by 15% annually between 1882 and 1940 — a loss that she found also held back the broader U.S. economy. 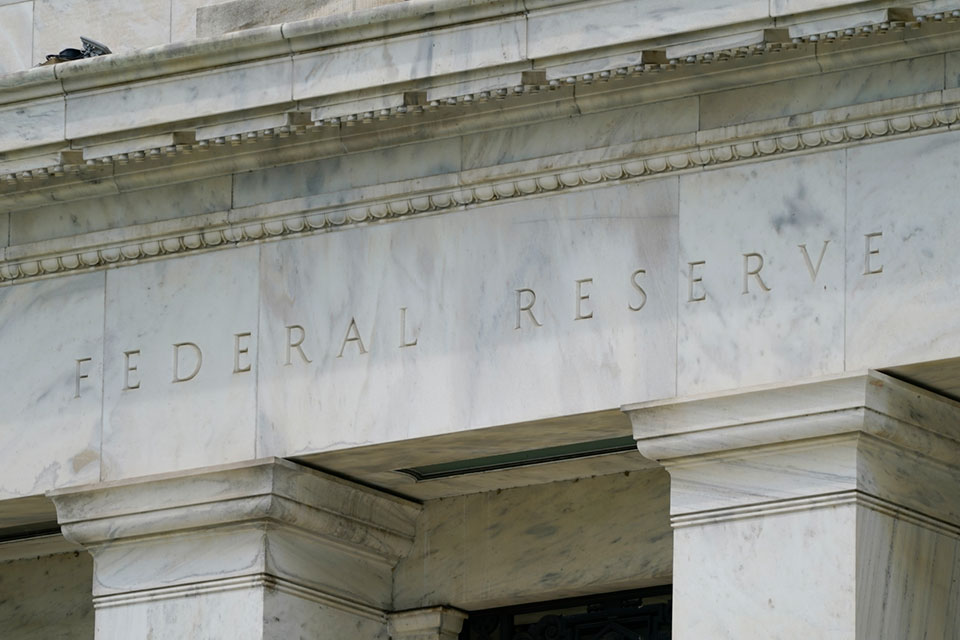 FILE - This Tuesday, May 4, 2021, file photo shows the Federal Reserve building in Washington. President Joe Biden has forwarded three nominations to the Senate for the Federal Reserve's Board of Governors, including former Fed official Sarah Bloom Raskin for the top regulatory slot, and Lisa Cook, who would be the first Black woman to serve as a governor. Biden is also nominating Phillip Jefferson, an economist, dean of faculty at Davidson College in North Carolina, and a former Fed researcher. (AP Photo/Patrick Semansky, File)

In an interview in October, Cook said that despite encouragement from prominent economists such as Milton Friedman and George Akerlof, she struggled for years to get the paper published. The major economics journals, she said, typically didn’t deal with “patents, or economic history, or anything that related to African-Americans.”

Cook has also been an advocate for Black women in economics, a profession that is notably less diverse than other social sciences. In 2019, she co-wrote a column in The New York Times that asserted that “economics is neither a welcoming nor a supportive profession for women” and “is especially antagonistic to Black women.”

To combat those problems, Cook has spent time mentoring younger Black women in economics, directing a summer program run by the American Economic Association, and won an award for mentoring in 2019.

Jefferson, who grew up in a working-class family in Washington, D.C., according to an interview with the American Economic Association, has focused his research on poverty and monetary policy. In a 2005 paper, he concluded that the benefits of a hot economy from the reduction in unemployment among lower-skilled workers outweighed the costs, including the risk that companies would adopt automation once labor grew scarce.