'Hatred in the Eyes': How Racist Rage Animated Jan. 6 Riots 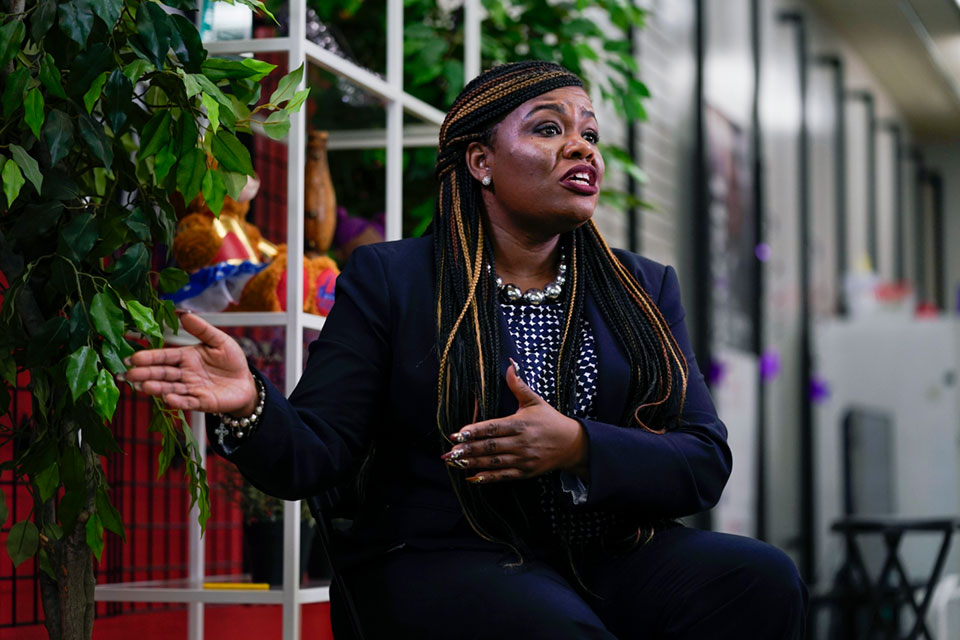 WASHINGTON (AP) — Rep. Cori Bush is no stranger to protests. She spent years marching the streets of St. Louis and Ferguson, Missouri, rising to public office on the strength of her activism.

But as the Missouri Democrat looked out the window of the Capitol on Jan. 6, 2021 — only her third day as a member of Congress — she knew what was about to take place would be no peaceful protest. The Confederate flags in the crowd, and the makeshift noose and gallows erected on the Capitol grounds, spoke to a more sinister reality.

“I’ve been to hundreds of protests and have organized so many protests, I can’t count."

"I know what a protest is: This is not that,”

Bush, who is Black, said recently in an interview with The Associated Press.

The insurrection by pro-Trump supporters and members of far-right groups shattered the sense of security that many had long felt at the Capitol as rioters forcibly delayed the certification of Democrat Joe Biden's election victory.

But for people of color, including many in Congress, the attack was more than a violent challenge to a free and fair election — it was an eerily familiar display of white supremacist violence, this time at the very seat of American democracy.

“First of all, as a Black woman, that is already just tough on a level that’s different from what a white person would experience," Bush said of the imagery and rhetoric surrounding the attack, especially the Confederate flag that was carried by a rioter inside the Capitol. "But it's especially different for Black people because of our history. The history of this country has been that type of language and imagery is directed right at us in a very negative and oftentimes violent way.”

While Bush managed to escape the Capitol and barricade with her staff in her office in a nearby building, dozens of police officers faced down the violent mob in hours of frantic hand-to-hand combat. More than 100 officers were injured, some severely.

A group of officers testified to Congress in July about the physical and verbal abuse they faced from supporters of former President Donald Trump. Harry Dunn, a Black officer, recalled an exchange he had with rioters who disputed that Biden defeated Trump.

When Dunn said that he had voted for Biden and that his vote should be counted, a crowd began hurling a racial slur at him.

“One woman in a pink MAGA (Make America Great Again) shirt yelled, ‘You hear that guys, this n—- voted for Joe Biden!’” said Dunn, who has served more than a dozen years on the Capitol Police force.

“Then the crowd, perhaps around 20 people, joined in, screaming, ‘Boo! F—-ing n—-!’" he testified. He said no one had ever called him the N-word while he was in uniform.

Later that night, Dunn said, he sat in the Capitol Rotunda and wept.

Meanwhile, as the attack unfolded at the Capitol, a handful of lawmakers remained trapped in the House and Senate galleries with no escape as rioters fought to break in.

After a gunshot killing Ashli Babbitt, who was among the rioters and attempting to leap through a broken window, rang out in the House chamber, Democratic Rep. Jason Crow of Colorado decided the best thing members could do was take off their congressional pins identifying them as lawmakers.

But for lawmakers of color like Rep. Pramila Jayapal, D-Wash., removing the pin was not an option.

“I thought there’s no way I’m taking off my pin. Because it was either you get recognized by the insurrectionist or you don’t get recognized by Capitol Police as a brown woman or Black woman,” Jayapal told the AP in December.

She added: “And so many of the members of color that I know did not take off their pins.”

Rep. Bennie Thompson, D-Miss., the chairman of the panel investigating Jan. 6 and among those stuck in the gallery, said that day specifically brought back “unpleasant experiences” from his early days as a Black politician in Mississippi.

“I saw the kind of hatred in the eyes of the people who broke in the Capitol. It was that same kind of hatred I saw in people who wanted to stop people of color from casting a ballot for the candidate of their choice in Mississippi,” Thompson said. 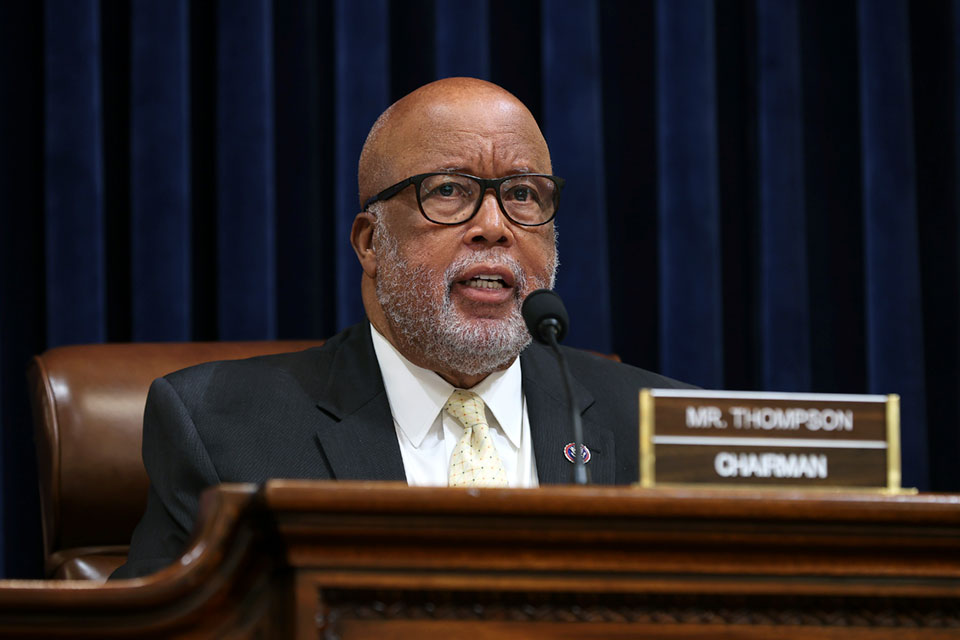 FILE - Chairman Rep. Bennie Thompson, D-Miss., delivers opening remarks during the House select committee hearing on the Jan. 6 attack on Capitol Hill in Washington, on July 27, 2021. The Jan. 6 U.S. Capitol insurrection by pro-Trump supporters and right-wing group members shattered the sense of security that many had long felt at Capitol as rioters forcefully delayed the certification of President Joe Biden's election victory. But for people of color, the attack was more than a violent challenge to a free and fair election, it was an eerily familiar display of white supremacist violence. (Chip Somodevilla/Pool via AP)

In the aftermath of the attack, Crow and other white lawmakers reckoned with the experiences their colleagues of color faced that day. Crow told his Democratic colleague Rep. Val Demings, a Black former Orlando police chief who was also trapped in the gallery, that he didn’t realize at the time how difficult it would be for members of color to disguise themselves from the mob.

“Jason shared after all of it with me that for him — these are his words — as a white male he could take off his pin, or he could keep his pin and run over to the other side with the Republicans and stand there and people may not know the difference,” Demings said.

“I think to myself, well, if I need to, I can untuck my shirt, I can throw my jacket away. I’m a white guy,” Himes said. “There’s actually a reasonable probability that I get through this crowd, right? In retrospect, I reflected on the fact that that was not true for Ilhan Omar,” he said, referring to the Black Democrat from Minnesota.

Crow himself called the interaction that day a “learning moment.”

“It wasn’t until that day when I was on the receiving end of the violence of white supremacy in our nation that I understood,” he said.

The attack finally ended and the Capitol was secured. The rioters were allowed to peacefully leave the complex and lawmakers who stayed to finish the certification of the election went home. The images that surfaced online and on television showed the Capitol’s janitorial staff, the majority of them people of color, sweeping the broken glass and scrubbing the walls.

Rep. Andy Kim, D-N.J., joined them, getting on his hands and knees to pick up water bottles, clothing, Trump flags and U.S. flags. The son of Korean immigrants and, in 2018, the first Asian American to represent New Jersey in Congress, Kim reflected at the time how he, a person of color, was cleaning up after people who waved white supremacist symbols like the Confederate flag during the melee.

While he hadn’t considered race at the time, Kim told the AP shortly after the attack, “It’s so hard because we don’t look at each other and see each other as Americans first."