What to Expect in Closings for Chauvin trial in Floyd Death 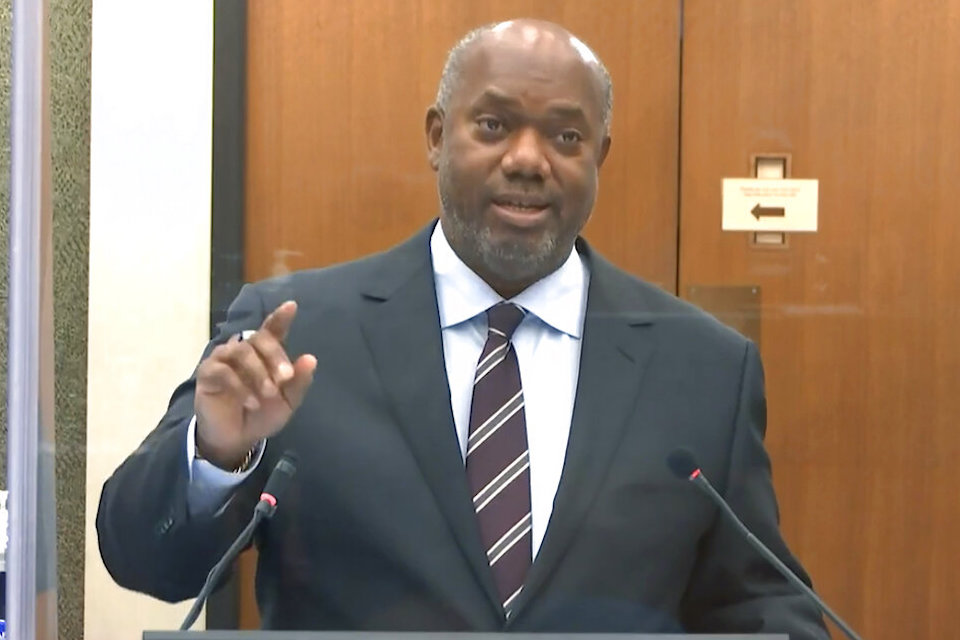 MINNEAPOLIS (AP) — For three weeks, prosecutors at the trial of a former Minneapolis police officer charged with killing George Floyd played and replayed video, supplementing the bystander video that shocked the world with multiple other angles of Floyd’s arrest. And over and over, Derek Chauvin’s attorney argued that the visual evidence is deceptive, and that Floyd was killed by his drug use and a bad heart.

On Monday, attorneys on both sides will seek to drive home their cases in closing arguments that cover much of the same ground, seeking to tie their evidence into neat packages for jurors.

Prosecutors will draw on expert testimony, videos and other evidence to explain how the white officer's actions on May 25, when he pinned the Black man's neck to the pavement with his knee for nearly 9 1/2 minutes, were “a substantial cause” of Floyd's death.

And they'll highlight testimony from top Minneapolis police officials and outside use-of-force experts that an “objectively reasonable” officer would not have used that kind of force.

Defense will try to persuade jurors on "reasonable doubt"

Meanwhile, defense attorney Eric Nelson will try to persuade jurors that elements of testimony he elicited from prosecution witnesses and his own witnesses add up to reasonable doubt over what caused Floyd's death, whether Chauvin is responsible, or whether Floyd deserves a substantial amount of the blame.

“If I was Nelson, I'd do a lot of things, because a lot of things need to be done,” Joe Friedberg, a local defense attorney not involved in the case, said. “He's in desperate trouble here.”

It was a routine motion that was quickly rejected, but both sides covered the main points they will probably make in closing arguments.

Focus on drugs, use of force and differences of opinion

Nelson argued that the state's use-of-force witnesses gave contradictory evidence on the point at which Chauvin’s use of force became unreasonable.

That could be a tough sell, and even Nelson acknowledged that they all agreed it was objectively unreasonable.

Nelson might have more success with another argument that he will surely make again Monday.

That's to hammer at the difference between the four prosecution experts who concluded Floyd died of asphyxiation and the county medical examiner, Dr. Andrew Baker, who did not.

Baker did, though, classify Floyd's death as a homicide and said his heart stopped as a result of police “subdual, restraint and neck compression.”

Mary Moriarty, former chief public defender said Jerry Blackwell was likely to be an effective last word to the jury:

“I think he has come across as the most dynamic lawyer they have. “And this is also about race, despite the defense saying it isn’t about race. There’s something compelling about a Black man doing the closing arguments.”

Friedberg said he expected Nelson to highlight the lack of forensic evidence of neck injury, as well as studies that raised doubts about “positional asphyxia” — that is, the dangers of a person suffocating while being restrained as Floyd was.

He also said he expects Nelson to emphasize Floyd's drug use and resistance.

“He has to begin with the fact that the way George Floyd lived, taking these drugs, you hold yourself open to being arrested, and when you're arrested the law requires that you do not resist,” Friedberg said. “When you resist ... it's a crime. It accelerates the abilities of police to take further action."

Mary Moriarty, the former longtime chief public defender in Hennepin County, said she expected Nelson to use a familiar defense for police officers: the difficult nature of their jobs.

“I'm sure he'll say it's not fair for people in the comfort of their offices or the courtroom, who have the opportunity to look at video over and over again, to second-guess the actions of a police officer,” Moriarty said.

Chauvin invoked his right not to testify, but former U.S. Attorney Tom Heffelfinger said Nelson might try to convince the jury that Chauvin meant no harm by pointing to body camera video in which the officer is heard telling a bystander:

“We gotta control this guy ’cause he’s a sizable guy ... and it looks like he’s probably on something.”

Everyone has the 'right to live'

Prosecutors will present their closing first, followed by the defense, and then prosecution rebuttal. There are no time limits, but legal experts said attorneys have to weigh whether going too long risks losing the jury's attention or even hurting their case.

Tom Heffelfinger, a former U.S. attorney in Minnesota, said he expects arguments to take all day, with prosecutors spending a lot of time explaining how the evidence the jury heard fits the legal specifics of the charges of second-degree murder, third-degree murder and second-degree manslaughter.

Friedberg said prosecutors would likely begin by personalizing Floyd, conceding that he had used drugs but still “had a right to live, as everyone in this country has a right to live.”

Another look at traumatic video and photos

Both Friedberg and Moriarty expect prosecutors to again play parts of the devastating video that dominated the first week of the trial, much of which caused bystander witnesses to break down in court as they recalled their frustration at not being able to stop Floyd's death.

Moriarty said she also expected still photos to be highlighted, including one that showed Floyd's hand on a police SUV's wheel in what a medical expert testified was his desperate attempt to raise his right side off the ground to breathe.

She also expected prosecutors to try to score points against Nelson's frequent portrayal of the 15 or so bystanders as an angry crowd that may have made officers feel threatened and distracted them from Floyd's care.

“It's a chance for the state to show some righteous indignation,” she said.

A deep prosecution team presented the state's case, and two of the most prominent attorneys — Steve Schleicher and Jerry Blackwell — were scheduled to share in the closing argument. Moriarty said Blackwell was likely to be an effective last word to the jury.

“I think he has come across as the most dynamic lawyer they have,” Moriarty said. “And this is also about race, despite the defense saying it isn’t about race. There’s something compelling about a Black man doing the closing arguments.”