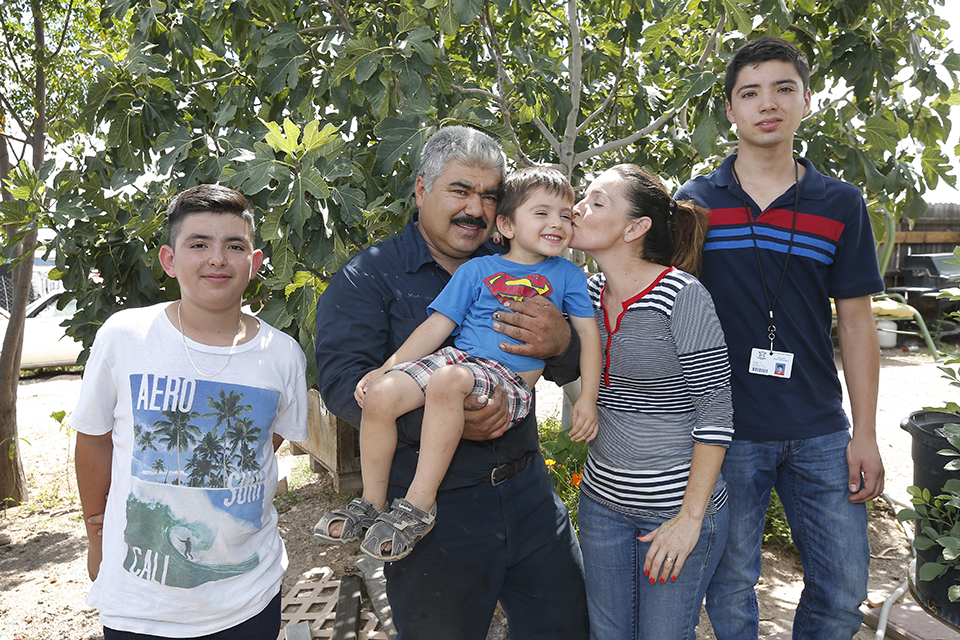 NEW YORK (AP) — A daughter who never returned home, a son gunned down point-blank, a mom who was attacked — all deaths at the hands of immigrants in the country illegally, all gripping stories the White House has been eager to share.

But for all the talk of murderers, rapists and other "bad hombres," those netted in President Donald Trump's crackdown on immigration are typically accused of lesser offenses, and Immigration and Customs Enforcement agents are increasingly apprehending those with no criminal records at all.

"Unshackling ICE has really allowed it to go after more individuals," said Sarah Pierce, a policy analyst with the nonpartisan Migration Policy Institute who calls the apprehension of noncriminal immigrants, in particular, "a defining characteristic of this administration's approach to immigration."

The case of Mollie Tibbetts — a 20-year-old Iowa college student authorities say was killed by a man living in the U.S. illegally — is among the latest used by Trump to advance his argument for stricter immigration controls. Yet government statistics show such cases are far more likely to be the exception than the rule.

ICE arrests of noncriminals soared 66 percent in the first nine months of the 2018 fiscal year over the same period a year earlier. Arrests of convicts, meantime, rose 2 percent. More noncriminals have also been deported. Among those expelled from the U.S. interior in fiscal 2017, there was a 174 percent increase from the previous year of those with no criminal convictions. Deportations of those with convictions rose nearly 13 percent over the same period.

The result is immigration courts are filling with defendants like Melissa Aispuro, 20, of Tucson, Arizona, who only came in contact with police because she called to report a car accident.

Aispuro was brought to the U.S. as a child and returned to Mexico for a time after high school before crossing back into the country in 2016. She entered legally with a border crossing card, but overstayed.

She hadn't even considered police would call ICE on someone with no criminal record.

"Not all of us are criminals. Some just come here for education, for a better life," said Aispuro, who is married to a U.S. citizen and fighting her deportation. "You can think whatever you want, but in my heart I know what I am."

ICE has heralded its deportations of drug kingpins and others accused of serious offenses, and in the 2017 fiscal year, it reported that 56 percent of all deportees it processed had been convicted of crimes. But under Trump, as with prior administrations, when a deportee does have a criminal record, it's generally for lesser infractions.

Among more than 220,000 deportees in the 2017 fiscal year, 79,270 had no convictions, according to ICE data housed by the Transactional Access Clearinghouse at Syracuse University. Of those with a record, according to the data, 1 in 4 had illegal entry or re-entry to the U.S. as their most serious offenses. Those two counts represented the first- and third-most common charges among deportees. Driving under the influence was second, followed by assault convictions and traffic offenses. Drug trafficking, burglary, domestic violence, larceny and selling marijuana rounded out the top 10 offenses.

The rest of those with a record were convicted of a wide range of misdeeds, both grave crimes like kidnapping and minor offenses including taking a joy ride, gambling or violating a fish conservation statute.

Ruben Moroyoqui, a 45-year-old mechanic in Tucson, had no conviction at all. His only run-in with police, his attorney said, was when he was pulled over last year while picking up auto parts. The officer asked for his license, Moroyoqui said, and then inquired: "Are you here legally?" He wasn't cited for any driving violation but was handed over to ICE, which began proceedings to deport him to Mexico. An appeal is pending.

Moroyoqui entered the country with authorization 16 years ago but then overstayed his visa. He has four U.S. citizen children and said he has always paid his taxes. "I feel great respect and love for this country," he said.

With a spotlight this summer on the separation of immigrant children and their parents, Trump tried to refocus attention on dangerous immigrants by hosting a White House event with relatives of those killed by people in the country illegally. "These are the American citizens that are permanently separated from their loved ones," Trump said. "These are the stories that Democrats and the people that are weak on immigration, they don't want to discuss."

And yet the most serious crimes, such as murder and rape, are relatively rare among deportees. Studies also have found immigrants to the U.S. have a lower level of criminality than citizens.

Daniel Stein, president of the Federation for American Immigration Reform, which supports restrictive immigration measures, said focusing solely on whether those in the country illegally have committed a serious crime ignores the law and that those residents should be deported regardless of whether they have a rap sheet.

"Who decided that the policy of the United States was that anybody could come into the country regardless of the law as long as you didn't commit a violent felony?" he asked.

Stein said many in the country illegally likely have committed crimes — including securing employment by fraudulent means — but haven't been caught yet. Ignoring that fact, he said, makes a mockery of immigration laws.