How Big is Gig economy? Government Study Shows How Little We Know 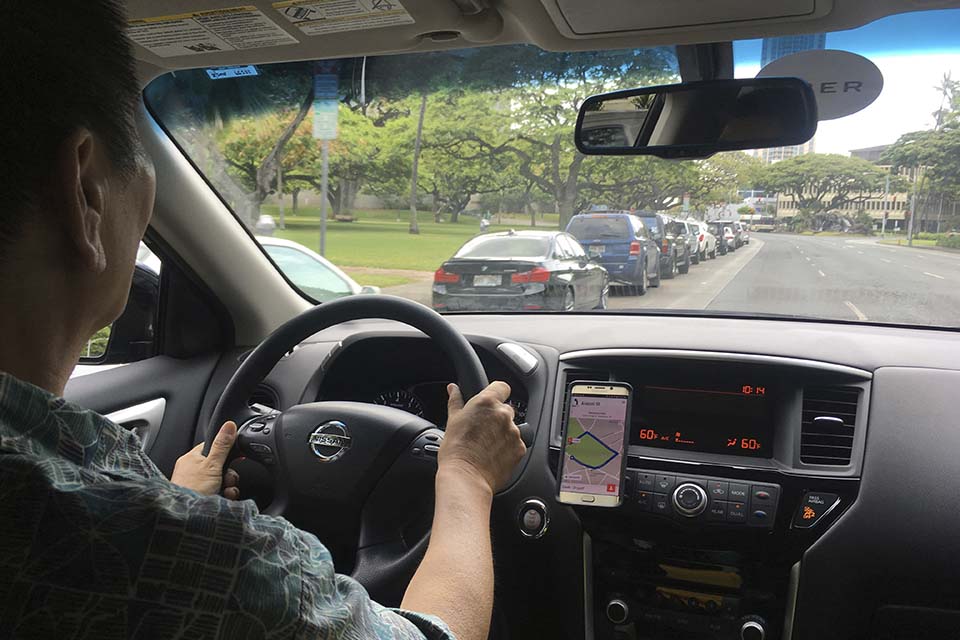 WASHINGTON (AP) — Look around, and it seems more Americans are working outside traditional full-time jobs — whether as freelance graphic designers or independent contractors or Uber drivers.

Or maybe not. A government report this week suggested that the proportion of such jobs hasn't budged in the past decade. Yet the data carries limitations that indicate there's still plenty we don't know about the evolving U.S. job market.

The Labor Department's report concluded that more than 15 million Americans were working as independent contractors, on-call workers, temporary workers and for contract companies as of May 2017. That's equal to about 10.1 percent of the American workforce, down slightly from 10.8 percent when the government last conducted the survey, in 2005.

That conclusion contradicts a body of academic research that has found a significant increase in what economists call "alternative work arrangements." Two leading economists, Lawrence Katz and Alan Krueger, found in a 2016 study that the number of people in alternative work had risen by more than 50 percent in 2015 from a decade earlier, to 23.6 million.

And the Federal Reserve released a report last month that said nearly one-third of Americans rely on side jobs or so-called "gig" work to supplement their incomes.

So what might explain the disparities between the government's report and other research?

Here are areas where economists agree with the report's conclusions, where they found it lacking and why it all matters:

You may be able to grab an Uber in every big city. But that doesn't mean the nation as a whole is engulfed by people finding work through mobile apps. The government's report appears to put the "gig economy" in proper perspective: Such jobs hardly seem to represent the future of work in America. Katz and Kruger's study found that just 0.5 percent of workers engaged in online gig work in 2015. The growth they found had occurred mostly among independent contractors and workers for companies that provide contract services, such as cleaning services or security guards.

A separate study by JPMorgan Chase estimated that gig workers were leveling off at about 1 percent of the workforce in 2016.

Still, Katz said he was surprised by the government report's overall conclusions. The improving economy — and an unemployment rate at an 18-year low of 3.8 percent — could have pulled some people into traditional full-time jobs in the 2½ years since their report, Katz said.

There are more independent workers in some industries, but they were offset in the government data by declines elsewhere, says Lucas Puente, chief economist at Thumbtack, an online marketplace for photographers, plumbers and other contractors.

Puentes and some other analysts said the government's report probably undercounted the number of people in alternative jobs. In considering whether to include someone as part of the alternative workforce, it considered only a worker's primary job. So anyone who worked at a retailer for, say, 20 hours a week and drove for Uber 10 hours a week wasn't counted in the government's calculation of alternative workers. In most surveys, the Labor Department focuses on primary jobs and collects little information on secondary work.

Yet roughly one-third of the contractors on Thumbtack use it only for secondary sources of income, Puentes said. And for some gig economy apps, that figure can reach 80 percent.

In addition, the government asked people only whether they'd worked independently in the past week. Given the erratic work schedules of many gig workers — most prize the flexibility it affords — that narrowly phrased question might also have contributed to an undercount.

Another puzzle is that tax data suggests that more Americans are self-employed as freelancers or independent contractors, Katz said. The proportion of Americans filing Schedule C forms, used for business income, has risen steadily in the past decade, even while the Labor Department's surveys have found that self-employment has declined.

"It looks like it is increasingly difficult to measure self-employment," Katz said.

Contracted out? You might not have been counted, either

Katz and Krueger's 2016 study found a sizable increase in Americans working for contracting firms — companies that provide, for example, janitorial or security services.

Many economists regard that as a bigger concern than gig workers: When a company contracts out its services, it typically does so to cut costs through lower wages or skimpier benefits. Successful companies typically pay even their lower-skilled employees above-average wages; they're much less likely to do so for contractors.

Yet the government counted only a subset of contract workers — those who work for just one customer, like security guards at a specific building. It didn't include people who work for multiple customers, such as employees at a commercial laundry cleaning linen for a hotel that once did it in-house. The government wanted to avoid also counting higher-end consultants and others who serve multiple companies.

"A much more important phenomenon (than gig workers) is this domestic outsourcing, and we don't measure that very well," Eileen Appelbaum, co-director of the Center for Economic and Policy Research. "They show up in the data as standard employees."

So what does it matter?

The government's report was the subject of intense interest in part because of the impact it might have on the policy debates surrounding independent work.

Freelance advocates say their ranks are growing steadily. Many say policymakers should consider ways to help them, such as by making health and retirement benefits more portable from job to job. But if independent work isn't growing much, than such changes aren't as urgent.

"If we don't understand the labor market in the United States, we won't have policies that reflect how it works," said Stephane Kasriel, CEO of Upwork, an online freelance marketplace.