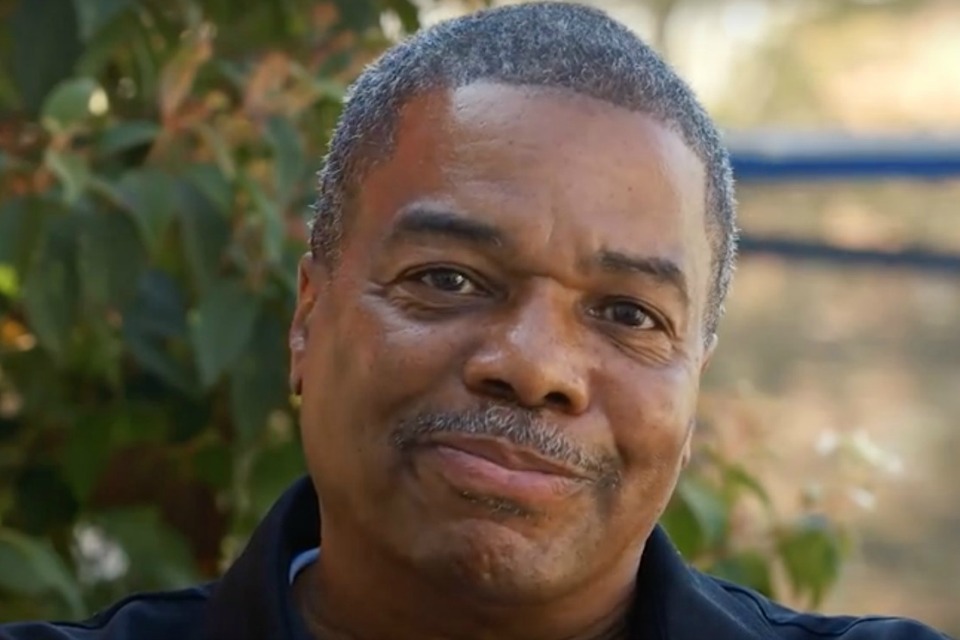 WASHINGTON -- Nearly a year ago, Washington, D.C.  native Evans Ray, Jr. was inside a prison cell serving a life sentence and unsure of when or whether he would be released.   Today, he’s home surrounded by his family and beginning a life far different from the one he left.

In 2004, Ray was convicted of selling 60 grams of crack cocaine, which at that time normally carried a sentence of 10 years. Two prior low-level drug convictions and new enhanced sentencing guidelines created under the nation’s “War on Drugs, however, resulted in Ray being sentenced to a mandatory minimum sentence of life in prison.

“I made a terrible mistake and it cost me everything,” Ray said. “That was a death sentence. I knew I was going to die in there.”

Ray, 57, said as a young man growing up in the District of Columbia, he believed the quickest and easiest way to make money was drug dealing.  Spending the rest of his life in jail was not something he had planned.

The inordinately harsh sentences created for crack cocaine were frowned on by many long before then-President Barack Obama and Attorney General Eric Holder began drawing attention to them during his administration.

For instance, the judge who sentenced Ray told him during his trial in 2004 that he believed the judgement was “cruel and unusual,” Ray said.

Ray’s mother, Gwendolyn Bell, thought so, too.  Bell, a retiree, said she believed her son should have been punished for his crime, but not so harshly.

“I think he should’ve done some time for the crime, but not the life sentence without the possibility of parole,” Bell said.

Ray landed in a penitentiary in Inez, Kentucky, called Big Sandy. The prison, he says, was given the nickname “Killer Mountain” for its violent environment, and its recent history includes a litany of examples of violence between inmates.

Less than a year after being sentenced, Ray was transferred to another prison, the McCreary Penitentiary, a high-security facility near Pine Knot, Kentucky because of his high blood pressure and cholesterol.

While at the new prison, Ray said he heard of then Obama’s Clemency Project and decided to fill out an application. Two months later, Ray said, he was approached by an attorney and told him he had a “poster-child case,” for clemency.

Unsure of his fate, Ray said he decided to write a short, personal letter to Obama as his presidential administration was nearing the end in hopes it would help him be released.

“I’m writing you because y’all only got seven months left and I want to thank you for all of the positive things that you’ve done for the community for all races, white, black, and Hispanic,” the letter said.

In mid-July, he received a response from Obama. The letter didn’t tell him he was released, Ray said. Instead, it advised him to continue to have hope.

Less than Ray’s life sentence was commuted, less than a month after receiving President Obama’s letter.

“When I got the news, I walked to my cell and I put up my (a large poster board) so no one could see in, and I got on my knees and prayed, and I thanked God,” he said.

Now, Ray is back in Washington living with his mother and working as a counselor and mentor at the Community Empowerment Training Academy, a nonprofit organization that provides job training and other services for inner-city Washington youth.

“My job consists of me speaking to the kids in reference to what I’ve been through,” he said. “I tell them to never give up and not to take shortcuts. Nearly 13 years of my life was taken away because I made that bad choice.”

Ray has been looking for work, but it has been difficult, he said, because even though he was granted clemency, he still has a prison record, which scares off many employers.

While working at the academy, Ray said, he’s put out “hundreds” of resumes for jobs without success.   Still, he remains optimistic.

“I’ve looked at different post offices, UPS and other places, but it’s just hard for a guy like me to land a job,” he said. “I choose to be honest with employers at all times because that’s the type of person I am. I know I will get something soon.  It’s just in God’s timing.”

Meanwhile, Ray has been reunited with his four children, ages, 16 to 19, who have introduced him to the world of social media.

“The hardest thing for me is just adjusting to this social media thing,” he said. “Everybody is speeding, like a bunch of zombies with their heads down and their thumbs moving. It’s new to me. When I left, everybody was using flip phones. Now everybody is Googling and texting, and I’m used to calling people.”

He said he wants to help the people who remain behind bars serving what he and Obama see as unjustly harsh sentences.

“I have a passion for speaking and helping people,” he said, “and I can’t forget those good men that have unfair sentences like mine.  There are some good people in prison. Everybody’s not black hearted.”

Ray said he plans on starting a nonprofit that works with other people who have gotten clemency, but for now, he is focused on rebuilding his life by spending time with family and giving back to the community.

“The life that I left,” he said, “is something I’ll never return to.”