Black Churches Being Pushed Out of Nation’s Capital 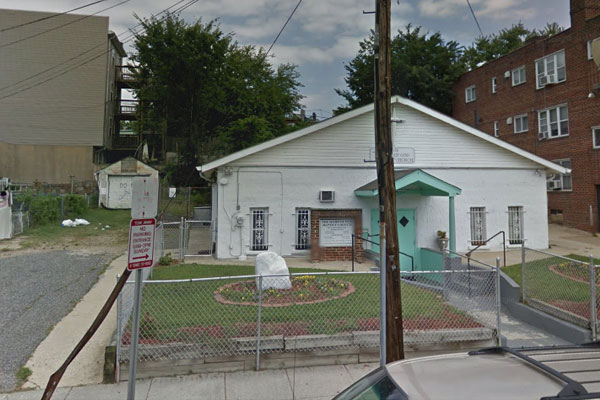 WASHINGTON -- Long-standing African-American churches are disappearing from the nation’s capital one at a time, like victims in an Agatha Christie murder mystery, the culprit – residential only parking.  As the city’s new, mostly white residents push for special neighborhood parking, they are inadvertently forcing churches out of the District of Columbia, city officials and church members said.

On K Street in Washington’s southeast neighborhood, two churches have been demolished since August. In their places are empty, gated plots of land sit waiting to be developed into condominiums. Word of God Baptist Church, once located at 1512 K St., and nearly century-old Mount Paran Baptist Church two blocks away have sold their property and relocated to Prince George’s County in Maryland. City officials said many other churches have done the same including, Metropolitan Baptist Church, a church attended by former President Bill Clinton.

As apartment buildings replace old businesses and homes, parking is getting tighter in the District.  Now, residents can petition for exclusive street parking, known as resident zoned parking. Once a street is zoned, vehicles without the appropriate zoning sticker are limited to only two hours of parking during the hours designated on the sign. As a result, one person’s solution becomes another person’s problem.

“There are known problems in the past couple of years where people had to pay $250 for coming to church on Sunday,” Wiggins said. “People have to decide between coming to church and getting a ticket. That hurts the church, especially if those parishioners are living in Maryland.”

Not only is Sunday parking an issue for church members, but also during the week, said the Rev. Dwayne Gilliam of The Word of God Baptist Church.

“Residents made it challenging at times,” Gilliam said.  “There were instances where they called police to ticket us, not just Sunday, but during the week when we had classes, like bible study or prayer meetings.”

Deacon Paul London, president of the missionary ministry at the church, said he received at least two tickets attending either a bible study or prayer meeting.

“We had to go down to the police station and explain to them that we park there because of bible study,” London said.  “They kind of eased up on the ticket writing, but they started again when the community started complaining.”

According to London, over the past 15 years, members of various churches have been moving out of the District because of high taxes and expensive real estate. Suburbs outside the city are more appealing because of the affordability.

Stacey Smith, a member of Word of God Baptist Church for about two decades, says about 70 percent of the congregation is from outside the District, which meant that members were traveling from Maryland to participate in Sunday service and other events.

“When we saw the changes in our neighborhood, it became very difficult,” Smith said. “We would argue, fight, try to get permits for us to park there. It felt like they were trying to push us out.

“There were a lot of handicap signs in front of our church.  So our members couldn’t even park there. That went on for the last two years we were there.”

Though the issues with parking might have been a nightmare, members said they have benefited from the churches relocating.

Officials at Metropolitan Baptist Church at now in Upper Marlboro, Md.,  near the Washington professional football team’s stadium,  said because of the move and they are closer their members and they have a larger facility.

Member Phyllis Davis said she is extremely pleased that she is now five minutes away from church.

Word of God Baptist Church is also closer to the congregation and has expanded dramatically.   According to Deaconess Janet Humphrey, the church administrator, the new site is about four times bigger than the old site.

The K Street site was a one room church, squeezed between townhouses. It could seat about 100 people. The new church in Prince George’s County has balcony seating and a basement that houses the fellowship hall. The church now has its own parking lot and is surrounded by trees and grass. Across the street there is a soccer field and in the back, there is a playground just a couple of steps away from the church.

“We have more opportunities,” Smith said. “In our old location we had two buildings, the church and then an apartment building right next to it. Now we’re all under one roof; the children don’t have to be in a different place,” she said.

Gilliam said the church is planning to expand its programs and services for the community.

“The pastor had some visions of a school and daycare and things like that,” he said.

London said things are much better.

“Everything seems more tranquil,” he said. “Now the kids have a place to run, and I have yet to see a ticket.  So, we’re happy.”