Should White Mom Be Paid For Brown Baby Mistake? 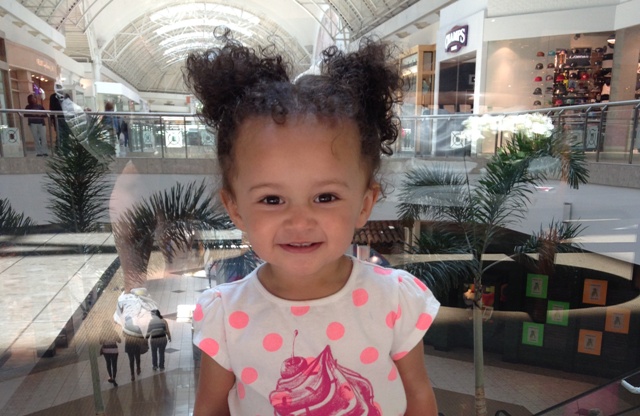 What is the price of being forced to raise a brown baby?

It's an unusual question, arising from an unusual lawsuit prompted by an insemination gone wrong. And it has set off an extraordinary discussion touching on sensitive issues of race, motherhood, sexuality and justice, though the debate begins with one basic premise: You should get what you pay for.

Jennifer Cramblett and her wife, Amanda Zinkon, wanted a white baby. They went to the Midwest Sperm Bank near Chicago and chose blond, blue-eyed donor No. 380, who looked like he could have been related to Zinkon. When Cramblett was five months pregnant, they found out that she had been inseminated by donor No. 330 — a black man.

"The couple did not get what they asked for, which was a particular donor. The company made a mistake, and it should have to pay for that," says Jessica Barrow, an information technology professional in suburban Detroit.

Barrow is black and lesbian, with a white partner. They considered insemination of the white partner before choosing to adopt. When looking at donors, they wanted sperm from a black donor, to create a biracial baby that would have shared some physical characteristics with both of them.

"They're not saying anything racist, they're not saying we don't want a black baby," Barrow said of Cramblett and Zinkon, who profess their love for their now 2-year-old daughter. "They're saying, we asked for something, you gave us something different, and now we have to adjust to that."

That "adjustment" is a major justification for Cramblett's lawsuit. It cites the stress and anxiety of raising a brown girl in predominantly white Uniontown, Ohio, which Cramblett describes as intolerant. Some of her own family members have unconscious racial biases, the lawsuit says.

That leads some to believe that Cramblett is asking to be paid for the difficulties that many black folks — and white parents of adopted black children — deal with for free.

Strangers have asked Mullen why she didn't adopt a white baby. One remarked in front of her white then-husband that Mullen must have cheated with a black man. Too many white people to count have pawed her daughter's hair.

"It's hard, but being a parent is hard," says Mullen, who lives in Southern California and is author of "Chocolate Hair Vanilla Care: A Parent's Guide to Beginning Natural Hair Styling."

"Being a parent is going to throw things at you that you never expected, and we make a decision that we're going to roll with it, because we love our kids and they deserve it," she says.

Mullen agrees that a company should be held liable for promising one thing and doing another. But she thinks the fact Cramblett waited more than two years to sue indicates that the experience of raising a black child is her real problem.

"When you say this is too hard, I didn't deserve this, this is too much for me to handle, then the child internalizes it and it affects their self-esteem," she says. "It's my job to pour self-esteem into my daughter, not tear it down."

From the days of American slavery through the 1960s, white men fathering children with black women was commonplace and tacitly accepted — yet there were few things as scandalous as a white woman with a brown baby.

That history makes Denene Millner, author of the MyBrownBaby.com blog, say that the lawsuit is "rooted in fear . stuck in the muck and mire of racism and the purity of white lineage."

"She simply cannot fathom dealing with what it means to, in essence, be a Black mom, having to navigate and negotiate a racist world on behalf of a human she bore, in an environment of which she is a product," Millner wrote.

He notes that due to supply and demand, it costs about half as much to adopt a black child as a white one, and many black boys in foster care are never adopted.

"This lawsuit demonstrates quite nicely the value of skin color," says Smith, a professor at Wichita State University.

Yet Cramblett's defenders say she should not be held responsible for being unprepared.

"White people who aren't affiliated with black people don't necessarily understand the challenges that black people face in all facets of their life. This couple wasn't expecting that, and now they have to deal with it," says Rachel Dube, who owns a youth sports business in New York.

"She didn't ask for a biracial baby. She was given one, she loves it, she adores it, now she's facing challenges and admits it. That doesn't make her a racist," Dube says.

"You can't fault her for what she was not exposed to," she says. "Her only obligation is to love and raise her child in the best environment possible. And if the money will help her do that, then good for her."

Jesse Washington writes about race and ethnicity for The Associated Press. He is reachable atwww.twitter.com/jessewashington