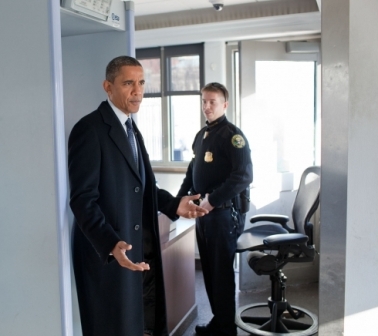 SAN FRANCISCO (AP) -- The so-called birther movement was dealt another legal blow Thursday when a federal appeals court tossed out a lawsuit challenging President Barack Obama's U.S. citizenship and his eligibility to serve as commander in chief.

The 9th U.S. Circuit Court of Appeals ruled that none of the challengers had legal standing to file the lawsuit on Jan. 20, 2009, the day Obama was inaugurated. The three-judge panel cited various reasons for disqualifying six sets of plaintiffs, who included Obama's political rivals, taxpayers and military personnel.

The birther movement has filed multiple lawsuits over the issue, so far with no success. Its leaders have lost similar challenges before the U.S. Supreme Court and the California Supreme Court.

The U.S. Constitution says only "a natural born citizen" may serve as president. The challengers allege that Obama, whose father was Kenyan, was born in that African country, rather than the U.S. state of Hawaii. They claim his Hawaii birth certificate is a forgery.

The appeals court didn't address the authenticity of the birth certificate, instead ruling that the challengers couldn't show "concrete injury" from the allegations.

The taxpayers listed in the lawsuit, for instance, failed to show how the citizenship question affected any federal taxing and spending provisions.

The lawsuit was filed in 2009 by 40 plaintiffs, including conservative activists Alan Keyes and Wiley Drake, who ran for president and vice president respectively as members of the American Independent Party against Obama in 2008.

They alleged they had standing to file a lawsuit because of their interest in competing in a fair election. Libertarian Party vice-presidential candidate Gail Lightfoot was also a plaintiff.

Judge Harry Pregerson, writing for the three-judge panel, said Keyes and Drake waited too long to file their lawsuit. The election was over and Obama was already sworn in when the lawsuit was filed.

"Once the 2008 election was over and the President sworn in, Keyes, Drake, and Lightfoot were no longer `candidates' for the 2008 general election," Pregerson wrote. "Plaintiffs' competitive interest in running against a qualified candidate had lapsed."

Taitz said she has filed similar lawsuits in five states and has two other federal appeals pending in Washington, D.C.