Calls for changes in the way Portland police do their job are coming to a boil over the next week, as members of the public will have two major events to make their voices heard on the issue of police accountability.
A public forum on the 2006 beating death by police of James Chasse Jr., and the wider issues of law enforcement in the community, is this Sunday at Portland State University, hosted by the Citizens Review Committee of the Independent Police Review Division of the city auditor's office.
Then Thursday, March 18 at 2 p.m. Commissioner Randy Leonard has scheduled a hearing on his and City Auditor Yvonne Griffin-Valade's proposal to tighten civilian oversight of the police bureau at the City Council.
Meanwhile the Albina Ministerial Alliance's justice committee has issued a list of demands to city leaders for basic law enforcement reforms, which they are using as a yardstick to measure the new city proposal.

The city officials call their plan a "comprehensive overhaul" that gives the IPR director the power to investigate police misconduct and subpoena witnesses, as well as review police investigations, force reviews of misconduct cases, and recommend disciplinary action to the 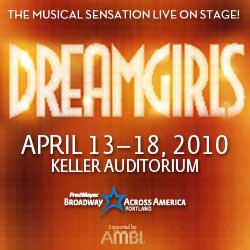 The proposal would create an official Police Review Board which makes its decisions public.
"These changes lay the groundwork for the IPR to become one of the most effective police oversight systems in the country," Leonard said today on releasing the proposed new policies. "We are about to enter a long-awaited era of police accountability in Portland."

Police accountability watchdog Dan Handleman of Portland Copwatch calls the Leonard/Griffin-Valade proposal "something but not enough."
First of all, Handleman says the rewrite does nothing to change the most fundamental flaw in the entire police review process: the "underlying structure of police investigating police."
"The entire structure of the IPR is such that – and I know this from experience because we run an incident report line here—that it's called the Independent Police Review Division, a person calls them up and they say, 'No we're not with the police, don't worry, just tell us what your complaint is,' and then if the IPR decides it warrants an investigation, they turn it over to the police," Handleman said.
"When you tell a person who feels they've been mistreated that, you can hear this audible gasp on the other side of the phone," he said.
"It's like, 'The police are going to investigate the police doing something to me, why would I even do that?'"
Handleman is critical of the idea of giving the IPR director the power to decide which cases to investigate – rather than allowing the citizens on the review committee to do it.
Also, the activist says, the proposal isn't clear on whether the new review board could investigate shootings and police-caused deaths in custody, and apparently doesn't take into account a new effort by CRC members to come up with reforms, an outline for which is upcoming after the Chasse forum.
The bottom line, Handleman argues, is that this new proposal is too slap-dash and hasn't been well thought-through.
"The 'Police Review Board' part similarly has some improvements (particularly that IPR can vote and the board has to publish its findings) but needs more work as well," Handleman wrote in an email to The Skanner News.
Portland Copwatch has on its website a list of the top payouts made by the City of Portland due to police misconduct – however it does not include settlements in the James Chasse Jr. case, which so far include nearly $1 million paid out last year by Multnomah County.
http://www.portlandcopwatch.org/top25settlements08.html

The Citizens Review Committee's James Chasse forum is Sunday, March 14, from 2 to 4 p.m. at Hoffman Hall on the campus of Portland State University, 1833 SW 11th Ave.
The forum is also open to comment about other recent cases such as the recent police shooting of Aaron Campbell, and any other personal experiences and concerns the public may have about community accountability for law enforcement.
Four years ago Chasse, 42, died in police custody after allegedly urinating in a Pearl District street. The county medical examiner determined the cause of death to be blunt force trauma to the chest, including 16 broken ribs and a punctured lung.
Multnomah County Sheriff's Deputy Bret Burton, as well as Officer Christopher Humphreys and Sgt. Kyle Nice of the Portland Police, chased and wrestled Chasse facedown on the pavement and cuffed his hands behind his back.
Witnesses testified that Chasse, who suffered from schizophrenia, was kicked in the head and chest by the arresting officers after being cuffed.
Multnomah County paid out a record-setting $925,000 to Chasse's family, with AMR reportedly settling for $600,000.
Chasse's family brought a wrongful death lawsuit against the City of Portland, which for the past three years has refused to a settle. Oral arguments were scheduled to begin in the case in mid-February, but now city officials are reportedly negotiating a payout.
The CRC staff says it will use the public input at the Chasse forum to "identify policy issues raised by the community and make recommendations for policy changes to the Auditor's Independent Police Review division and to the Portland Police Bureau itself."
A subcommittee of the nine-member volunteer citizens' panel has already met for months to discuss their own proposals for accountability reform.
The event is co-sponsored by the nonprofit mediation organization Resolutions Northwest, and the Portland State University Student Veterans Association.
For more information, or to leave your own comments on the issue, call the CRC at 503-823-0926 or e-mail your testimony to crc@ci.portland.or.us .
The Mental Health Association of Portland is also actively engaged on this issue, at http://www.mentalhealthportland.org .

Meanwhile the Albina Ministerial Alliance Coalition for Justice and Police Reform last week unveiled "five necessary changes to prevent the future death of another Aaron Campbell, James Chasse, James Jahar Perez, Jose Mejia Poot, Kendra James and others."
The coalition wants:
1. A federal investigation by the U.S. Justice Department to include: Criminal and civil rights violations, as well as a federal audit of patterns and practices of the Portland Police Bureau.
2. Portland City Commissioners to strengthen the Independent Police Review Division and the Citizen Review Committee with the goal of adding the power to compel testimony.
3. Portland Police Bureau Chief Rosie Sizer and the Portland City Commissioners to fully review the bureau's excessive force and deadly force policies and training with diverse citizen participation for the purpose of making recommendations to change the policies and training.
4. The Oregon State Legislature to revisit former Senator Avel Gordly's bill to narrow the language of the Oregon State Statute for deadly force used by police officers.
5. The district attorney to establish a special prosecutor for police excessive force and deadly force cases.
The group noted today that the Leonard/Griffin-Valade proposal only includes one of their demands: subpoena power for the IPR.
The AMA's new coalition for police reform has launched a lively and frequently-updated Facebook fan page linked to their website, http://www.albinaministerialalliance.org