One organization is helping to keep the memory of Oregon's first Black settlers alive.
The Oregon African American Museum is moving toward reality, steered by the Salem-based Pacific Northwest Black Pioneers.
Now they just need more organizations and individuals to step up and lend a hand by hosting history forums in their local communities encouraging more African Americans to share their family heirlooms and tell their stories.
"We are part of the total story of Oregon, and there would not be an Oregon if it were not for the Black pioneers making a contribution to history in their communities throughout and around the state," says PNBP Chair Willie Richardson.
"The story is not whole until you have the stories of all the communities included in it."
The project started in 2007, with talks involving former Governor Victor Atiyeh, Randy Compton, CEO of Pioneer Trust Bank; Lee Pelton, president of Willamette University; Mary Oberst, First Lady of Oregon; Janet Taylor, mayor of Salem; and Richardson.
The enthusiastic and committed group immediately moved to form startup committees and gain nonprofit status.
In the short time since, people around the region have donated fascinating items of interest, and signed on the Oregon Historical Society to help store and preserve them, with an eye towards opening a permanent Salem-area facility just for African American history.
For example, Robert Ridgway donated the barber's chair belonging to the pioneering Bogle family's barber shop, which had been housed in the basement of Portland's Golden West Hotel.
The idea for the museum is an offshoot of the newly revived Pacific Northwest Black Pioneers organization, which has existed for years but gained new, active members recently who have spent countless hours researching material and traveling around the state to speak with historical societies, particularly those in rural areas. 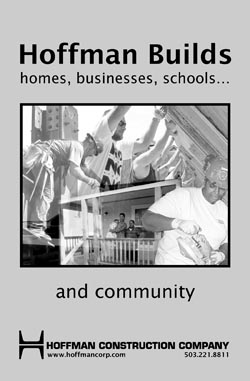 The group is an all-volunteer nonprofit. Founded in 1993 and incorporated in 1994, its mission is to recognize and commemorate the contributions of African-Americans in the historical development of Oregon and to educate Oregonians about that history.
The organization was inactive from 1996 to 2004; at that point, new leadership emerged to continue its programs, including research and exhibits, scholarships, and youth development.
"I think for me the joy of telling the stories as the stories are, and not drawing any particular conclusions from them," Richardson says. "The thing that has been most heartening and most exciting for us and for me is as we have begun to share these stories, more and more people are open to sharing stories about their own families and their connections to African Americans who were here in the past."
The group's active board of directors works with community volunteers under the guidance of academic consultants and historical organizations to do research, compile historical information, and present its findings through oral presentations, exhibits, and publications.
The organization maintains a strong working relationship with the Marion County Historical Society and has been collaborating with groups such as the Mission Mill Museum and Polk County Historical Society in doing research, preparing 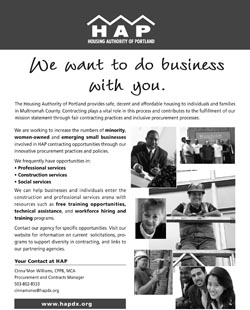 presentations, publishing findings, and developing exhibits.
"I think what is happening is us making every effort to tell the stories, we're doing it in such a way that it is not causing anyone to feel pain or feel like they have to somehow apologize for their parents," Richardson says. "It's just the story being told as it is, because it is an important part of the history of Oregon."
Since 2004, the Oregon Northwest Black Pioneers has continued its research and created presentations, displays, and exhibits on Oregon Back history for an array of secondary schools, colleges, civic clubs, and historical societies.
It has presented exhibits at a variety of venues, including an educational booth at the World Beat Festival in Salem each year and exhibits at the Heritage Museum in Independence, the Salem Public Library, the Sheep and Shawl Day at the Mission Mill Museum and Family Fun Day at the Oregon Historical Museum in Portland.
The organization's work with the Friends of the Pioneer Cemetery in Salem led to the discovery that there are more than forty Back pioneers buried at the Pioneer Cemetery (in both marked and unmarked graves). In 2007, the Oregon Northwest Black Pioneers presented the City of Salem with a stone marker for the cemetery to honor the memory of those pioneers.
For the last few years, the Research and Education Committee has been working with Meadowlark Publishing Service of Corvallis to produce a Back history of Marion and Polk counties, scheduled for publication this year. 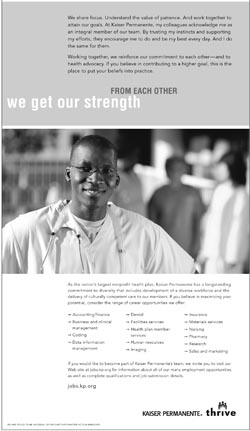 In 2009 an academic mentoring and enrichment program was initiated in partnership with the Salem-Keizer School District to prepare high school students of African-American heritage to be successful in high school and college by developing effective study habits, preparing for SAT/ACT examinations, submitting college applications, and applying for financial assistance and scholarships.
Richardson says her group is needs more volunteers and involvement.
"We need folk who have information and are willing to contact us and share that information with us," she said. "We need folks willing to – even if it's a one-time effort – do research on any information that we come up with because one of the things that we want to make absolutely certain of is that we are putting factual information that we can verify."
Richardson says they are actively seeking individuals all over the state to hold community forums in their neighborhoods, as well as financial contributions.
"This is not going to be a $25 museum — we are looking for people from around the world to come and tour this museum," she says.
Pioneer Trust Bank of Salem has donated office space at 117 Commercial Street NE, Suite 210. Contact the museum at oaam@qwestoffice.net, or visit www.oaamuseum.org/.