For years, there has been a growing consensus that the tax burden on low-income families is too high in Oregon, says Joy Margheim, a policy analyst with the Oregon Center for Public Policy. 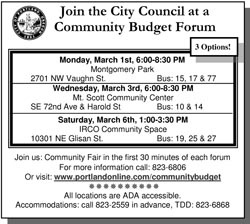 "It's been a policy that gets bipartisan support," Margheim said.
The Earned Income Tax Credit is a federal tax refund credit for working families with children, as well as certain working individuals. Oregon is one of 24 states that add an additional state credit to further assist working families rise above the poverty line.
"Our tax system does ask for more of a share of a low-income taxpayer than a high income one," Margheum told The Skanner News.
If put into law, Senate Bill 1044 would increase the EITC from 6 to 8 percent, giving about 200,000 households an increased tax return, from an average $258 to $774, according to Oregonians for Working Families, a coalition of 98 groups supporting EITC reform. The bill would phase in the increase in the credit by 3 percent a year until it reaches 18 percent. Rosenbaum says it would cost $34 million in the 2011 to 2013 budget cycle. She says they haven't yet figured out a way to pay for the drop in revenue, should the bill pass.
But Rosenbaum and her supporters think expanding the EITC is the easiest and best way to improve the fairness of the tax code for low-income Oregonians. 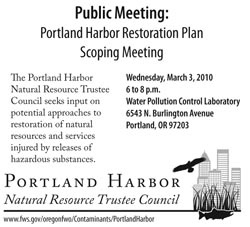 "We do tax wages at a very low rate of income in this state," Rosenbaum said.
The tax credit enjoys wide support among both political classes, it identifies mostly families who work and applies evenly across the state. The refund would also likely be immediately returned into the local economy as low-income families use a much higher percentage of their wages to pay for basic services than their higher income counterparts.
"I'm a single father with five children," Ian Finch told lawmakers during a hearing for the bill. "When I became a single father, I was overwhelemed with what was going on. I qualified for the EIC, and used it to purchase a minivan, so we didn't have to wait for buses. I got family involved in other things, used the EIC to take my family on vacation for the first time. I'm no longer in that tax bracket. I used it to benefit my family."
At a time when legislators are scrambling to meet current budget requirements, even after the passage of Measures 66 and 67, it's easy to see why the bill is virtually dead this session. Rosenbaum says that although it didn't make it out of the Senate Finance committee, she's confident the bill will enjoy enough support next session.
In addition, Rosenbaum saw the passage of another sponsored bill, the Job Application Fairness Act, which will, if signed by the governor, make it illegal to access credit reports as part of a job interview, unless the credit report directly reflects the position.