On Sunday mornings you can find Mathew Williams at Highland Christian Center. The church moved to its current location on Northeast 76th and Glisan Street in 2005 after outgrowing its former building at Northeast 18th and Alberta Street. "I've been going to Highland for 13 and a half years," Williams says. "We went from 20 to over 1,000."

Highland's move out of its traditional Black neighborhood mirrors what is happening to the community as a whole. The gales of gentrification have swept through neighborhoods, snatching up Black families and dispersing them to the edges of the Metro area.
In Portland, the tight-knit Black community that grew up in North and Northeast Portland, from the influx of shipyard and railroad workers during the 1940s, has moved to Troutdale, Gresham and Lents in the east and to Beaverton and Tualatin to the west.
For Portland's Black communities of faith, that means many more people traveling many more miles for worship and fellowship — especially on Sunday mornings.
Today Highland, which offers a wide range of social services and televises its services, can accommodate 1,500 people. Many come long distances to attend services, Williams says.
"I know one lady who's been coming for five years from Salem," he says, "and another who comes from Gresham. It's a special relationship – it's family. Everyone is welcome: you'll see people in suits and in jeans. It's a come-as-you-are church, and that's why people like it." 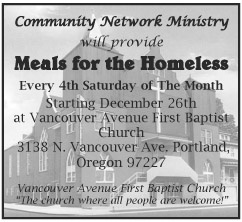 Today just 23 percent of Oregon's Black citizens live in North Portland, compared to 50 percent in 1990. Multnomah County still is home to about 64 percent of Oregon's African Americans, and 80 percent live across the Portland metro area.
"We have a larger contingent of folks in Vancouver, Gresham and Beaverton," says Bishop C.T. Wells of Emmanuel Temple. "I think all of our churches have seen their communities become far more dispersed."

Pastors who spoke to The Skanner News agreed that people are traveling longer distances to attend church events, which means some people are less involved.
"If you're closer in you may attend more services and you may be more engaged than if you are further out," Bishop Wells said.
Rev. Fred Woods of Calvary Christian Church said the focus at his church has been on social activism, which is more to difficult to accomplish when members are spread out. 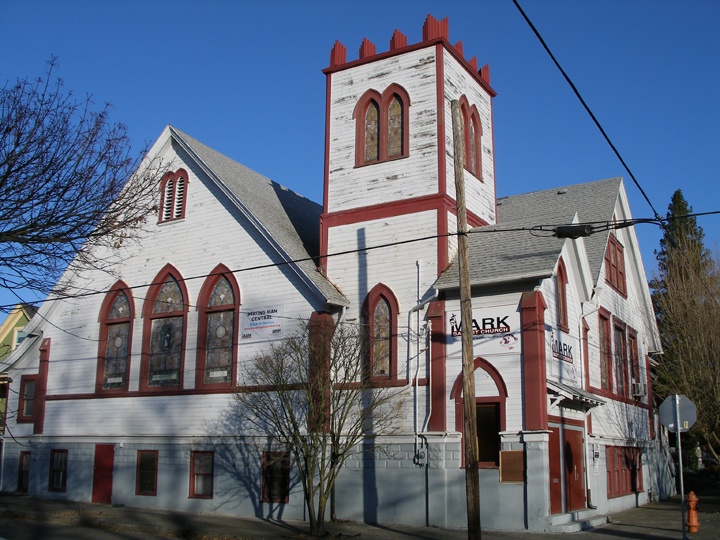 "People are moving away because they are moving to where they can afford," Woods said. "It has been a big strain on some of those who have had to commute in."
Woods has noticed an impact on how active his congregation can be.
"Every year we have had summer camps and this year we may have had 30 youth – whereas in the past we had double that," he says. This year, with so many people struggling financially, the impact has worsened.
"I've had individuals saying: 'I didn't show up Pastor, I just didn't have the gas to make the trip."
The scattering of Portland's Black diaspora raises fears of isolation and loss of the minimal political clout African Americans have achieved in this predominantly White landscape.
"Development is not always bad," said Rev. Dr. Leroy Haynes, of the Albina Ministerial Alliance. "But when it displaces people and the previous residents are not involved in development then it can have adverse consequences.
"Once people move out of the city and county limits and the mass of the voting block is diluted, the African American vote loses out," Haynes said.
On a more personal level, nothing can replace the daily contact within African American communities—the minor yet vital relationships that support and confirm our place in the world. Living as a minority in a White majority world makes for a struggle to claim identity. Spiritual communities exist to connect people to the divine, but they also confirm and expand that crucial sense of connection to others like ourselves.
That's why people suffer when they can't attend church as often, says Bobbi Smith, a steward with Bethel AME church. "You miss, not just the service, but you miss those people, that connection of fellowship and friendship," she says. "You're feeling lost out there away from the people you are most comfortable with. People come where they can find that love – where it is coming from people you have known over the years. They miss that love."
Bishop Wells and Rev. Leroy Haynes say most people are glad to make that trek back to their church home.
"I think the vast majority are still coming in to the inner city, but they are more intentionally choosing what they will come back for," Rev. Haynes said. "Especially in this difficult economic time when they have limited resources, they may say instead of coming in on a weekday I'll come on Sunday."

At the Muslim Community Center, last Saturday, Dec. 12, a married couple arrived looking for fellow believers who might help them through a sudden financial crisis. With unemployment in Portland's Black community estimated at above 20 percent, it's a scene that is playing out at churches across the city.
Many churches told The Skanner News that 2009 brought new challenges to their congregations, as well as to individuals.
"People are struggling in ways they have not experienced before," says Cecil Prescod, youth minister with Ainsworth United Church of Christ. "A number of families are struggling with loss of income – that's an ongoing challenge for the congregation. A number of people have lost jobs and need help to meet expenses. People are affected by loss of health insurance and they are struggling to meet mortgage payments. The current economy has also affected people's ability to contribute financially. Responding and helping families within the church is something we have always done. Now it's more difficult in that we see an increased demand."
And Pastor Chuck Lindholm of New Song Church said church resources have been stretched to the limit this year. "We're doing at least twice as 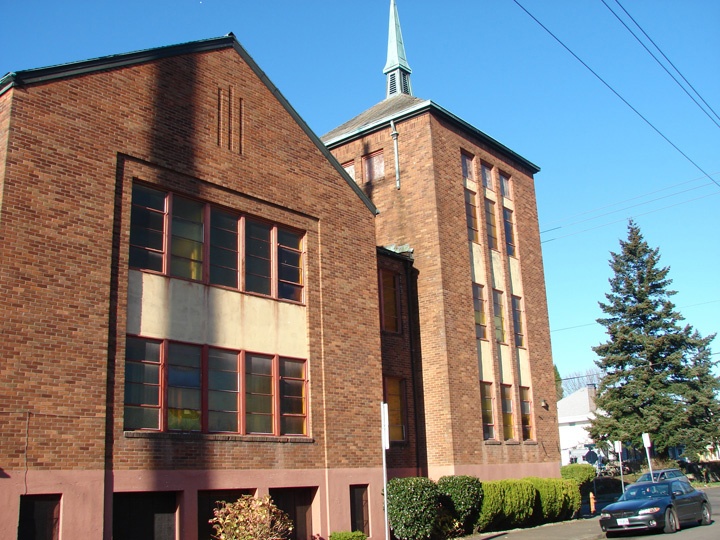 much as we've ever done – just the volume," he says. "In years past people needed help just to get over the hump, but this year they're needing more help for a longer time. It's been a challenge…. We're actually at the end of our funds for this year, which is very sad."
Some churches running food programs and other practical help programs are struggling to meet the increased need. Every year Calvary has opened its doors to homeless people, offering food and shelter during cold weather. But heating the spacious building costs $2,700 a month, Rev. Woods said, and the money is simply not there.
"We're a mission ministry and normally we're open seven days a week," he said. "This year we have not been able to open – financially we just weren't able to do it."
Woods hopes that as the church grows and brings in new neighborhood residents, money will become available to do more for poor and homeless people.