Helen Silvis and Lisa Loving of The Skanner
Published: 04 March 2009 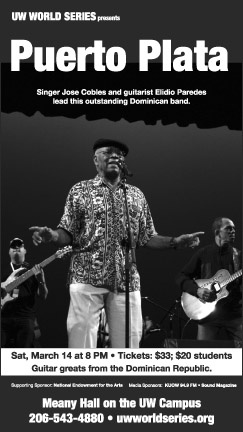 Black kids and White kids in the Portland metro area are basically achieving academically at the same rate – but the high rates of gentrification that push poorer families away from their neighborhoods are disproportionately disrupting African American children's ability to learn.
Those are a few of the findings of a new report commissioned by the Black Parent Initiative and the Chalkboard Project, and conducted by EcoNorthwest.
The study, while examining why African American students lag behind White students in academic achievement, found that Black students are more likely to switch schools at every stage of their school careers.
It also identified some metro-area schools that have posted some successes in closing the achievement gap – as well as schools where the gap is widening.
"This report should provide the framework so that we can move forward at a greater pace toward achieving equity between White students and students of color," said Doug Stamm, chair of the Chalkboard Project.
The study analyzed students in six Multnomah County school districts. It found that African American students are learning just as well as White students, making the same rate of progress, but Black students start out about 1.5 grades behind and the gap persists through high school.
In elementary grades, Black students are 1.5 times more likely than White students to move schools – and by high school they are twice as likely to change schools.
Charles McGee, director of the Black Parent Initiative, says the report's findings are not limited to students.
"We also found that there's also a high mobility even in teachers, at schools that have predominantly Black populations," he said.
Teacher turnover impacts Black students more than White students. Black students are more likely to have a teacher who is new to their school.
The report identified several schools that are slowly closing the gap in either math or reading. In math, it singles out Grout and Hollydale elementaries, Hosford Middle School and Reynolds and Grant high schools. Schools closing the achievement gap in reading are: Shaver and Sabin elementaries; and Dexter, McCarty, Gray, Sabin, Mt. Tabor and George middle schools. At all these schools Black students are learning at a higher rate than the Multnomah County average.
Despite the gains of students at some schools, McGee says the efforts still lag way behind what is needed.
"I'd say the most alarming thing we saw is that there's not a school in Multnomah County that can say they are teaching Black children well, there's not one school where they're either meeting, and/or exceeding, or even sort of touching the benchmarks in math and reading. Not one school."

A parent, Cynthia Traylor urged Black parents to get involved and advocate for their children. She said her son is doing well at a PPS alternative high school, which teaches courses in welding and other practical subjects.
"Success is not always what is standardized," she said. "It is what is best for a particular child."
Part of the issue illuminated by the report, McGee says, is that academic achievement of youth is linked to housing, jobs and development.
"The education system in this country is completely complex, it's a $72 billion industry, and that all these things are connected," he said. "Where will you build the next public housing is so interconnected to student achievement for two to three years, and it's even connected to the teachers that teach at this school."
McGee said the Black Parent Initiative plans next to launch a process that brings together members of the Black community as well as business owners and development agencies to look at long-term strategies to bolster students in their neighborhoods.
According to the report, about 40 percent of the achievement gap disappears when poverty is taken into account. At least part of the difference between Black and White students can be explained by higher rates of poverty for Black families.
"We've had this conversation in the community and the broader community, we need to talk about what the business community feels about this stuff, we need to engage them because ultimately if the achievement gap continues to look the way that it looks, it impacts our workforce," he said. "We can't talk about the economic liability of people of color, and specifically of Black people, in this region, if we do not close the achievement gap."
County chair Ted Wheeler said the report would help policy makers promote equity for students. For example, funds can be targeted to programs that support minority students. Wheeler pledged to work with other education and policy leaders to close the gap.
"It's completely doable," he said. "We have the ability to close the achievement gap and we have the ability to do it relatively quickly."
Education leaders at the conference – including PPS Superintendent Carole Smith, and former PPS school board member Lolenzo Poe, said they plan to continue working to identify what is happening in the schools where the gap is being closed.
We can't support systems that don't offer success for all," Smith said. "This report will help us hone in on what we need to do."
The Black Parent Initiative offers programs that support parents who want to help their children succeed in school.