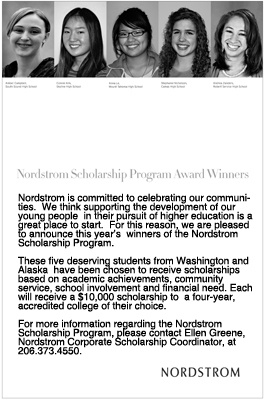 DENVER (AP) -- Two things Brian White never saw in movies growing up: cowboys or presidents that look like him.
But the Black bull rider is participating in his fourth all-Black rodeo at the National Western Stock Show in Denver on the eve of the inauguration of Barack Obama as the first Black president. It's enough to make this cowboy draw a deep breath getting ready for his ride.
"It kind of sends chills up your spine,'' said White, 41, a recreational therapist in Oklahoma City when he isn't riding bulls. "The Old West, you know, it was always misconstrued that we weren't there. In the movies, you never see African American cowboys. Never. You might see an African American outlaw, but that's it.''
There was record interest Monday in the African American Heritage Rodeo at the stock show, held each year on Martin Luther King Jr. Day, as inauguration fever reached even the dusty ring of the rodeo. Stock show horses appeared in Denver's holiday parade, the largest outside Atlanta, promoting the heritage rodeo for the first time. Attendance estimates weren't immediately available, but thousands were pouring into the Denver Coliseum Sunday evening for the show.
In addition to classic rodeo events such as steer-wrestling and bareback riding, festivities included a re-enactment by riders dressed as Buffalo Soldiers, Black servicemen who made up a third of American forces in parts of the West in the late 19th century.
"Nothing in my history books ever mentioned that there were so many African Americans serving in the West at that time,'' said re-enactor Ray Brown of Fort Lupton, Colo., who performs in Buffalo Soldier re-enactments at rodeos and schools. ``I was stunned when I found out. That's what got me interested in all this.''
Many of the Black cowboys competing in the rodeo downplayed the significance of competing on the eve of Obama's inauguration. Due back to work Tuesday at their day jobs, laying asphalt or teaching or horseshoeing, many of the competitors didn't even plan to watch the ceremony on TV.
"I wish I was in D.C. But I've got to go to work,'' said Rico Gilbert, a 23-year-old rider who planned to drive home through the night to be at work Tuesday.
Gilbert said he'd try to catch a rerun of the ceremony later.
"To me, it's a big deal,'' Gilbert said of Obama's inauguration. "We've got a Black president. Things might change.''
But first, the cowboys had to get ready for a rodeo competition.
"It's a history-making event, and I'd have loved to be a part of it,'' Donald Goodman said of the inauguration. Goodman, a 44-year-old steer wrestler from Beaumont, Texas, said his brother-in-law was in Washington to see Obama become president live, but Goodman opted to compete in the rodeo.
"Right now, I'm focused on this. The reins Obama's being given tomorrow, I'm not even sure I'd want those,'' Goodman said with a laugh. "I'll stick with rodeo.''